WRC Sardegna Winner Odds: Tanak and Ogier In the Favorites 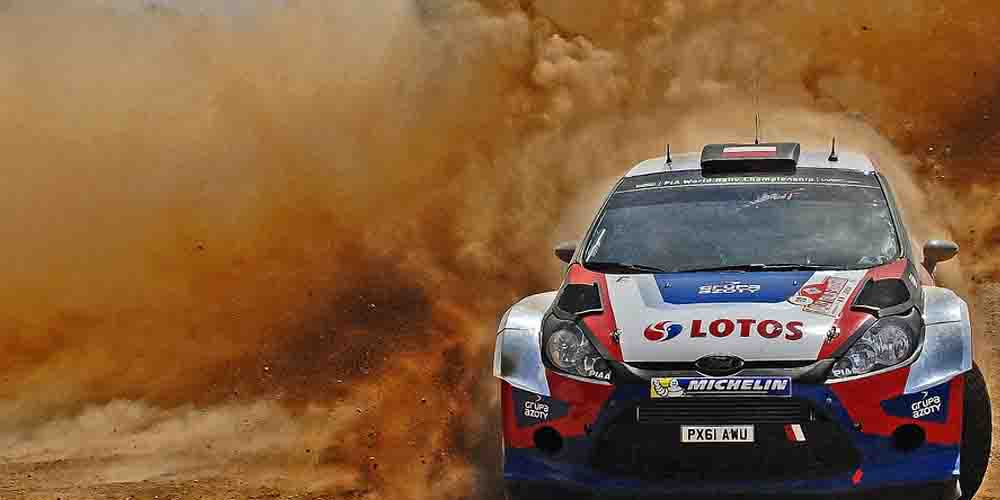 The next race in the World Rally Championship will be held in Sardinia, Italy between the 8th and 11th of October. In the shortened season it will be the last but one race, which makes it more important for all drivers. In the WRC Sardegna winner odds the defending world champion Ott Tanak is the favorite even though he is only in 3rd place in the standings right now.

The Rally Italia Sardegna runs around the town of Alghero on bumpy mountain roads and will take place next weekend. On Friday and Saturday the 64 participating drivers will have a 100km stage ahead of them, while on Sunday the distance will be 60km. Sebastien Loeb has the most, four victories here, but his compatriot, Sebastien Ogier has been also doing great here. This will be the 6th race of the 2020 WRC season with only more left to go in Belgium. British driver Elfyn Evans leads the championship at the moment, 18 points ahead of Ogier and 27 points ahead of defending champion Tanak.

Online sportsbooks in Italy offer the smallest odds, 2.75 for the win of last year’s world champion, Ott Tanak. Even though he is only third in the championship at the moment with a significant deficit from the leader. Tanak and his co-pilot, Martin Jarveoja started badly the new season, after crashing out in the first race. Then came two second-place finishes and a victory on home soil in Rally Estonia.  In Turkey two weeks ago he finished only in 7th place so Tanak needs a win to keep his championship chances alive.

His big rival, the 6-time world champion Sebastien Ogier has also won one race so far, the one in Mexico. The French was doing fine in the season until the last race in Turkey where he was suffering from punctures then engine problems which forced him to retire. But the Italian race is one of his favorites after winning here four times before. Last year though he finished only in 10th place following his mistakes and retirement from the first stage. Now he hopes for a better result with the odds of 4.50 in the WRC Sardegna winner odds.

Last year’s race winner is also in the favorites

Spanish Dani Sordo managed to win the race last year and get his second WRC victory in his career. He was leading after the first stage but got behind Tanak on the second day. But thanks to Tanak’s issues, he could get back the lead and cross the finish line first. This year the 38-year old experienced driver has limited options to race. He took part in only one event, in Mexico where he had to retire. But he might be extra motivated to race and get a great result again. Online gambling sites in Italy offer the odds of 6.50 for his winning.

While current championship leader Elfyn Evans has the odds of 11.00 on 1xBet. The Toyota driver has won two races so far.  Rally Sweden in tough conditions and the last one in Turkey. But even on the other races he could finish in the top 4, making him the season’s most consistent driver. We’ll see if he can keep his form and perform well again in Italy. With another victory he would make a huge step towards his championship title which would be his biggest WRC success.