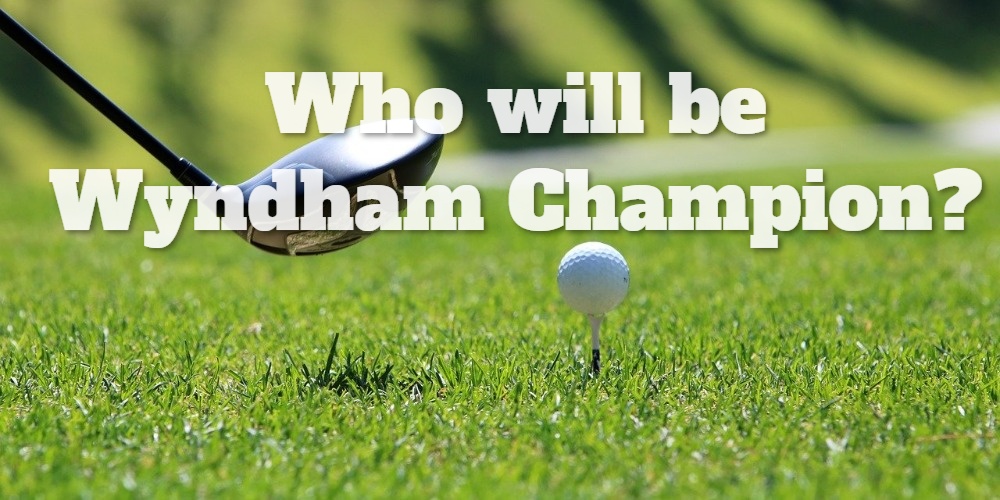 The 2020-21 PGA Tour continues this weekend in North Carolina with the 2021 Wyndham Championship. It is one of the last events of the season ahead of the FedEx Cup Playoffs, offering a final opportunity to earn points. Webb Simpson and Hideki Matsuyama are the biggest favorites according to the Wyndham Championship winner odds. But several other great players will also compete in the tournament who can all win the event.

The first Greater Greensboro Open was held in 1938 and has been held ever since. It was moved to a new date in the calendar in 2003.  And it was also renamed as Wyndham Championship in 2007. But it’s still held in the same location, at Sedgefield Country Club in Greensboro. Former winners of the tournament include Webb Simpson, Patrick Reed, and Sergio Garcia. While American Jim Herman won the last event in 2019. A strong field will compete this year again with the 2021 Masters champion Hideki Matsuyama. Along with world No 8 Louis Oosthuizen, two-time Masters champion Bubba Watson, and the 2013 US Open champion Justin Rose.

Webb Simpson won this tournament back in 2011, which was also his first PGA Tour victory. Since then he became a major champion after winning the 2012 US Open. Simpson also won the 2018 Players Championship. In recent years he hasn’t got such results, but he did come back with two victories last season. Now the world No19 can aim for another success in North Carolina. With online sportsbooks in the US offering the smallest odds, +1100 for his victory.

The first Japanese golfer to win a major tournament, Hideki Matsuyama follows Simpson in the Wyndham Championship winner odds with +1400. He has six PGA Tour victories so far with the last one being the most precious, the 2021 Masters. Matsuyama’s best result in Greensboro is a T3 finish in 2016. But he can improve on this result this year after his stunning form. Another Masters champion, Patrick Reed is also having a great season. The American won this year’s Farmers Insurance Open and finished in the top 6 in the other two events. Reed also got his first PGA Tour victory here in 2013. Now his odds to win the tournament again are +2200.

Other Top-form Players Can Also Win the Tournament

South African Louis Oosthuizen won his only PGA Tour victory, 2010 The Open Championship a long time ago. But he was close to winning on several other occasions. Like in this year’s PGA Championship, where he finished in a tie for second place. Just like in this year’s US Open, while he was T3 in 2021 The Open. A remarkable list of results, only a win is missing from it. Now his odds to get it are +1600 on Intertops.

Online gambling sites in the US also mention Will Zalatoris in the bigger favorites. The 24-year-old American finished as a runner-up in his first Masters this year. He also played well in the 2021 PGA Championship achieving a T8 result. His only win is from last year’s Colorado Championship in the Korn Ferry Tour. The world No29 can try to get his first PGA Tour to win in North Carolina now with the odds of +2800 to do so. Jason Kokrak is a few places ahead of him in the world ranking and was given slightly better odds, +2500 for the victory here. He won his second PGA Tour event in this year’s Charles Schwab Challenge. And can do well again in this tournament.

You can discover more about Intertops here