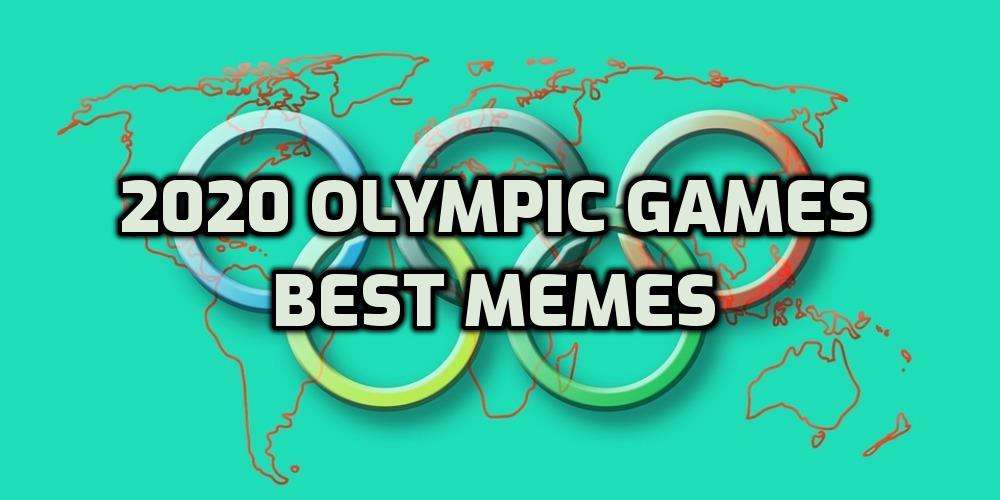 The humor of the Olympic fans writes the history of the Olympic Games. The Olympics are a huge event, and no matter how ardent a fan of the Olympics you are, it is difficult to cover all competitions and sports. However, the memes loved by users of social networks are sometimes more remembered than the victories or competitions themselves.  We bring you a selection of 2020 Olympics best memes.

Batsarashkina’s Cool Stand: Is it was a Ordinary Day?

The leader in our rating of memes is the “queen of pistols” Vitalina Batsarashkina. The attention of one of the fans of the athlete was attracted by a photo from Rio because of Vitalina’s very relaxed posture: a hand in her pocket, it seems that this is not the Olympics, but an ordinary day in a park shooting range. Twitter users began to post a photo with their comments. Some even drew illustrations online sportsbook news in Japan offer the best online sportsbooks that you can think of 1xBET Sportsbook is on top of that list. Make sure to bet on the upcoming Winter Olympics Games by clicking 1xBET.

Cardboard Beds in the Olympic Village

The Tokyo Games got their first meme even before the official start. The competitors, upon arriving at the Olympic village, found strange furniture in their rooms, namely a bed made of cardboard. The organizers, in response to the surprise of the athletes and coaches, promptly reassured them: while sleeping, the bed under the athletes will not fall apart. An accident can occur only with sudden movements and exceeding the specified load. The furniture makers thus asked the athletes to stop having sex and other physical contact with each other. That is why the beds were called “anti-sex”. Naturally, curious athletes tested the strength of the beds. Among them was the Russian swimmer Yulia Efimova. But only the Israelis managed to break the seemingly unreliable structure: it took as many as nine Olympians.

The Russian swimmer Evgeny Rylov, who won two gold and one silver medal in Tokyo, was also remembered for an unusual attribute. His main piece of equipment was a mask with the image of a cat’s face. At first, Rylov’s mask became a meme, which became the subject of discussion in many social networks.

Then the meme itself became the meme: the swimmer’s fans laughed at the fact that despite the historic gold medal for the first time in 25 years in this discipline, there was more talk about the mask than about the athlete’s achievement. Surprisingly, the organizers for some reason banned the Russian citizen from taking part in the award ceremony. As in the case of Batsarashkina, Rylov was also given a special welcome at the airport. Dozens of fans greeted the Olympic champion in the same masks, which was very cute and funny. Even Vyacheslav Fetisov took part in the performance.

A bare-chested standard bearer from the Kingdom of Tonga took part in the opening ceremony. And this means that network users were expecting his release, sometimes even more than the release of the most stellar athletes. One of the memes suggested that they could declare athletes the winner of the Olympics even before it began, thereby inviting everyone to go home. If you are a big fan of the Olympics, check out also our article about the 10 Incredibly Tempting Olympics facts.

Everyone who has vision problems will understand this meme. ​​The 21-year-old Canadian swimmer Maggie MacNeill came to the Olympics in the status of the world champion at a distance of 100 meters butterfly and in the same discipline claimed victory in the capital of Japan. She eventually achieved her triumph: the Canadian Zhang Yufei was 0.05 seconds ahead of the Chinese woman and won her first Olympic gold in her career.

It’s funny, but MacNeill did not immediately find out about the historical success. The fact is that the swimmer has vision problems. And it is strictly not recommended to participate in swims with glasses and contact lenses. Looking at the information on the scoreboard, the athlete barely saw her last name on the first line. Not expecting a medal result, she was surprised when she heard her name. Her reaction is priceless.

Citizens of other countries associate Japan with a lot of things, including sumo. Sumo competitions are not yet included in the Olympic program. However, the Japanese still have not done without mentioning their traditional type of martial arts. So, they decided to place the sumo statue in the arena racing. And not just anywhere, but right at the barrier.

The jockeys reacted negatively to this design because it ruined their performances. The horses on the way to the barrier were afraid of sumo wrestlers and refused to perform the jump. Online sportsbook sites in Japan have an unmatched selection of games that you can bet on. So check out 1xBET Sportsbook, where you can find the best odds for any game.

At the Tokyo Olympics, the main fan of Mike Tyson showed up. In the 1/8 finals of the boxing tournament in the weight category up to 91 kg, Moroccan Younes Balloy realized that he would not be able to defeat New Zealand pro boxer David Nyika according to the rules, and therefore decided to bite his opponent. But even this moment was not successful for him. The rival of the negligent cosplayer Iron Mike dodged an unpleasant bite and only left a little sweat on the tongue of the hungry nibbler.

The referee ignored this moment, but it is unlikely that Nyika is particularly worried about this. His ear remained in place, he defeated Balloy with a confident score of 5: 0. And at the end of the Olympic tournament, he became a bronze medalist.

While Some Create Memes, Brazilians Repeat the Existing Ones

Surely many of you have seen on the Internet a collage with an athlete who, when winning a bronze award, rejoices as if he was the winner. He bites a medal, kisses the girl who handed it to him, demonstrates his greatness to the whole world. And then he drinks champagne until the first and the second-place athletes are watching him with some surprise.

At the Tokyo Olympics, this picture became real. 32-year-old Brazilian Bruno Fratus finished third in the 50m freestyle and became an Olympic medalist for the first time in his career. He was so happy about this event that he repeated the above meme with almost 100% accuracy.

Not Only Grandmothers do Knitting

Representatives of water sports, in general, became the main heroes of memes of the past Games. Chief among them is, of course, synchronized interpreter Tom Daley. The Tokyo Olympics were the third in his career. And he will bring home two awards from Japan: bronze and gold. And along with the medals, Daly will also take with him and his knitted clothes. Videos and photos with the participation of an athlete who, during the competition, knits either a hat, a case for medals, or some other accessory became so badly violated that the athlete’s hobby became a reason for heated discussions.

You can discover more about 1xBET Sportsbook here