You Can Bet on Pacquiao vs. Khan Taking Place in 2017 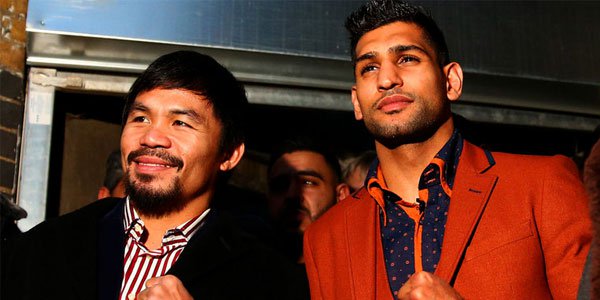 After tough losses in each of their last fight, you can bet on Pacquiao vs. Khan taking place sometime this year. Who would come in as the favorite?

It’s been a great year so far for boxing fans. Andre Ware won his rematch with Kovalev, Canelo dominated Chavez Jr, and Vasyl Lomachenko lent more credit to the argument that he’s the best pound for pound fighter in the world with a stoppage over Jason Sosa.

Manny Pacquiao competed for the first time this year on July 2nd. He took on Jeff Horn, who nearly all online sportsbooks in the US listed as a massive underdog due to his lack of experience. Youth and tenacity proved to be the deciding factor however, and Horn shocked the world with the upset win over Pacquiao.

Amir Khan hasn’t competed since May of 2016, when he was knocked out by Canelo Alvarez. He came into that fight as the significant underdog according to Intertops, and the odds proved correct.

With both men losing, you can bet on Pacquiao vs. Khan taking place before the end of the year. They are both in desperate need of a win, and boxing betting experts would likely have a hard time predicting the winner.

Although the fight has not been officially announced, you can already bet on Pacquiao vs. Khan with Intertops. At the moment, Pacquiao is listed as the considerable boxing betting favorite with odds of 1.40.

Amir Khan is still a top fighter, but criticism over his ability to take a punch has plagued his career. With that in mind, he has a real shot at making US gambling news with the upset victory. Khan’s odds to beat Pacquiao are set at 3.00.

If you’re looking to bet on Pacquiao vs. Khan this year, make sure to head to Intertops. Here you’ll find the odds for this fight, and a wide range of other great 2017 boxing betting odds.