You Can Bet On The EU Sticking Together……. At Least For Now

News >You Can Bet On The EU Sticking Together……. At Least For Now 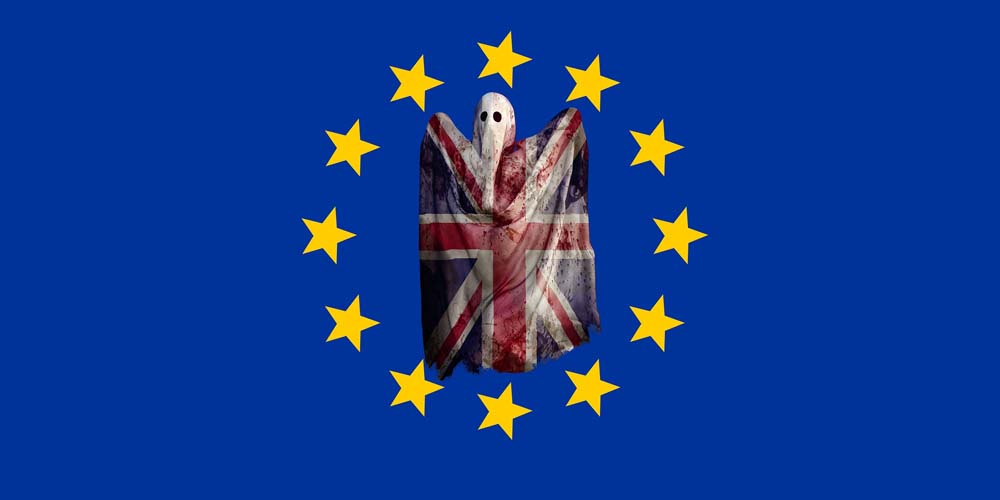 They voted for Brexit and now they’ve got it. The British are now experiencing the ramifications of their historic decision to leave the European Union. So, whilst online sportsbook sites in the UK like Bet365 offer odds on who’ll take the leap next, it’s unlikely there will be many takers. Obviously, you can just bet on the EU to make it as painful as possible for the UK. They want to set an example, and to judge by the prices on offer at the bookies, it’s probably working.

With the tabloids screaming about the confiscation of ham and cheese sandwiches Brexit is starting to bite. The British may not have understood all the ramifications when they voted for it, but they will now. Naturally, you can bet on Boris Johnson to put a good spin on it, every bit as much as a bet on the EU to laugh in his face. The two sides didn’t part on very good terms despite their last-minute deal. Something the severity of the new border checks somewhat highlights.

Up to £100 in Bet Credits for new customers at bet365. Min deposit £5. Bet Credits available for use upon settlement of bets to value of qualifying deposit. Min odds, bet and payment method exclusions apply. Returns exclude Bet Credits stake. Time limits and T&Cs apply.
Visit HereBet365 Sportsbook review
You can bet on the EU relaxing a little in time. As the status quo settles. But for the time being, they’re worried that other nations might choose to follow Britain’s example. Especially if it turns out there really ARE benefits to doing so. Fortunately, for the EU, few people in Britain will now take advantage of UK gambling laws to back another nation following their example. Whatever the reality may be, the optics are atrocious. Britain appears to have shot itself in the foot. Twice.

Italy Gets The Shortest Odds On Leaving The EU

The bookies, however, are undaunted. They know that folly amongst man is perhaps the one thing you can guarantee. A surefire winner. That’s why you can still bet on the EU losing members online. Whilst it may look unlikely now, who can say what the future holds in European politics? It’s mercurial at the best of times, and these aren’t the best of times. Perhaps that’s why Italy gets the shortest odds to leave. You can always bet on Italian politics to produce a few surprises.

So, it’s not beyond anyone’s imagination to picture a swing against the European Union in Rome. The European Union does itself no favors. The monolithic appearance, the scandals, the fiscal restraints. Twisting public opinion against it is hardly a great feat. Johnson managed it. Right now Italy gets 3/1 at online betting sites in the UK to be the next nation to leave the EU. That sounds quite short, but the reality is, in the short term, an Italian exit from the EU isn’t likely.

Bet365 Can Help You Bet On The EU Losing Members

After Italy, sites like Bet365 will give you 6/1 on Greece leaving the European Union. You can just bet on the EU loving that. Greece is hardly their flavor of the month. They’d probably hold the door open if they could. Indeed if you insist on betting on which country will go next Greece is probably a better bet than Italy. It’s certainly better than a bet on French politics suddenly deciding leaving the European Union is a good idea. A 8/1 the French are third most likely to do it.

“I am really enjoying the season finale of the UK.”

That’s a little crazy. That’s like a bet on sports in the UK where you back Jack Dee to play upfront for Manchester United. The French aren’t going anywhere. Likewise, the 12/1 you can get on the Czech Republic or Austria seems a bit of a stretch. True, you can get the same price on the Netherlands, and they’ve been known to go a tad populist now and again, but honestly? I doubt it. For the time being, you can bet on the EU retaining all its members. Brexit is an advert for doing so.

We take a look at why despite the bookies offering odds on nations leaving you should probably bet on the EU to keep all its countries for the time being.