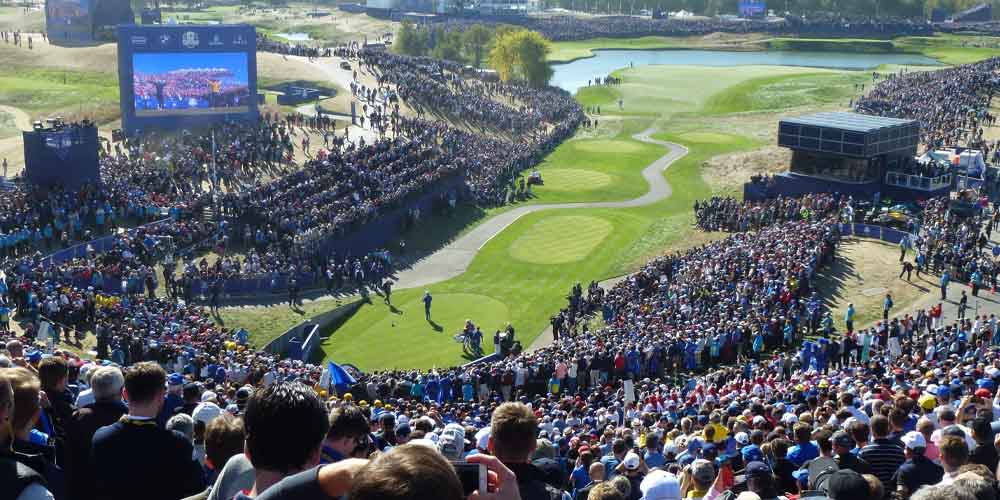 Online sportsbook sites in the US like Bovada already have the US as a clear favorite. When it comes to picking a team, Steve Stricker has an easier job than Padraig Harrington. After all, he gets to draw on the likes of Collin Morikawa who cruised to a second career major at The Open. Meanwhile Padraig has to shuffle the pack as some of the famous faces, yes Rory we do mean you, look adrift. Indeed you may find the US is the only sensible bet on the Ryder Cup this year.

“I enjoy these moments.” Said Collin Morikawa after winning The Open. “I love playing golf and competing against these guys.” It shows. Displaying steely nerves, Morikawa, at just twenty-four stayed ahead of chasing Jordan Spieth to win by two strokes. He’s only played pro for two years and has already won two different majors. Morikawa getting a career grand slam seems almost inevitable. Certainly, his presence will make a bet on the Ryder Cup backing America simplicity.

Of course, you can’t always bet on the Ryder Cup going to plan. Upsets do happen, but Morikawa gets to hit the Olympics next and continue preparing. He should be in good shape by the time September rolls around. No one is going to face him in the first round at Whistling Straits. He can hit ridiculous irons and now putts like a demon. So, if we’re honest, those Ryder Cup odds on offer at online betting sites in the US like Bovada are probably a bit shy of reality.

Right now, at Bovada and other online bookies in the US, America gets around 4/7 with Europe trailing at 7/4. On home turf, with the talent Captain Stricker has at his disposal, you can bet on the Ryder Cup looking very much America’s to lose. Sure, Europe are no slouches. They have Jon Rahm, Paul Casey and Viktor Hovland. However, they may just not be enough on US soil. They certainly can’t count on Rory McIlroy just at the moment who seems to have lost himself.

Bet On The Ryder Cup

Rory will also go to the Olympics but where as Morikawa is a medal hope, Rory is just hopeless. At The Open he played some wayward drives, a horrible short game and watched his putting skills vanish. Perhaps he’ll get his mojo back in Tokyo, but I wouldn’t bet on it. He himself isn’t. “I am looking forward to trying to get my game in shape.” Which is not good news if you were thinking about taking advantage of US gambling laws to bet on the Ryder Cup going Europe’s way.

Get Your Bet On The Ryder Cup At Bovada

So, the odds on the Ryder Cup at Bovada and co, quite rightfully favor the Americans. With a home crowd behind them, they’re a shoo-in for a sizeable win. Morikawa’s win at The Open underlines that Europe can’t count on the same advantage two years down the line. Winning at home is relatively simple, winning across the Atlantic takes real skill. So by all means bet on the Ryder Cup but don’t for a moment believe this will end up a draw however attractive those 11/1 odds.

“I had nothing to prove.”

Yes, yes, you can bet on Europe to put up a good fight, and yes you can bet on the USA to argue with itself the entire tournament, but the result is only going to go one way. Jon Rahm winning at the US Open was great, but even he’ll struggle to make the odds on Europe a good bet on sports in the US come September. Given all we’ve seen this year the odds on the USA seem a little parsimonious. The way Collin Morikawa played, they really do have this one in the bag already.

For those about to bet on the Ryder Cup we look at why Europe could find themselves in dire straits at Whistling Straits this September.