You Can Now Bet on Tour de France Classifications With Intertops! 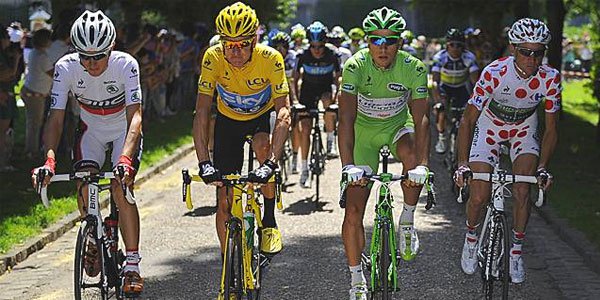 Are you a cycling fan looking to bet on Tour de France classifications this year? Then head to Intertops, where you’ll find full list of the best odds.

The 2017 Tour de France is officially underway, and cycling fans around the world are watching each stage intently. There are some fantastic odds available for those looking to bet on the outright winner, but now members of Intertops can place bets on each of the individual classifications. Let’s take a look at the odds.

Bet on the Mountain Classification winner

The first option to bet on Tour de France classifications is on who gets named king of the mountains at the end of the race. This is an exciting wager this year, as many different cyclists are seen as potential winners. At the moment, the betting favorite to win the mountain classification is Thibaut Pinot, who’s widely regarded as one of the best young French cyclists in the world. Pinot’s odds to win the mountain title is set at 4.50.

Rafal Majka is another great option here. The 27 year old has already won three mountain stage wins in past Tour de France races, and appears to be in top form this year. Majka’s odds are set at 8.00.

One great underdog option here is on Fabio Aru. The 2015 Vuelta a Espana winner earned his first mountain classification win in stage 5 this year, and has some great odds to make money betting on cycling at 11.00.

Bet on the Points Classification winner

Arnaud Demare is the current betting favortie to win the points classification this year (photo: sudouest.fr)

Unlike the mountain classification, there are only a few riders here who are seen as real cycling betting favorites. Leading these odds is Arnaud Demare, who’s beginning to dominate this race with wins in stage 4 and 5 in this classification. His odds to win are set at 1.70. Marcel Kittel is another favorite worth taking a look at with odds of 2.60.

Michael Matthews has some great odds although he’s yet to win any stages yet in the Tour. Intertops lists him as a slight 6.50 underdog to make US gambling news with a win. Andre Grepiel is also worth checking out, with current odds to win of 21.00.

The last bet on Tour de France classifications we’ll take a look at is the odds for which cyclist wins the young rider title. This classification includes online riders who are under the age of 26, and is awarded to the rider in this category who puts on the best overall performance in the Tour de France.

At the moment, Louis Meintjes is seen as the most likely cyclist to win. At just 25 years of age, he’s already made some tremendous accomplishments, including an 8th overall finish at the 2016 Tour de France. He hasn’t won any stages thus far in the race, but there are still many stages to go and many cycling betting experts are banking on him turning it on late. Meintjes’ odds to win the Young Riders classification are set at 1.90.

Simon Yates is the other clear favorite in this category. The twin brother of fellow cyclist Adam Yates is seen as likely the best young rider from the UK, and is proving this theory correct so far in the 2017 Tour de France with a recent win in the young rider classification in stage 5. Yates has current odds of 2.10 to win the award this year.

If you want to bet on the Tour de France classifications this year, the best site for you is Intertops. Here you’ll find a full list of 2017 Tour de France betting odds.