Promotion >Win Cash on Casino Tournaments: Win a Share of €90,000

Don’t miss your chance to take part and win cash on casino tournaments. A huge prize pool is up for grabs in the Marathonbet Casino. The total prize pool for the promotion is €90,000. Good Luck! 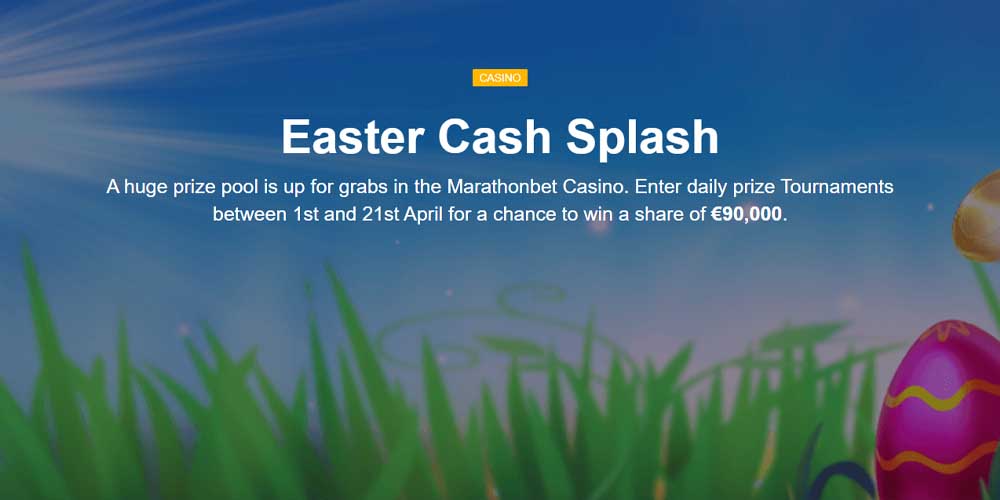 Furthermore, you should participate in one or more Regular Tournaments at Marathonbet Casino. To qualify a player must make at least 100 qualifying spins in each tournament they wish to participate in. A qualifying spin is a spin on any of the Participating Slot Games listed below with a total stake of at least €1:

A qualifying spin is a spin on any of the Participating Slot Games listed in the Description section of these Terms and Conditions with a total stake of at least €1. However, all points earned during the first 100 qualifying bets we will add to the player’s points received during participation in that particular Regular Tournament. So, the minimum wager to participate in this promotion is €1.