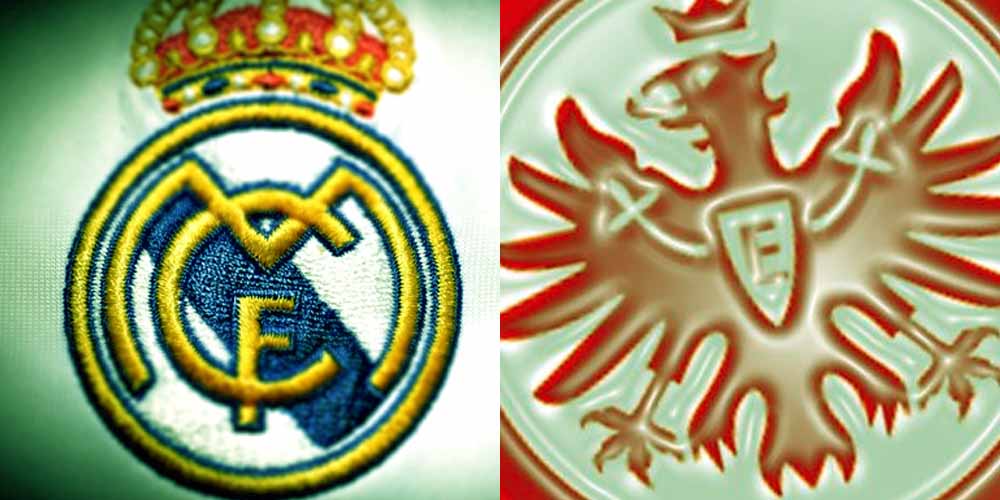 The winner of the 2021/22 Champions League, Real Madrid, and the 2021/22 Europa League champions Eintracht Frankfurt will meet next Wednesday at the Olympic Stadium in Helsinki. The two teams will fight for the UEFA Super Cup trophy, Real Madrid for the eighth time. While the German team will make its first appearance in this prestigious game. The Real Madrid v Frankfurt betting tips favor the Spanish club for the win but Oliver Glasner’s team might surprise everyone.

The first UEFA Super Cup was held 49 years ago, back in 1973 when Ajax won the tie against Milan 6-1 on aggregate. Until 1997 two matches decided the winner, since 1998 the final is only one game played on neutral grounds. Barcelona have been the most successful club so far with 5 wins and 4 runners-up finishes. Milan also won five trophies so far. They are followed by Real Madrid and Liverpool, both with four wins. Real will also feature in this year’s final after winning the Champions League again last season for the 14th time in the club’s history. They will face the current Europa League champion, Eintracht Frankfurt. The German club won this title for the second time following its first victory in 1980.

The Spanish champions have been stunning last season after winning both the domestic and the international top leagues. Carlo Ancelotti’s side defeated Liverpool in the final 1-0 with the goal of Vinicius. They won their 14th Champions League title and extended their dominance in the tournament. Now Los Blancos can start their new season by winning the Super Cup trophy for the fifth time. Real got their last victory in 2017 when they defeated Manchester United 2-1 in Skopje. But they also lost three Super Cup games, the last against Atletico Madrid in 2018. Now they are hugely favored though by online sportsbooks in Finland to win the match.

Bookmakers offer the odds of 1.50 for their normal time win and the odds of 1.25 for their cup victory in their Real Madrid v Frankfurt betting tips. Their routine, experience, and super-strong squad explain these odds. Even though Real only signed Aurelien Tchouameni, a French midfielder from Monaco. And German defender Antonio Rudiger who arrived from Chelsea on a free transfer. Three top players left the club following their end of contract: Marcelo, Isco, and Gareth Bale. None of them played much last season though so their absence won’t really affect the team. According to head coach Carlo Ancelotti, there might be new signings in the next coming weeks. But he can still rely on players such as Karim Benzema, Vinicius Junior, and Rodrygo who can easily score any time at any game.

Eintracht Frankfurt have managed to win their first continental title since 1980 when they won the UEFA Cup. But it wasn’t the club’s only chance of winning. As they also reached the final of the European Champion’s Cup in 1960. Then the German club met one of the best football teams of all time, Real Madrid who had players such as Ferenc Puskas, Alfredo di Stefano, and  Francisco Gento. So it wasn’t a huge surprise that Frankfurt lost the final 7-3 in spite of scoring the first goal of the game. Well, probably even Real fans don’t expect so many goals next Wednesday. But it is likely that we can see more than 2,5 goals in the match. It has the odds of 1.72 on bet365.

Frankfurt defeated Real’s huge rival, FC Barcelona in last season’s Europa League quarter-final so they can’t be underestimated. But their win against the Spanish champions would be a huge surprise now. Online gambling sites in Finland offer the odds of 5.50 for their win. And 4.50 for a draw following 90 minutes. Oliver Glasner’s team finished only 11th in the Bundesliga last season but they can play in the Champions League thanks to their Europa League victory. They have already signed a few new players to strengthen the squad. Like Norwegian midfielder Jens Petter Hauge from Milan. And Argentine forward Lucas Alario from Bayer Leverkusen. But the arrival of German world cup winner Mario Gotze can be the most important signing. His experience might help Frankfurt to further success even against Real next week.