South Korea v Ghana is one of the more exciting matches in the 2022 Qatar World Cup. It is played in Group H where both nations will be looking to capitalise as they are the weaker teams in the group. If the match ends as a draw, it is likely that both teams will fail to advance to the knockout stages of the competition. This match is ultimately a decider for both teams, depending on how it ends. Ghana will be looking to win in order to qualify, and the same goes for South Korea. 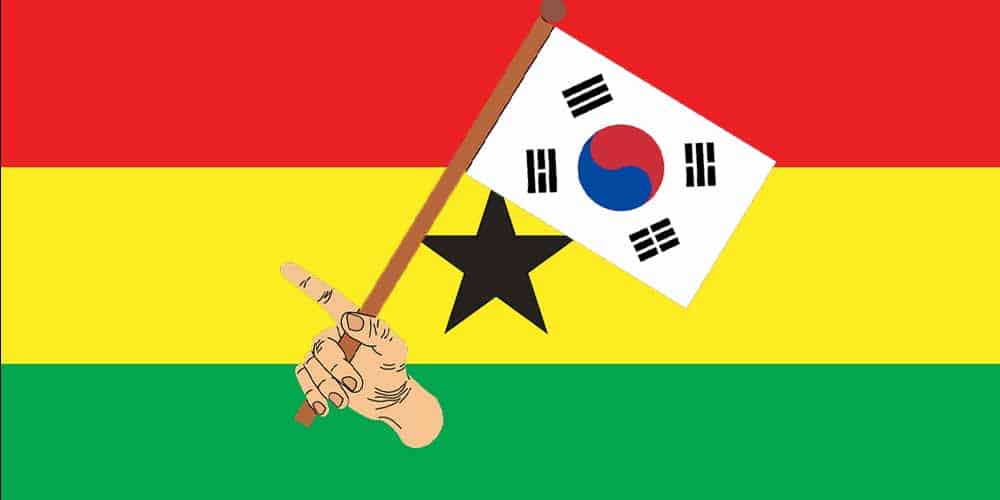 In this South Korea vs Ghana preview, we cover one of the hottest games to feature in the 2022 Qatar World Cup. Group H is blessed as being one of the fiercest groups in the competition, including Uruguay, Portugal, South Korea and Ghana. The second fixture of the group puts the South Korean team against the four-time Afcon cup winners.

South Korea are one of the most exciting teams to follow because of their captain Heung-min Son. The Spurs forward is arguably one of the most loved football players on the planet. His incredible skill and threat saw him finish the English Premier League 2022 season as golden boot winner. But can he do it for the national side?

In the build-up to this bizarre World Cup, Son was an injury scare and potentially set to miss the competition. As the World Cup is happening in the wintertime, it conflicts with the middle of club football. Many South Korean hearts could breathe easily to find him included in the 26-man squad to Qatar.

Heung-min Son has established himself as the hope of all South Korea. His form this season has not been as sparkling as the end of last, where he managed to collect the golden boot. He finished the EPL season with 23 goals.

In the current season, Son has found it tough to replicate that form. He did, however, score a 13-minute hattrick against Leicester in September. If South Korea are to get any sort of result against Ghana, it will depend on Son’s performance.

Does Ghana have Enough Fire Power?

One thing that football has taught us is that the World Cup competition does not compare to anything else. In 2010, Ghana captured the hearts of fans worldwide, advancing to the latter stages of the tournament. They were unfairly knocked out by Uruguay, in the famous ‘Hand of God’ intervention from Luis Suarez.

It is difficult to predict the outcome of this match as both teams are in good form. In their last six matches, South Korea have four wins and Ghana have five. One thing that both nations know is that this is probably their most important fixture of the group.

As Group H has both Uruguay and Portugal, favourites to go through, it is highly unlikely that both South Korea and Ghana will advance. Thus, the winner of this match will have the best chance of doing so. Unfortunately for both, a draw would all but see both teams fail to advance.

The two teams have only ever faced each other twice before. In 2011, South Korea won the match 2-1. In 2014, Ghana won 4-0. Interestingly, the 4-0 over South Korea saw a young Jordan Ayew score a hattrick against the ‘Tigers of Asia’.

According to online sportsbook sites in Qatar, South Korea are slight favourites to win the fixture. The odds provided by 22Bet favour the Korean side with a 2.64 payout. The Black Stars are listed with odds 2.93 whilst a draw is 3.

It is unlikely going to end as a draw as both teams know that a result like that will knock them both out. Thus, we are going for a Ghana win. It is also likely that Jordan Ayew will find his shooting boots again and score a goal, perhaps the winner.

One thing we can expect is for this game to be full of goals. If there are over 2.5 goals, 22Bet offers an impressive payout of 2.55. A 3-1 win for the African side is rated at an outstanding odds of 23.

Whilst it is difficult to pick a winner between these two sides, we do believe that the African side has the experience to snatch it late on. In this South Korea vs Ghana preview, we are backing Ghana to come out on top. It is also an option to bet on the number of goals in the match. If you do not know which way it is going to go, a bet on both teams to score pays 2.07. Please refer to our Ultimate World Cup Betting Guide for more information on the Qatar 2022 World Cup.