10 Unknown Facts About Gambling you Never Heard Before

News >10 Unknown Facts About Gambling you Never Heard Before 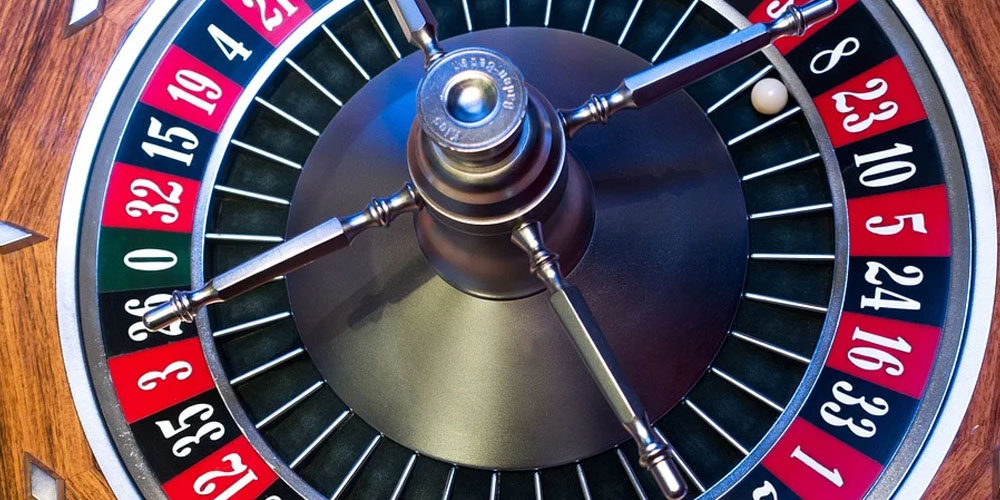 Casinos are a huge source of interesting myths, legends, and stories that seem too good to be true. There are tales of tremendous luck ($ 25 million), dubious capital (atomic bomb parties), and disgusting personal hygiene (adult diapers to keep playing). Some of the most interesting and unknown facts about casinos and gambling come from societies where they prohibit their citizens to gamble. This proves that it is difficult to keep people from tempting potentially big gains. So in this article we are going to learn about 10 unknown facts about gambling.

Information directly or indirectly related to the world of gambling excites the minds. Those who wanted to win were doing all kinds of tricks before the advent of online casinos in the US . For example, the longest poker game lasted eight years. Customers played around the clock in the basement of The Bird Cage Theater, located in Arizona. The poker room was owned by Billy and Lottie Hanchinsons. They took 10% of the bank for themselves. Not surprisingly, the owners let players in at any time of the day. I bet you never heard about these 10 unknown facts about gambling. Without further ado, let’s begin!

FedEx founder saved the company by gambling in Vegas

Here’s an inspiring story for aspiring gamblers and small business owners. The FedEx founder kept his floundering company by gambling in Vegas. He earned 27,000 USD in blackjack! The company only had 5,000 dollars when Friedrich Smith decided to fly to Vegas in 1973 and risk it all. Of course this is not a great investment or business consulting in general.But Smith’s game paid off. It allowed the company to last long enough to raise 11 million. And eventually he made its first profit in 1976.

This sounds like a sick joke, but it’s true. In 1951, the US Department of Energy began testing more than a thousand atomic nuclei 65 miles northwest of Las Vegas. A terrifying sight that “turned night into day”. Atomic mushroom clouds were visible from the casino in a developed tourist point. Vegas would not be Vegas. The city has turned horror shows into business opportunities. It started promoting detonation through the official calendars of the Chamber of Commerce. It was advertising atomic bomb parties. Plus it was offering special “atomic cocktails” in casino bars. Last but not least,there was even a Miss Atomic Energy beauty pageant at one of the playhouses. It was complete with little cloudy outfits made of atomic mushrooms!

Gambling is such a huge industry in Nevada that it lasted 35 years even in state prison. Thus, inmates can play blackjack, craps, poker, and even bet on sports inside the Bullpen. It’s a stone building on the grounds of the Carson City prison from 1932 to 1967. A new warden from California shut it down. It was saying gambling was a “degradation” for the prisoners.

10 unknown facts about gambling: The sandwich

Legend has it that in 1765 John Montagu, the fourth Earl of Sandwich, was such a huge player that he didn’t want to leave the gambling table to eat. Instead, Montague told his servants to simply bring him some meat between the sliced ​​bread so he could eat and play at the same time. Thus, the “sandwich” was born … sort of. In reality, the Count was not a big player, but he enjoyed his food. The legend came from a French traveler.  However, the story caught on. And soon people all over Europe began to make sandwiches as they are. Montague did not invent food. After all, it is meat between bread. People have probably eaten such a dish for centuries. But he gave it a name and a cool story to go with it (whether he likes it or not!).

The first Las Vegas casino license was issued to a woman

The pioneers of the Las Vegas casino industry weren’t just male gangsters. The first legal license was issued to a woman named Mayme Stocker in 1920 for the North Club. Stoker was a respectable wife and mother who was often featured in local newspapers. She opened a casino under her name (her husband Harold did not want to be associated with it at first). She offered only five games legal in Las Vegas at the time: stud poker, draw poker, lowball poker, 500, and bridge.

When mechanic Charles Fey invented the first slot machine in 1895, it didn’t even make it to the casino. And it was far from Las Vegas. Fey’s Liberty Bell car was actually in his San Francisco auto shop so customers could play while they waited for their car to be repaired. This became so popular that casinos started buying them to give players something to do while the table games were full. Now you can enjoy gambling wherever you want by using Intertops Casino.

Some gambling addicts urinate right on the playground

Some gamblers take gambling too seriously. And their fanaticism leads to strange things. Addicts specialists report that some players are so addicted that they can urinate underneath themselves or wear adult diapers to avoid distraction from the game. For example, in Indiana in 2007, a gambler filed a complaint with the state gambling commission after he sat in a chair near a slot machine that someone had urinated on before. And if you want to avoid this scenery, try your luck by visiting online casinos in the US.

10 unknown facts about gambling: The smallest casino in the world

The alleged “smallest casino in the world” doesn’t even have an address. The Grosvenor Casino in London is a mobile casino in the backseat of a taxi cab. There is a games table, dealer, bar, and TV with a sports channel. The publicity stunt allows you to drive anywhere in the city so that players can go straight to the casino anywhere in the city. For more exciting casino facts, take a look at  interesting casino facts.

Don’t let the name fool you. So-called “penny machines” or “penny slots” are the most profitable games in the casino industry. Gambling house owners argue that the recession in the early 2000s is due to the growing popularity of machines. It was allowing players to bet on pennies only. Some casinos have more slot machines than any other virtue. For example, penny slots made up 70% of Atlantic Club Casino Hotel’s slot machines in 2013. To find more  check out our article about interesting facts about gambling 2021.

No, casinos do not pump oxygen in the gaming hall

Around the casino, a lot of myths, legends, and tricks are generated. Players and casino owners use this system to their advantage. One such myth is the idea that casinos pump oxygen to the gaming floor to keep players gambling and not wanting to leave. This is not true. In addition to being a crime, it is also contrary to fire safety. Where does the myth come from? In The Godfather by Mario Puzo, Fools Die, there was a fictional casino Xanadu, which involved pumping oxygen. Perhaps the audience thinks this is common practice. But if you are still in doubt, check out online sportsbooks in the US, such as Intertops casino.

The casino is a separate empire, with its own rules and laws. Although in many countries it is already outlawed. But even there were loopholes and a way out of the situation since a person is by nature reckless and thirsts for a game. The main thing is to remain human and not give all of yourself to this process. And of course it was fun to learn about the 10 unknown facts about gambling.