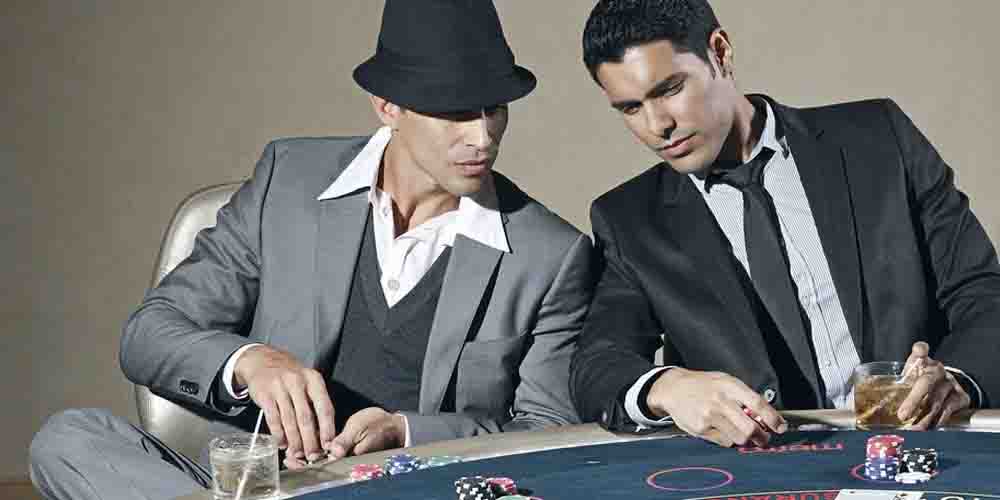 Many people love to gamble. From ancient China, where basic gambling was shown on tiles, to scenes in Roman pottery where betting on animal fights was mentioned, gambling has existed in one form or another for hundreds, if not thousands, of years. Both gambling and casinos have many myths, legends, and stories. Indeed, sometimes they are strange, but sometimes quite remarkable. Thus, since ancient times, people have come up with all sorts of ways to get out of everyday routine and bring bright moments into their lives. In this article, we have decided to tell you the most interesting facts about gambling from the world’s history.

Until now, researchers argue about which gambling game to call the very first. After all, even in ancient times, there were games, although there were no monetary units yet. However, there were beautiful shells, pebbles, dried flowers, concubines, and other signs of wealth. One of the most ancient games is a similarity to the current lottery called “Maysir”. Of course, it isn’t present in modern online casinos in the USA. Nevertheless, we can count it as the beginning of gambling.

The game originated in Arab countries and its rules were as follows: 10 people collectively acquired one camel. Then participants divided it into 7 parts, while the hump was considered the most “tasty” prize, and the camel’s hooves were the most undesirable. Later they took 10 arrows and made serifs on them: 3 were empty, and the remaining 7 indicated the corresponding parts of the animal. Finally, 10 people took turns pulling arrows and getting what fate decided to give them. Indeed, it is one of the interesting facts about gambling.

Meanwhile, in China, from ancient times the number “4” is traditionally associated with all the worst and the most unpleasant: loss, illness, failure, and even death. There is even such a disease as “tetraphobia” (when a person is terrified of this figure and tries to avoid it in every possible way). Why is that? It’s simple: the pronunciation of this number in Chinese sounds like “die”. Even the city hospital No. 4 in Beijing had to be renamed since no one wanted to go there. Besides, the superstitious Chinese in multi-story casinos lack the 4th floor. Moreover, the same number in the list of gambling tables. As a rule, either after the 3rd floor, there is immediately the fifth, or the 4th floor is called the 3rd.

The history of the roulette wheel is still shrouded in fog. The main places where this wonderful mechanism could have originated are France or China. According to one of the most plausible versions, its appearance is attributed to the French mathematician Blaise Pascal. Indeed, it was he who created Pascal’s triangle and reflections on the perpetual motion machine. To find out more, read about 6 Fun Facts About Roulette.

By nature, Blaise was very sick and, on the advice of doctors, to “unwind and relieve unnecessary nervous tension,” began to visit the gambling houses popular at that time. There he thought about the theory of the probability with which one or another number falls on the dice. Later, his teeth ached, and to forget about the pain, he decided to calculate the probability of winning a lotto with 36 tickets. Later, this number of tickets was transformed into 36 roulette cells. This is how a simple illness in 1655 contributed to great discovery. Thanks to Blaise, the visitor of CyberSpins Casino can have fun playing roulette today!

Besides, Einstein found a solution to how to win 100% at roulette. From the very moment of the invention of roulette, all casino visitors have been dreaming of finding a way to calculate the winnings. Such calculation systems include the laws of D’Alembert, Donald-Nathanson, Whittaker, and the most famous Martingale theory. Amid a fascination with this issue, Albert Einstein once said that he saw through the system. “It’s very easy to win at the casino! You just have to wait for the dealer to turn away and run away with the chips. ” Albert simply adored joking on this topic, which brought the great mathematicians, who were vainly trying to uncover the winning system, to a nervous breakdown.

The casino was not home to the first slot machine we recognize today. Indeed, it was the San Francisco auto shop that housed the first slot machine. Back in 1895, mechanic Charles Fey invented the slot machine called the Liberty Bell, allowing his customers to play while they wait for their machines to be repaired. Due to its high popularity, casinos started buying them. They were created to allow players to play when the table tables were busy. However, very soon people found them to be attractive in their own right.

One of the interesting facts about gambling is connected to slots. Initially, slot machines used the usual card suits: clubs, spades, hearts, and diamonds. However, in the late 19th and early 20th centuries, the authorities decided to take tough measures to combat gambling and banned the image of card suits. Nevertheless, you can’t just take the manufacturers of gaming machines!

Thus, they came up with machines with pictures of cherries, oranges, apples, and other fruits instead of card suits. When the same fruits were stacked in a row, the player received a chewing gum with the appropriate fruit flavor. Over time, that law against suits of cards was canceled. However, fruits have already taken root as pictures on the scoreboard of machines offline and later online casinos in the USA.

In poker, there is a funny name for the layout called “Anna Kournikova”. The layout is a combination of AK (ace and king) cards. This is far from the best deal and it rarely wins. As, in fact, the tennis player herself. She looks beautiful but makes little sense. Besides, there are other funny names: K-K: King Kong, 6-6: Highway 66 (after the film of the same name).

Besides, chances are you will never see a royal flush in your life. Indeed, when receiving a Royal Flush, players often feel like they are chasing a mythical beast. The odds of getting the elusive Royal Flush are slim, in fact very small, only 1 in 649,740. These odds boil down to the fact that there are only four possible Royal Flushes in the deck and 2,598,960 possible hands to be dealt with poker. However, you are more likely to see a royal flush in your life than winning the UK National Lottery jackpot, which has odds of 1 in 45,057,474. Fortunately, you have many more chances to hit the jackpot in the CyberSpins Casino.

Can you ban yourself from the casino?

Some countries have a self-proclaimed Voluntary Exclusion program for players who want to break their gambling habit and not allow themselves to step on the playground. These are not only land-based casinos where possible. For example, GAMSTOP in the UK allows players to establish controls to restrict online gambling activities. This prevents players from using gaming sites and applications for a certain period. Sounds impressive, doesn’t it? Indeed, a lot of online casinos in the USA have a Responsible Gaming page which helps many players to avoid different forms of addictions.

Back in the 20th century, when gambling was still illegal in many states in the US, craps players gambled secretly to avoid drawing police attention. If a police raid happened, some players would swallow bones. It may sound a little strange, but there was logic in this madness. If they swallowed the bones, it meant that the evidence was hidden. The lack of bones meant that the courts had no actual evidence of gambling, so they couldn’t pass a conviction.

One of the interesting facts about gambling is that the famous Monte Carlo casino is closed to those from Monaco. When Princess Caroline set up the casino in the mid-1800s, she was adamant that the Monegasques were not allowed to enter and that gambling was illegal. She created the law to counter the potential negative impact of commercial gambling on the citizens of Monaco. While this law may seem odd for a country that is renowned for being a gambler’s paradise, Monaco’s citizens get something in return without having to pay income tax. And if they still want to gamble, they can visit the CyberSpins Casino!

Deploying a card-counting strategy in an attempt to win at blackjack is legal. While you may not be technically breaking the law, online casinos in the USA will try to stop your card counting. They may ask you to leave, play a different game, or perhaps kick you out. Therefore, be extremely careful about it and read 6 Fun Facts About Blackjack.

Birmingham, in the United Kingdom, was home to the world’s smallest casino. This tiny casino had no address. Why? Because it was in the back of a London taxi. The promotional travel casino, owned by casino operator Grosvenor, boasted a gaming table, dealer, casino, and bar. It even had a place to watch sports broadcasts on TV. Read 5 Bizarre Facts About Casinos You May Not Know and you will be even more surprised. And if you want to have real excitement, visit the CyberSpins Casino to win real money. Good luck!

You can discover more about CyberSpins Casino here.