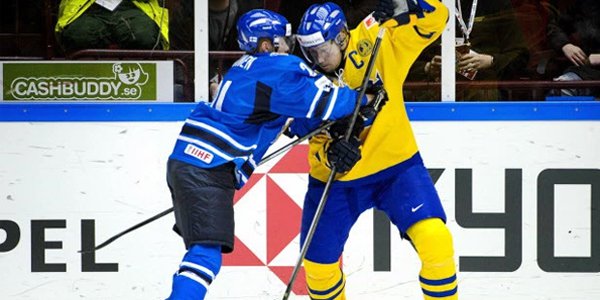 2015 in Sweden was a nail biting year of tension as they left it right down to the wire to qualify for the Euro 2016 finals, and that’s to say nothing of the speculation about the future of their biggest star.

Of course most people that like to bet on sports in Sweden are right now glued to the World Junior Ice Hockey Championships that are taking place in neighboring Finland. A showcase of young talent the competition is set to start off 2016 with a flurry of puck shoveling and the associated palaver that follows ice hockey everywhere, but especially in the Nordic nations where the SHL and those like it still bring in huge crowds week-in-week-out, and 2015 in Sweden started so similarly.

Sweden will want to improve on its fourth place at the IIHF World Junior Championships in 2015, where the Canadians won in front of their home fans with Russia and Slovakia taking the two lesser medals. Of course whilst national pride is as stake players use it as a jumping off point into a career abroad in the NHL and its ilk, so you can expect as much fierce fun this time round as last, and odds to match at ComeOn! Sportsbook.

2015 in Sweden started off with the disappointment that they couldn’t quite snatch the bronze in Canada on ice, but it was away from skates that the disappointment lingered more heavily. The most obvious of these is the by-the-skin-of-someone-else’s-teeth qualification for the Euro 2016 finals, but the trauma was almost single handedly off-set by the unlikely figure of 49 year old Tommy Krangh.
What was his achievement? Being fabulous.

Tommy was the sign language interpreter for the finals of the Eurovision Song Contest 2015 in Sweden and performed his duties with what can only be described as verve and panache, much to the plaudits of social media and those amongst the millions that took advantage of Swedish gambling laws to wager on this event at ComeOn! Sportsbook and its associated sites. Mr. Krangh’s performance at Eurovision was almost precisely the opposite of Sweden’s performance on the football pitch.

Group G comprised of the Russians, Austria, Montenegro, Liechtenstein and Moldova plus the Swedes and there was every reason to think they could overcome enough of the opposition to seal themselves an automatic qualification place, sure, perhaps not in top spot but that second position wasn’t beyond them. However the tone was rather set from the off when Sweden answered Alaba’s penalty goal in the 12th minute in Podgorica but then couldn’t get by Austria to take the win.

Not taking the win became most trying when they were held to a 1-1 draw by Montenegro, then soundly beaten by both Russia and Austria, the latter in a 4-1 thumping. Only getting a play-off place they had one last chance, and as luck would have it, their rivals were neighbors Denmark. The games were perhaps the biggest sporting event of 2015 in Sweden, a regional derby if you will, but Sweden just edged into the finals in France over the course of two legs, 4-3.

The nature of their qualification naturally spawned all sorts of debate about the team’s performance and how it had been generally hung around the neck of just one man, Swedish superstar Zlatan Ibrahimovic, and discussion about him seemed to last the entirety of 2015 in Sweden, with anyone gambling news coverage of his lack luster performance in a Sweden shirt might stop him being quite such a figure of focus entirely mistaken.

His contract at Paris Saint Germain is up at the end of the year and the speculation about where Zlatan Ibrahimovic will next play football, if he moves at all, has been constant during 2015 in Sweden. There isn’t a team from the Premier League to the MLS that hasn’t been linked to him, and whatever he decides he’ll take legions of Swedish fans with him, people always willing to bet on Zlatan at ComeOn! Sportsbook or the like, his energy and creativity a joy to watch.

Will he dazzle in France during the finals of the Euro 2016 competition? If he’s looking for a big paycheck there’s no better showcase in which to showboat, and after 2015 in Sweden there are lots of fans that will lover to see him do it. One thing is for sure, he’ll be glad 2015 is over so he can get on with 2016 afresh, something perhaps Sweden as a whole will want to do, both on the ice and on the football field.