2019 American League Winner Odds: The Rays To Be the Revelation of the Season

News >2019 American League Winner Odds: The Rays To Be the Revelation of the Season 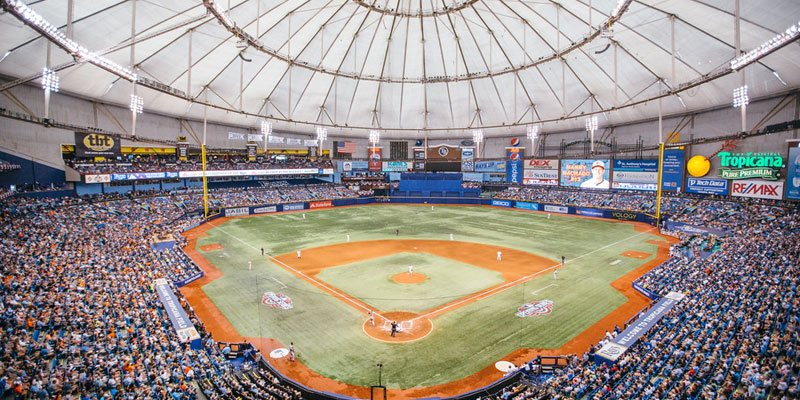 This season has been more exciting than usual, mainly due to one team’s form that is surprising everyone. This is why that our 2019 American League winner odds show that the Tampa Bay Rays, will win the title 11 years their first victory.

The American League might be the “Junior Circuit”, but it is also the strongest. From the 114 World Series, the league’s teams won 66 titles. This is maybe because the AL has seen some of the best players in history playing there for most of their careers, such as Babe Ruth and Nap Lajoie.

But as online sportsbook news sites in the United States report, its creation didn’t please the National League as a lot of their players – such as Lajoie – moved to the newly created one in 1901. And the dispute between the two leagues went even further. In 1904, the New York Giants (now the San Francisco Giants) boycotted the 2nd edition of the World Series. John McGraw, the Giants’ manager, refused to play against the Boston Americans (Boston Red Sox), claiming that his team was the already world champion, as there was only one “real league”.

The two leagues have since made a “peace” agreement and baseball have become one of the biggest sports in the world. In fact, the MLB is now trying to expand to Europe as well. For the first time in history, there will be a game played on the continent. The New York Yankees and the Boston Red Sox will face each other at the MLB London Series.

As the National League is already underway as well, everything is expected to run smoothly this year and, in the end, there will be a great show at the World Series. At online sportsbook sites in the United States, bookies are favoring the Houston Astros, but our betting preview below shows that the title will go to a more unlikely winner.

The Rays want to become one of the leading teams

The Tampa Bay Rays are the surprise of the season this year, as they are leading the American League East Division with a record of 16-8.

The team has made considerable changes since last year. Yandy Diaz is one of the new additions and the player is finally being able to prove himself on the field. This is mainly due to the strategy their hitting coach Chad Mottola is using: practicing on an on-field wall. Diaz’ way of hitting has changed and for the better. In 89 plate appearances, he hit 5 home runs (which he never did in Clevland last season).

Besides, pitcher Tyler Glasnow improved a lot after a bad season and might win the Cy Young Award. He is having an impressive start, holding a 1.53 ERA with 29 strikeouts, and 29.1 innings.

Keeping up like this, the Rays are on a good way to win their first 2nd American League and, possibly, the World Series for the first time in October. As their odds are only +850 at BetVictor, they are a really good bet for gamblers.

The Boston Red Sox are the current World Series Champions, after defeating the LA Dodgers last year. This was their 4th title in 15 years.

This year hasn’t started the best way for the team, but they are proving it is only a matter of time until they start showing their best game again. Recently, they won the Tampa Bay Rays, which are the first on the table.

Besides, they also have one of the best players in the MLB, Mookie Betts. Despite a slower start, he already proved he is a strong contender to win the MVP title again this year.  And their bullpen list will certainly help improve their future appearances, especially with players such as Tyler Thornburg.

The season is just now starting, which is why the Red Sox shouldn’t be devalued already. And their odds of winning are quite high (+550).

The New York Yankees are the most successful team in the history of the sport. They won 27 World Series and 40 American Leagues. These numbers become even more extraordinary if we consider that the team only started to become dominant in the 1920s.

It is true that the Yankees are facing a difficult time now, with a long list of top-players injured. Among them are Aaron Judge and Giancarlo Stanton – who are some of the best batters on the league. But hopefully, they will be back on time to help the team succeed. Besides, the manager Aaron Boone is proving he can handle the job, despite some criticism on his bullpen choices.

And even with their recent struggles to reach the World Series, it is likely that this can be their year again. The Yankees still have time to recover and are only 3 points away from the Tampa Bay Rays. This way, their odds of winning the American League Championship Series are very high, +275 at BetVictor.