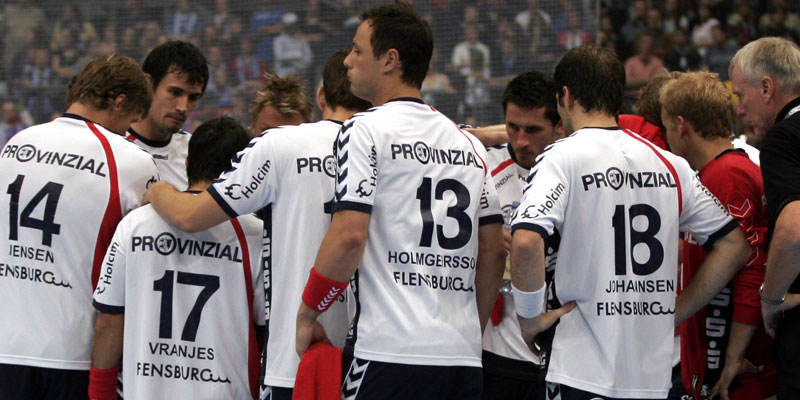 A few games remain in the 2018-2019 Handball-Bundesliga season and fans will soon learn the fate of their clubs. The 2019 Handball-Bundesliga betting predictions say that defending champions SG Flensburg Handewitt will most likely win again this year. THW Kiel, Rhein Neckar Löwen and SC Magdeburg also stand a chance to win the 2019 premier German handball league.

Handball-Bundesliga or HBL is the premier handball league in Germany and 2019 marks the 42nd season of the league. This year’s HBL started on 23 August 2018 and will end this year on 9 June. THW Kiel are currently the most successful team having won the league 20 times.

The 2019 Handball-Bundesliga Betting Predictions favor the following clubs to win this year’s season. These are how their chances stand on Bet365 Sportsbook:

SG Flensburg-Handewitt currently have the best odds to win the 2019 Handball-Bundesliga season. The club won the league twice in 2004 and recently in 2018.

Their odds of winning this year are 1.28 making them a safe bet on Bet365 Sportsbook. The bookmaker has several betting opportunities ranging from sports to special events, read our review of Bet365 Sportsbook for more information.

SC Flensburg-Handewitt are the current log leaders with 52 points from 27 games. They have won 26 games lost 1, and drawn 0. Their position also puts them in the best spot to qualify for the EHF Champions League which they won in 2014.

The handball club has a good lineup this season and their players to watch are Rasmus Lauge Schmidt and Magnus Jøndal. They are the clubs top goalscorers and are in the top 30 of the Players Ranking.

They’ve massively improved from last season where they finished 5th with 49 points. Now, they’re second in the league with 46 points. THW Kiel have won 24 and lost 3 out their 27 games.

Similarly to SG Flensurg-Handewitt, THW Kiel are also well positioned to qualify for the elite European handball Champions League.  If they can continue on this run avoiding losing anymore games, then they can lift their 21st trophy this June.

Rhein-Neckar Löwen stand a small chance to win this year’s Handball-Bundesliga season with odds at 51.00. Their 2018 title miss is still fresh on their minds. THW Kiel finished last season with 55 points behind top contenders SG Flensburg-Handewitt with 56 points. Losing the title by that much is painful for any fan to witness. Fortunately, the club still managed to walk away with Champions League qualification.

Their progress so far in the season could be better as they’ve only managed to pick up 42 points from 27 games. They have also dropped many points by losing 5 and drawing 2 games.

They are lucky to be with Jannik Kohlbacher who transferred to their team last year. Kohlbacher is currently inside the top 15 of the Handball-Bundesliga Player Rankings and he’s proving to be an asset for THW Kiel. The German pivot has made an impact for his new club by contributing 121 goals so this season. He also has a good shooting accuracy at 76.10%.

SC Magdeburg have the lowest odds among the other 3 competitors to be the 2019 Handball-Bundesliga champions. They are 3rd in the league and will most likely qualify for the EHF Cup. SC Magdeburg (201.00) are in a good position to win the title, but the number of games they’ve lost so far is worrying.

The handball club only won the title once in 2001, whilst the other teams have all been victorious in the 2010s. They’ve have lost 6 games from 27 games whilst the other title hopefuls have lost 5 or less games. SC Magdeburg will be a risky team to bet on according to the online sportsbooks in Germany.

SC Magdeburg do have left wing Matthias Musche who is the league’s current top performer, a plus for the club. He has scored the most goals in the season with 211 goals and a 73.26% shooting accuracy. The left wing will be under pressure to help the team to a league win and Championship League qualification.