The 2019 Netball World Cup Betting Preview: England to Give Continuity to the Commonwealth Games’ Victory

News >The 2019 Netball World Cup Betting Preview: England to Give Continuity to the Commonwealth Games’ Victory 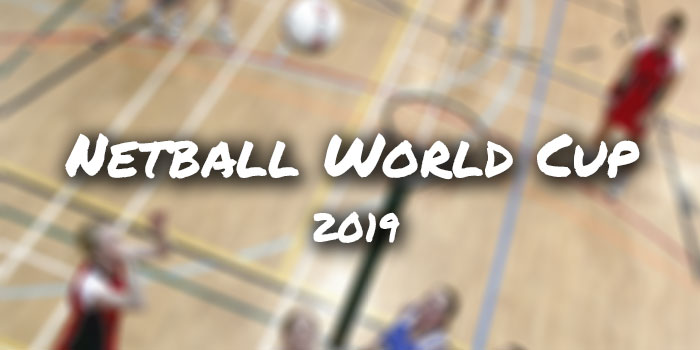 The most famous World Cup in women’s sports will start on July 12 in Liverpool. 16 nations will compete to take home the title and according to our 2019 Netball World Cup betting preview, the host nation might win, as they had recently two very successful years.

England held the first World Cup in 1963. Since then, and after becoming the first ever champions, Australia started its dominance. They won 11 of the 14th events, and the other three times they missed the titled, they were second. And the Diamonds are in fact the bookies’ favorites this year. However, we think that England can turn things around in this female-dominated sport.

But before getting to our world cup predictions, let’s see the origins of netball and why the sport seems to have found its niche in the Commonwealth. And don’t forget to place your bet on the winner of the Super Netball 2019.

Netball is a peculiar sport. The men’s netball doesn’t enjoy the same success as the female one, reason why it exists on a much smaller scale.

But the fact is that netball was initially conceived to be played by women only. This came, of course, from the way society perceived sports and gender at the time. In the late 19th Century, netball seemed to benefit from the fact that there wouldn’t be any male rivalry. At the time, it was appropriate for women to practice it.

Netball comes from a variation of basketball. As online sportsbook news sites in the UK document, Martina Bergman-Österbeg, a physical educator based in England, first introduced a similar sport in 1893. Since then, netball started to develop, influenced by the rules of the female basketball from the United States.

By the beginning of the 20th century, netball expanded across the British Empire. And by the late 1950s, enthusiasts of the sport were eager to establish global rules. And a decade later, the International Federation of Netball and Women’s Basketball was created.

Netball probably struggled to succeed in other countries because of basketball’s success. This is why the Commonwealth dominates the sport. Other than Australia and New Zealand, the only team to ever win the World Cup was Trinidad and Tobago in 1979.

But netball has gone a long way since then and it is rapidly growing. It is becoming very popular in the United States and, recently, Switzerland founded a national team.

Now, all eyes are at the World Cup, which is held every four years. The 2019 edition will still be disputed among the Commonwealth, but in the next few years, expectations are that other nations will join the top of the sport.

The English squad is improving a lot in the past 2 years. In 2017, they won the World Netball Series and, last year, they were the champions of the Commonwealth Games.

Earlier in the year, the Roses were runners-up in the International Quad Series. But as the captain Serena Guthrie stated, the team is on a good way to win in Liverpool, especially after beating Australia. And Tracey Neville has been essential for England’s late successes. She became the head coach in 2015, and the team secured the 3rd place in the World Cup. Since then, they only keep getting better.

England first won the World Series in 2011 in Liverpool. Now the squad seems to be in a good shape and the port city might bring good fortune once again. The Roses odds of winning are 37/20 at Unibet Sportsbook.

Jamaica might finally win their first title in a major competition

The Sunshine Girls made history in 2018. They conquered their first Taini Jamison Trophy, after defeating New Zealand for the second consecutive time.

Jamaica plays an important part in the origins of netball. Since 1909 that the sport is in the school’s curriculums all over the island. As the no. 1 sport in the country and considering the good results the team achieved over the years, it is surprising how they still don’t have any of the major titles.

Last year, they were 3rd in the Commonwealth Games and got the silver medal in the World Series. Now, they can certainly satisfy that long-awaited desire to win a title, proving why they are one of the best teams in the world. This is why online sportsbooks in the UK are optimistic about a surprising performance by the Sunshine Girls (7/2).

Along with Australia, New Zealand is the most successful team in the sport. The country has 4 World Cup titles and the 3rd place is the worst ever got in the competition.

After two disastrous years, the Silver Ferns are looking for a comeback. The only times they were out of the podium were at the 2017 Fast5 Netball World Series and at the 2018 Commonwealth Games.  However, since August that the team has a new coach, and with the winning of Fast5 last October, Noeline Taurua was certainly scouting new potential talents to add to the World Cup in July.

Despite not being able to beat England and Australia at the International Quad Series, the Silver Ferns are expected to stabilize. They will definitely be one of the top teams this year and their odds are 13/2 at Unibet Sportsbook.