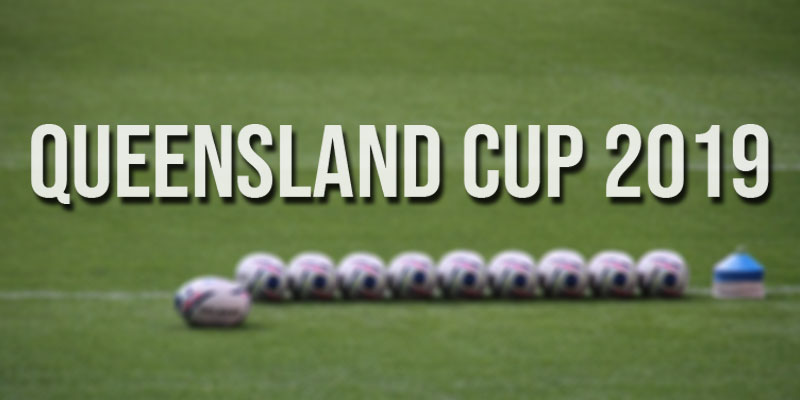 The Queensland Cup is a top rugby league competition in Queensland with 14 participating rugby teams. This year’s regular season will run from 9 March to 1 September with 23 rounds of games. Then the top 8 teams of the season advance to Finals Series and the winner is determined at the Grand Final. These are the 2019 Queensland Cup betting odds to back up some of the Australian clubs on Bet365:

The Sunshine Coast have favorable 2019 Queensland Cup betting odds to be this year’s Grand Final winners. They were last victorious in the Queensland Cup in 2009. Fortunately with good odds at 2.50 on Bet365 Sportsbook, they can be victorious this year. So far in the regular season, they’ve proven to be strong Queensland Cup contenders by winning all their 14 games.

This guarantees them a spot at the Final Series, a much needed improvement from last season’s 10th place finish. They’ve also been relentless this season picking up several big wins such as their 4-72 win over South Logan Magpies. It’s expected that the Falcons will continue their good run of games in the Finals Series and possibly at the Grand Final.

The Club are currently leaders in attack with 544 points, 94 tries and 84 goals. Additionally, the Sunshine Coast also have strength in running and passing thanks to Nicho Hynes, Harry Grant and Todd Murphy. However, the Falcons will need to be mindful of their significant errors, ineffective, penalties conceded and handling errors.

The Bears trail behind the Sunshine Coast Falcons with good 2019 Queensland Cup betting odds to be the 2019 rugby champions. Their chances of winning on Bet365 Sportsbook are promising with odds at 2.87. Fortunately with a respectable record of 3 Cup wins and with a good run of games, a 2019 title win is achievable.

They currently sit comfortably in the top half of the table with 22 points from 11 wins and 3 losses. The 2018 semi-finalists will look to move up one level by competing at the 2019 Grand Final. Unfortunately, the Bears have lost one of the top props Matt White to retirement. Luckily they’ve also made key signings that will be crucial in their title race.

These include Tyronne Roberts-Davis who is one of the competitions top kickers with a goal conversion rate of 80%. Other key signings to keep an eye on are Jack Buchanan and Jacob Hind.

The East Tigers are one of the Australian rugby clubs eager to claim the 2019 Queensland Cup. However, according to the online sportsbook news in Australia, their title winning chances are small with odds at 17.00. They’ve been champions in the competition 8 times last claiming a win in 1991. Last year, the Tigers had the opportunity to end their losing streak as one of the Grand Finalists.

Unfortunately, they were beaten 36-22 by the Radcliffe Dolphins. Fortunately, with their 2019 Queensland Cup betting odds on Bet365 Sportsbook, they can make amends this year. However, they are currently 7th in the table with 9 wins and 5 loses from 14 games. Only 9 games remain and any slip ups moving forward could prove to be costly for the 2018 runners up.

Last season, the Dolphins (51.00) celebrated their 6th Queensland Cup win by beating the Easts Tigers in the 2018 Grand Final. However, with their 2019 Queensland Cup betting odds on Bet365 Sportsbook, it’s doubtful they will be consecutive winners this year. They currently sit just outside of the Final Series last spot in 9th place with 10 points.

As a result, they might not be among the 8 teams to advance to the 2019 Final Series. Fortunately, only 2 points separate them and the 8th position with 9 games remaining meaning there’s still hope for the 2018 winners.

To achieve this, they will need to work on their scoring as well as kicking. In addition to winning all their remaining regular season games, they’ll need to avoid conceding penalties and making less handling errors. All eyes will be on Redcliffe Dolphins head coach Adam Mogg to lead the team to a successful title defending campaign.

They currently sit at the bottom of the table with a mere 3 out of a possible 28 points. Unfortunately, they’re likely to miss out on this year’s Final Series again making them a risky bet on Bet365 Sportsbook. This is because the team lack depth and versatility in their team making them easy targets.