2020 ATP Rankings Betting Predictions: Who Will Lead the Next Season? 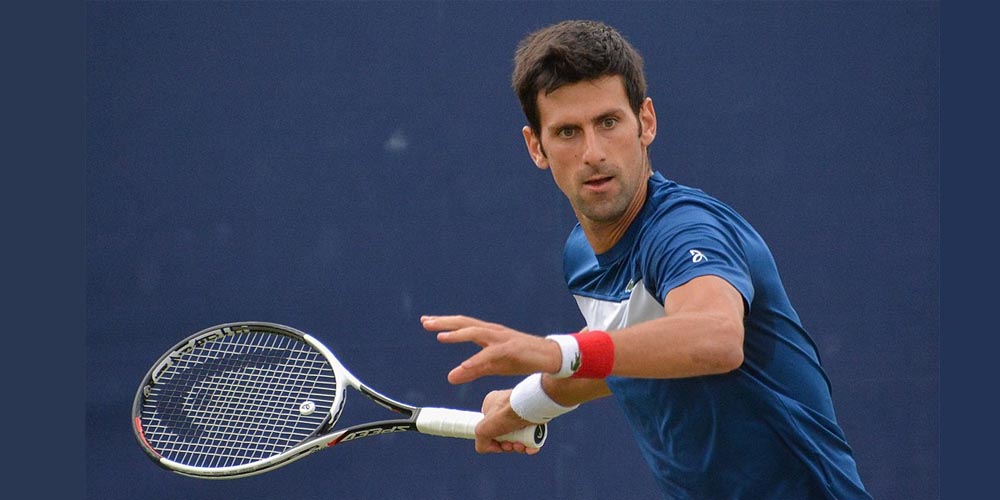 This past season has seen no significant changes in ATP rankings, despite some Next Gen players bringing an intrigue into the tour. Judging by the early odds, next year will possibly follow the same scenario. Can Daniil Medvedev and Stefanos Tsitsipas defy the 2020 ATP rankings betting predictions?

In 2019 men’s draw has seen many progressive and young players emerging and challenging the tennis legends. Intense tournaments, power matchups, and unexpected outcomes are all the season was about, yet the rankings saw no substantial rotation. Unlike women’s draw, ATP has been constant with the leadership in ranking in recent years. The “Big Three” has been occupying the top positions for three seasons with slight rotations among them. Seems like online sportsbook sites in the UK believe that the situation won’t change in the near future.

As boring as it may seem, the first three ranking positions are likely to stay in the same way through next season. Novak Djokovic, Rafael Nadal, and Roger Federer are still at the top of their game, dominating in main tournaments. Moreover, they share the Grand Slam victories between themselves and it’s been long since someone out of the “Big Four” has won a major.

Getting a nod from online sportsbook news in the UK, Djokovic and Nadal were more persuasive and successful in the tour. They are expected to keep the same pace through 2020. The Serbian has been holding the leading position for almost two years. However, the Manacor native caught up to him closer to the end of the season then surpassed him before the ATP Finals. Still, the bookmakers see Novak reclaiming the №1 spot in the upcoming run.

Roger Federer is the one whom the tipsters doubt to keep his position in the top 3, as you can see on 1xBet here. Opposed to general opinion, the Swiss ace was not in his best shape this season. The only tournament he managed to win was Halle Open. The 20-time Grand Slam winner is the third close contender to take over the rankings in 2020. That’s quite reasonable, considering he has been there many times and holds the record for the longest run on the first spot.

At this point, everything will depend on his physical state, schedule, and Grand Slam performances. Currently, Federer is 3395 points behind Rafa, which means he will need more than a victory on home turf. Nevertheless, Nadal and Djokovic are more likely to contest the position, because both of them are usually more active and effective.

Daniil Medvedev and Stefanos Tsitsipas were the epitome of progressive and impressive this past year. Both players came out of their comfort zone and tried to challenge the Holy Trinity of the men’s draw. Now they are in the contention for major trophies and higher positions in the rankings.

Daniil Medvedev, who slowly but surely paved his way into the top 5, is the World’s best player. Before the ATP finals, he was the third World racquet. Regardless of dropping back to fifth place, he is the biggest threat to the top seeds. Given the 3.50 odds, the bookmakers seem to expect him to pull off a mighty upset next year. He is young, quick, smart and sharp. His stint in Wimbledon was quite a statement to his fellow players, and we can’t wait to see him succeed.

Another NextGen hotshot Stefanos Tsitsipas has already defied oddsmakers past season, by showing astonishing progress and consistency. The young Greek challenged the top players and maintained a high-level game in every competition. He managed to prevail over Djokovic, Nadal, Federer, and Zverev. Along with Medvedev, Tsitsipas is the strongest contender to make it to the top 3 of ATP rankings.

Now Alexander Zverev is the enigma of the tour. While some hail him as Federer’s successor, he keeps falling. In 2018, Sascha had a terrific season ending it on a high level, but his enthusiasm diminished through the last one. It looked like he was playing out of the duty. He barely qualified for the ATP Finals, despite being the reigning champion of the tournament. For now, his bid to reach the top 3 is scaled at 4.20. Before taking a chance on 2020 ATP rankings betting predictions, check our latest review about 1XBET Sportsbook.

You can check out more about these odds at 1xBet here.