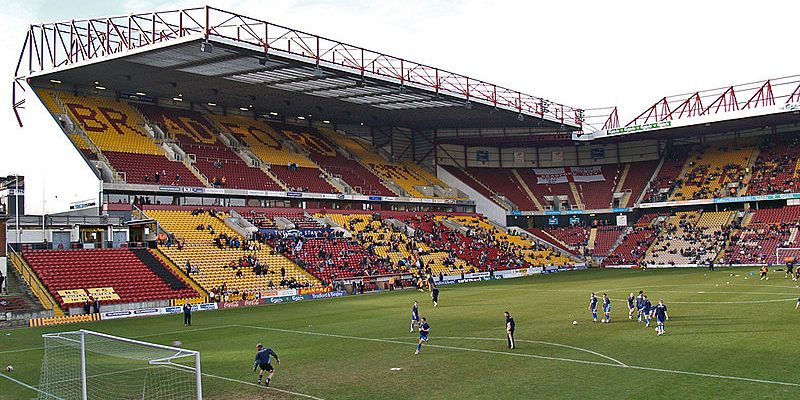 League Two is the fourth division in the English football league system, the lowest level of professional football in the country. The clubs who reach one of the first two places will be promoted to League One, while the two worst teams will have to play in the National League.

With the exception of Bradford City, Swindon Town and Oldham Athletic, clubs here have never played in the Premier League. Some players have experienced playing on the highest level, while some just became professional footballers. However, those who can be successful in League Two often receive offers from clubs in higher divisions.

For instance, top scorers from recent years are already playing for League One and Championship sides. We have many exciting candidates for that title this season, so we decided to take a look at the League Two top scorer betting odds to see who you should pay extra attention this year.

Bradford’s Eoin Doyle went on loan to Swindon, where Unibet expects him to outscore everyone in the league. Doyle’s 31 years old, already played for ten clubs in his career including  Hibernian and Cardiff City. He was a part of the League One Team Of The Year back in 2015, which shows that he does have a great talent, and under the right circumstances he could definitely prove himself.

Bradford supporters believe he’s been lacking confidence and though he’s a good poacher he definitely needed a move. He sometimes received verbal abuse from the stands that surely didn’t help either. It now looks like his transfer could work out and Doyle found his scoring boots at Swindon. The Irish striker already scored 5 goals in the first 6 rounds.

James Vaughan has proved his abilities on higher levels

Former Everton player James Vaughan has spent a lot of time out on loan as a youngster. When he was at Crystal Palace, he got the chance to prove himself in the Premier League. Vaughan took his opportunity and at the age of 16  he’s become the youngest ever Premier League goalscorer.

His most successful time was in Bury back in 2016/17 when Vaughan scored 24 goals in League One. He was also featured in the league’s Team of the Year when Wigan Athletic got his signature and brought him on board. The following season was a disappointing one for Vaughan, he only found the net five times. He can now show his skills at League Two, and we’re he’s got what it takes to become the top scorer at the end of the season.

Former West Ham, Cardiff, Wigan and Aberdeen player Nicky Maynard had a magnificent season for Bury last year. Unfortunately, after the tragic events that happened to his club he moved to Mansfield Town, where Unibet expects him to continue scoring.

Maynard was a key player at Bury. With his 21 goals in League Two he was the club’s top scorer, the third highest scorer in the league. Online sportsbook sites in the UK believe he could find the net just a little bit more in his new team and bag that Golden Boot in 2020. As his odds are still 10/1, Maynard’s success could make a lot of his fans very happy by late April.