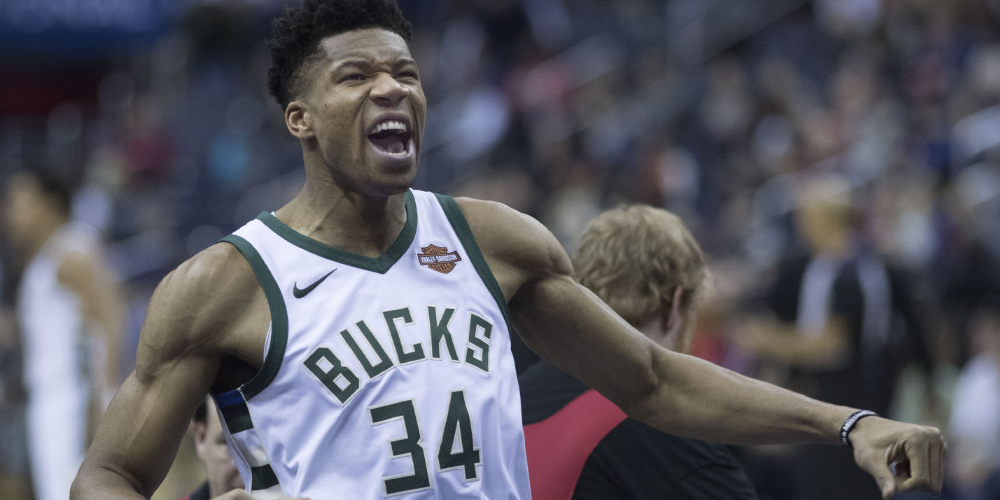 Each and every-year, the NBA has an individual acclaim for Most Valuable Player (MVP) throughout the course of the season. The award is handed out at the end of the season but excludes the NBA playoffs. Last year’s winner, Giannis Antetokounmpo, tops our 2020 NBA MVP predictions list. However, the reigning MVP has quite a few contenders to see off first. Let’s take a look.

Milwaukee Bucks’ star player, Antetokounmpo, who is also known as the ‘Greek Freak’, has been heavily tipped to win back-to-back NBA MVP awards. Last year, the Greek 24-year-old won the Eastern Conference Player of the Month on four separate occasions. Online sportsbook news in the US favors the Greek Freak to go the distance again this year. So how good is he?

After claiming last year’s MVP award, Giannis Antetokounmpo revealed in the summer that he was only up to about 60% of his potential. Whilst we all laughed at his comments, the kid has backed up his words with performances.

At the end of the 2019 season, the Greek Freak finished with an average of 27.7 points, 12.5 rebounds, 5.9 assists and 1.5 blocks per game. Those figures have not been seen in the NBA since the legendary Kareem Abdul-Jabbar was in his prime. His presence helped the Milwaukee Bucks to a record 60 wins and reaching a first conference finals in 18 years.

Now, online sportsbook sites in the US have tipped Antetokounmpo to win the MVP award again this year! His betting odds of 3.25 are there for the taking. Here’s why you should bet on Giannis Antetokounmpo to claim the individual trophy.

This season, the Greek Freak is averaging 29.7 points, 14.3 rebounds and 6.8 assists per game. He has improved his overall contribution to the Bucks massively. Should he keep up these figures, he will achieve something no one has ever done in NBA. Antetokounmpo is truly a legend in the making. Unibet Sportsbook are offering remarkable odds for the Greek Freak to win a second consecutive NBA MVP title, we suggest you go for it!

Although we recommend cashing-in on the Greek Freak, James Harden is another player who will be right there in contention until the end of the year. ‘The Beard’ finished second last year, his third runner-up finish in five seasons. Having set a record of a 32-game streak with at least 30 points, there was not a lot more Harden could have done to win the MVP award. He says his recent campaign was “one for the ages” and claims that the media played a hand in him not winning the MVP acclaim.

“Once the media, they create a narrative about somebody from the beginning of the year, I think they just take that narrative and just run with it the entire year, I don’t want to get into details. All I can do is control what I can do, and I went out there and did what I was supposed to do at a high level. There’s only a few other seasons that anybody has ever done that before.”

James Harden will be teamed up with new arrival, Russell Westbrook, who won the MVP award in 2017. Harden had finished runner-up that year to his-now teammate.

Unibet Sportsbook has offered betting odds of 4.50 for James Harden to overcome the challenge and win the award for the second time. One thing has to be taken into consideration for the ‘Step Daddy’, his consistency is unmatched.

To top off our 2020 NBA MVP predictions list comes LA Lakers’ two showmen, LeBron James and Anthony Davis. Last year, the LA Lakers were banking on James carrying the team to their first conference finals in six years. However, in December, LeBron suffered an injury ruling him out of the season. The Lakers’ dreams were all but over due to the injury.

Aside from last season, ‘King James’ has an outstanding record in the NBA. He has been in the NBA Final for eight straight years, winning it on three occasions. The four-time NBA MVP winner has now been backed with the reinforcements of Anthony Davis.

Anthony Davis has all the tools that it takes to become the best player in the NBA. Prior to last year, Davis was definitely among the best players in the league. Now paired up with James, could he go on to win the MVP award? LeBron has certainly backed his teammate to do so, saying the offense should run through ‘The Brow’.

The Davis-LeBron partnership is probably the best duo out there in the league. Which one of the two stars will up their game for the individual award? Our online sports directory in the US has offered odds 8.00 for Anthony Davis to snatch the award. His teammate and 4-time winner, LeBron James is given betting odds 9.00.

Our 2020 NBA MVP predictions favor Giannis to take home the acclaim for the second straight year. However, James Harden is also in the picture for the long run. The Lakers men are also big favourites for the award. Especially if they come up with the good for ‘Showtime’.