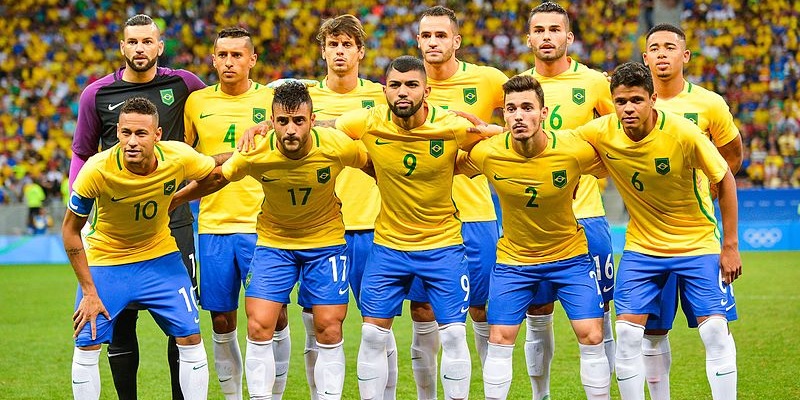 Tokyo 2020 will host the 25th edition of Men’s Olympic Football Tournament. Including the host team, 16 teams will be contesting for the gold medal. With UEFA as the qualifying benchmark, Europe’s Olympic quartet is now full. 2020 Olympic football betting predictions hold the defending champions, Brazil, as favorites.

The teams have started assembling for the Olympic football 2020, with 5 teams already named. The qualifying tournaments will go on till early 2020, gathering teams globally. Brazil as the 2016 Champions has a significantly higher chance to win next year as well. Online sportsbook news in Japan reports that Brazil has the best odds. On the contrary, it is crucial to note that they lack the motivation they had back in 2016.

To read up more about the teams that have qualified, check out this article: Place an Early Bet on the 2020 Football Olympics

Spain is probably the best team this season to bet your money on. They won the UEFA Under-21 Championship in Italy 2019, which is an enormous boost. By beating the former European Champions of 2017, Germany, Spain could be as well prepared as Brazil.

Nigeria is the defending champion of the CAF U-23 Africa Cup of Nations, which makes them the favorites to qualify for the Olympics 2020. Previously qualifying alongside Algeria and South Africa, we can expect Nigeria to be amongst the 16 teams.

Egypt will host the CAF U-23 Africa Cup of Nations with 8 teams contesting for qualification tickets to Tokyo 2020. The odds at 1xBET have placed Nigeria at 51. However, the odds will change with most of Europe’s teams disqualified.

Guadalajara, Mexico will host the 2020 Concacaf’s men’s qualifying tournament. 8 teams will compete for 2 spots at the Tokyo 2020. In addition to crowning its new champions, the finalists will proceed to play the Men’s Football Olympics.

Furthermore, Mexico has been qualifying for the Olympics since 1992 with the exception of 2000 and 2008. They also hold the title of Champions of Men’s football Olympics 2012. Also, their U23 football team has been Champions of Pan American Games twice. Taking a look at the 2020 Olympic football betting predictions, Mexico’s odds for winning are at 10.00.

Brazil is a top contender in the South America qualifying rounds. However, Argentina has higher odds to be one of the two, qualifying for Tokyo 2020. Brazil qualified as the host team for the 2016 Olympics in Rio.

Argentina has been gold medalists for two consecutive years, 2004 and 2008. Brazil has the best odds for the Tokyo Olympics at 5.50, with Argentina at 7.00 listed in odds provided by 1xBet.

Japan qualified as the host team

As the host nation, Japan automatically qualified for the Summer Olympics. Although Japan got a free pass, it certainly does not determine the capability of this team to win. Online sportsbooks in Japan have odds in favor of Japan winning in their homeland.

Interestingly, teams hosting a tournament naturally have an advantage over their opponents. With Japan listed at 21.00 in the outright win category, it is with some insight that we can see a consecutive homeland Champions.

Odds for an outright win at the men’s Football Olympics Tokyo 2020: