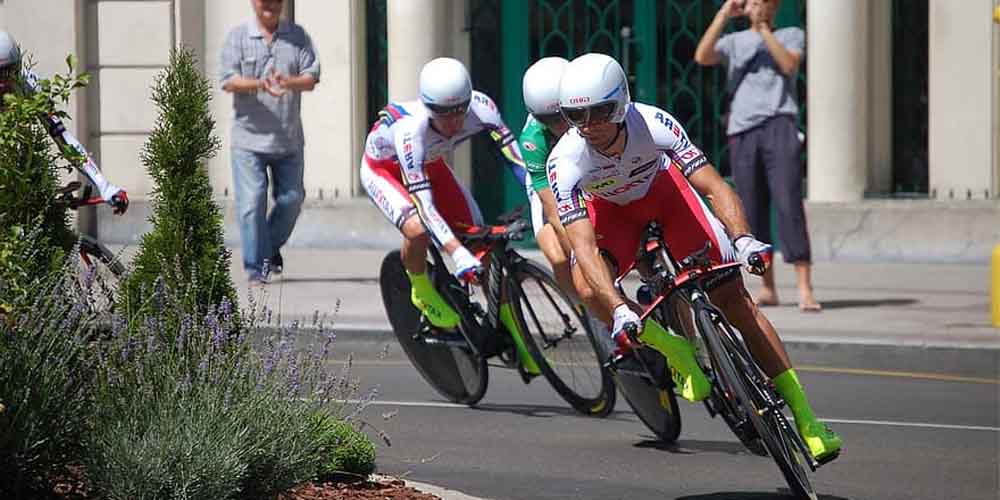 This year’s road cycling world championships will take place in Imola, Italy this week. The elite men’s time trial race will be held on the 25th of September, covering a 31.7km distance. Australian rider Rohan Dennis is the defending champion and one of the biggest favorites in the 2020 Time Trial world championship odds.

Time trial specialists all over the world will take part in the world championship this week, which will be hosted in a new location, the Italian region of Emilia-Romagna instead of the Swiss Aigle-Martigny area. Imola hosted the event in 1968, while the last world championship in Italy was held in 2013. The circuit will be almost totally flat so an average speed of 50kmh is expected. Some of the riders will arrive straight after the Tour de France, like Wout van Aert and Tom Dumoulin. While others concentrated only on this race like European champion Stefan Kung and defending champion Rohan Dennis.

In spite of the several big names, online sportsbooks in Italy favor a less known rider to win the race. Local favorite Filippo Ganna with the odds of 2.00 at the 1xBet Sportsbook. Of course, he is a great cyclist, the winner of the time trial event in the Italian road championship two years in a row. He also won the time trial stage in this year’s Tirreno-Adriatico. And he finished second in the overall standing in Vuelta a San Juan in January. Beside his road successes Ganna is a four-time world champion in the individual pursuit in track cycling. Riding for Team Ineos, he has a big chance to get an even better result than last year, when he finished in third place.

One of his biggest rivals can be his teammate who is also the 2018 and 2019 time trial world champion. Australian Rohan Dennis who has the odds of 3.50 to defend his title again. Dennis didn’t compete too much this season. He finished second in the national road championship and 4th overall in the Tour Down Under. He also took part in the Tirreno-Adriatico and finished third in the time trial stage where Ganna won. But the Aussie cyclists will surely try to equal his compatriot’s Michael Rogers’ record of winning three consecutive titles between 2003 and 2005.

Can van Aert win the world championship as well?

One of this season’s most successful cyclists is Belgian rider Wout van Aert, who is a favorite in the road race as well. But thanks to his great skills and diversity, van Aert is considered by online gambling sites in Italy as a potential time trial winner. His odds are 7.00 in the 2020 Time Trial world championship odds. The Jumbo rider has won two stages in this year’s Tour de France and finished in 20th place in the overall standing. Besides this fantastic performance, he also won the Milan-San Remo and the Strade Bianche classic races. No wonder he’s become a favorite here as well after also winning the Belgian time trial championship.

We also have to mention the European time trial champion Stefan Kung, who has the odds of 7.50 to win the world championship. The current Swiss champion took part in this year’s Tour de France but withdrew from it to prepare for this race. He won the time trial stage in the 2018 Tour and Tirreno-Adriatico as well.  While his best result in the road world championship so far is a 3rd place finish in the road race. We will see if he can improve on this and finish on the top of the podium. Like his legendary compatriot, Fabian Cancellara who won the competition four times.