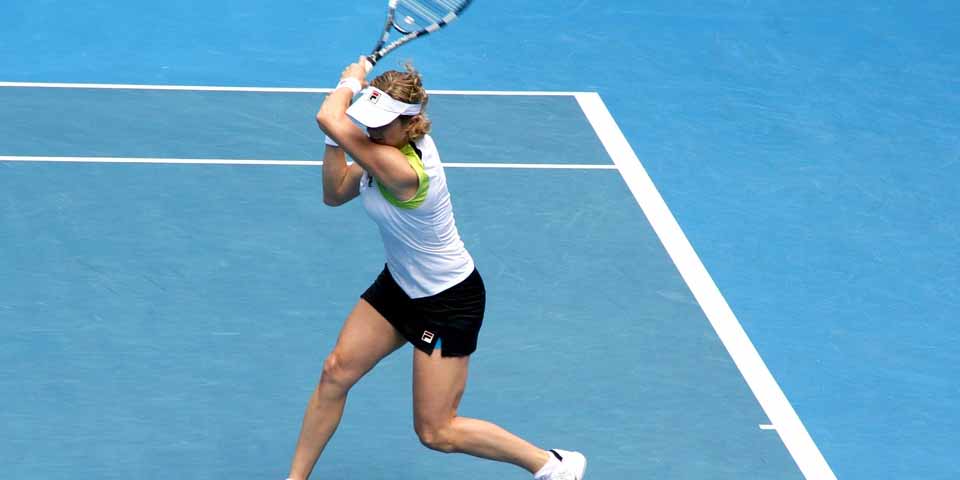 Although the first Grand Slam of this year is over, the 2020 WTA Dubai Championship promises to be just as interesting. Numerous top scale players, such as Simona Halep, Karolina Pliskova, Garbine Muguruza, and Belinda Bencic will enter the competition. Moreover, Kim Clijsters, the former world number one with 6 Grand Slam titles, accepted a wild-card into the singles. We have prepared the list of 2020 WTA Dubai Championship odds and betting tips.

What is the Dubai Tennis Championship?

The WTA Dubai Duty-Free Tennis Championships is the Premier tournament of the 2020 WTA Tour. The 20th edition of the tournament will take place between February, 17 and February, 22.

Live streams of all WTA events are available on Bovada Sportsbook.

Tennis fans all over the world were surprised by Kim Clijsters’ return after a 7-year break. Clijsters has also been ranked the world no. 1 and won a total of  6 Grand Slam titles. Before retiring in 2007, Clijsters won 4 Grand Slam tournaments: the US Open, Australian Open, French Open, and Wimbledon. However, she decided to return in 2009 and won another US Open and Australian Open in a row. Finally, after a long break, Clijsters will finally make a comeback during the Dubai Tennis Championship, where she will play against Garbine Muguruza.

Originally, Clijsters was supposed to face Kiki Bertens; however, Bertens decided to withdraw from the competition after winning the final in St. Petersburg.

Obviously, the fact that Clijsters hasn’t participated in professional tournaments since 2012 is reflected in her odds – she has +900 on Bovada Sportsbook to win the tournament.

A Romanian tennis player, the former world no.1 returns to Dubai Duty-Free Tennis Championship to defend her title in 2020. She spent the last year in Dubai, following the intense training regime, and the results are already visible. The first Grand Slam of the season helped Simona to reach the no. 2 place in the world ranking.

Halep was the first Romanian ever to win the Wimbledon Championship; when she came back home, 30,000 people were greeting and congratulating her.

Currently, Halep gets the highest odds – according to Bovada Sportsbook, she has +450 odds of winning.

Garbine Muguruza is yet another favorite of the Dubai Tennis Championships. Muguruza is a Spanish-Venezuelan player, a former no. 1 in the WTA Rankings. She also won two Grand Slam tournaments – the 2016 French Open and the 2017 Wimbledon Championship.

After the sudden withdrawal of Kiki Bertens, Muguruza will face Kim Clijsters in her first match. Muguruza is known for her powerful, almost explosive playing style, so there is no chance Clijsters can get an easy win.

According to online gambling sites in the US, Garbine has +600 odds to win.

Karolina Pliskova – one of the star attractions

Karolina Pliskova is a Czech player who currently is in 3rd place of WTA Rankings. Moreover, she holds 16 singles and 5 doubles titles on the WTA Tournament. Karolina also became the semifinalist of the US Open in 2016 and won numerous ITF titles. Since May 2019, Pliskova has been among the world’s top 3 women’s tennis players. With such great success in 2019, Pliskova will probably show a smart match during the 2020 WTA Dubai Championship.

According to Bovada Sportsbook, Karolina Pliskova has +550 odds to win the tournament.

This year, a Swiss tennis player Belinda Bencic achieved the 4th place in the WTA rankings. Bencic is the youngest player on the list – she is only 22. However, her professional records are beyond doubt.

Belinda suffered from numerous injuries in the period between 2016 and 2018. Despite this fact, she managed to climb up from the top 50 to the top 4 over the course of the year. In 2019, Bencic made it to her first semifinals. Bencic also won the 2019 WTA Dubai Championship, where she defeated 4 top-class players. But will she defend her title this year?

Based on predictions of online betting sites in the US, Bencic has +1100 odds to win the 2020 WTA Dubai Championship.

With such talented players, it is hard to predict who will win the 2020 WTA Dubai Championship. But if you have already made up your mind, check out our review about Bovada Sportsbook and bet on your favorite candidate.