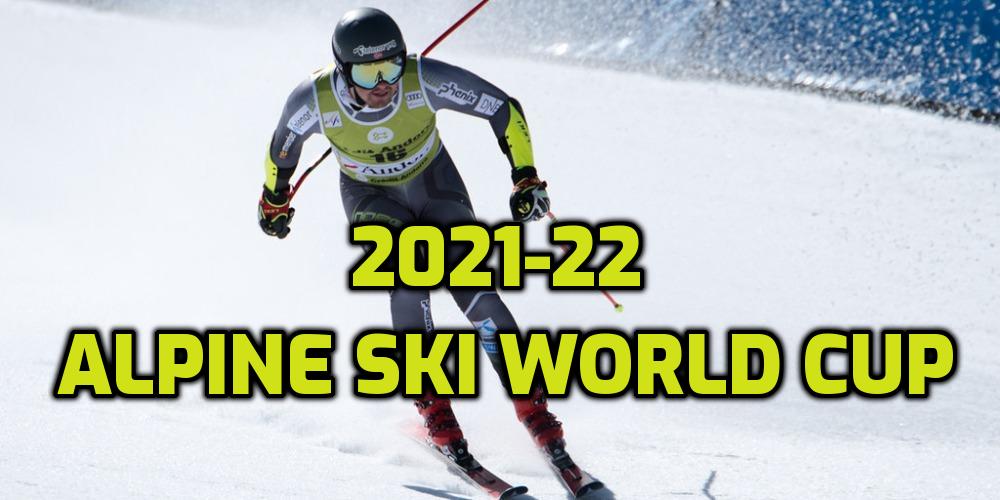 The new, 2021-22 Alpine Ski World Cup season starts this weekend with a giant slalom in Solden, Austria. All top men skiers will be there including the defending champion, Alexis Pinturault. The French will try to defend his overall title this season. But last season’s runner-up, Marco Odermatt can also get the crystal globe according to the 2021-22 Alpine Ski World Cup preview.

The 2021-22 Alpine Ski World Cup season is planned to return to its normal schedule with all overseas locations. So there will be races in Canada and in the US besides the European events. The same number of speed and technical events (18) will be held, creating a more balanced schedule. And offering a great opportunity for a more open race for the overall title. Where even downhill specialists like Dominik Paris can have a chance of winning. In the men’s race, Alexis Pinturault is the defending overall champion who is in the main favorites again. But other top all-around skiers, like Marco Odermatt and Aleksander Aamodt Kilde, will also aim for the crystal globe. Let’s see their chances and possible other favorites.

Alexis Pinturault is the most successful French skier in the history of the World Cup with 34 victories. He got 18 from them in giant slalom and he also won the giant slalom world cup last season. Now the 30-year-old athlete will try to defend his titles but it won’t be an easy task. As in this season, there will be more speed events than last year in which Pinturault is not as good. Plus he is facing tough rivalry from the younger generation. Still, online sportsbooks in France offer the smallest odds, 2.74 for his overall victory again.

Marco Odermatt finished as the runner-up in the overall standings last season, which has been the best result of his career so far. The 24-year-old Swiss is a six-time junior world champion but he couldn’t win any medal in the adults’ field. In the 2020-21 World Cup season though he was brilliant after winning three races. He also finished on the podium six more times. Now Odermatt will face a similar issue like Pinturault due to the increased number of speed events. But the 2021-22 Alpine Ski World Cup preview expects him in the top skiers again with the odds of 2.94 to win the overall title.

Kilde, Kriechmayr, and Schwarz Can Also Fight For The Title

The 2019-20 overall World Cup winner, Aleksander Aamodt Kilde couldn’t defend his title last season after suffering from an injury.  He finished only in 11th place in the overall standings and fifth in the Super-G. But in the new season, Kilde can aim for a much better result again. The Norwegian is strong in downhill as well besides Super-G. He’s got 3 World Cup wins in each discipline so far. Making him another favorite in the overall race with the odds of 6.65 to win the title. Last season’s Super-G champion, Vincent Kriechmayr can also do well in the new season.

Even though online gambling sites in France offer quite high odds (48.00) for his overall victory. The Austrian is also the current world champion in both speed events, downhill, and Super-G. But his less impressive performance in the technical disciplines might be a huge disadvantage in the overall race. His compatriot, Marco Schwarz has a much bigger chance of winning the World Cup. The 26-year-old finished third last season in the overall standings and won his first world cup title in slalom. Schwarz can perform well in the speed events too which he proved in this year’s World Championships. Where he won the combined event along with a bronze medal in Giant Slalom. Now his odds to win the crystal globe is 8.60 on 22Bet.