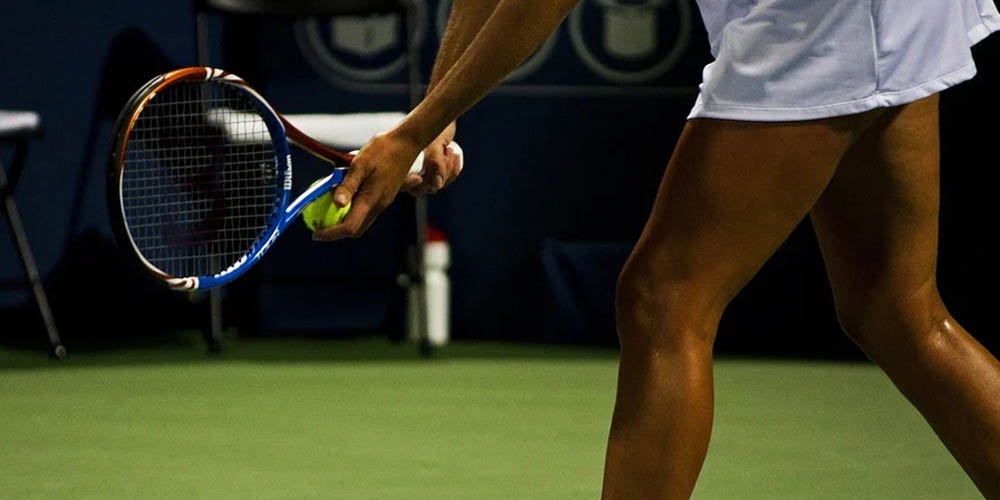 As betting odds are available, we provide you with our 2021 Australian Open betting predictions. The tournament will take place in the last two weeks of January in Melbourne. It is one of the four Grand Slam events, and it takes place every year. With many big names participating in the tournament, who has the best chance of winning the event?

After turning professional in 2003, Novak Djokovic’s rise to the top of the tennis world is filled with remarkable achievements. Currently, the Serbian tennis player owns 79 singles titles and 83% career wins. Also, he ranked number 1 in the men’s singles rankings. One of Djokovic’s preferred tournaments to play in is the Australian Open as he has won it numerous times. Out of 16 entries, he has won the title a total of 8 times and won the past two editions consecutively. So, what are the 2021 Australian Open betting predictions for the Serbian?

A win over Stefanos Tsitsipas in the Dubai Final with 6-3 6-4 marks one of Djokovic’s best years. Up to the date of this article’s publication, he is still undefeated in 2020 with 18 wins and 0 losses. This surpasses his 2013 season after going 17 matches without a loss. His last loss was back in November of 2019 against Federer in the Nitto ATP Finals. Therefore, if Djokovic maintains this form, he certainly has the best chance of winning the 2021 Australian Open. Betting odds for him to win the title for the 3rd consecutive time on Bwin are 2.10.

At the age of 34, Rafael Nadal is still one of the best tennis players in the world. He is currently ranked number 2 in the men’s singles rankings with 9850 points. With his notorious left hand, the Spanish player won 85 singles titles. He accumulated 990 wins in his career with an 83% winning percentage. At first glance, Nadal’s resume is not impressive in the Australian Open because he won it only once. However, this record does not show how unlucky Rafa is as he always fell short at the final stages of the tournament. He has reached the final a total of five times, the last of which was in 2019.

Nadal is not showing any signs of slowing down at 34, so this might be the year he breaks the curse. In 2020, he won his 85th career title after winning the Acapulco Final against Fritz 6-3 6-2. Therefore, he still has a good chance of increasing his career title wins in the 2021 Australian Open. Online sportsbook sites in the US have placed him as the second favorite in the 2021 Australian Open betting predictions. On Bwin, betting odds for Nadal to win his second Australia Open title are 7.00.

Dominic Thiem is an Austrian professional player who is still building his name to become one of the best. After turning professional in 2011, Theim managed to win 65% of his games with 284 wins and 152 losses. Also, he managed to take Federer’s place in the men’s singles rankings as he is ranked number 3 on the list. Throughout his career, the Austrian managed to win 16 titles so far.

His first professional title was in 2015 after winning the Open de Nice Côte d’Azur in France. Also, Theim’s first ATP Tour Masters title was in 2019 in the BNP Paribas Open after beating Federer in the Final. In the Australian Open, his best result was reaching the Final in 2020 and losing to Djokovic with a set score of 3-2. Those recent results indicate that the Austrian has been rapidly improving, so he will certainly be a top contender in our 2021 Australian Open betting predictions. Betting odds for Theim to win his first AO title on Bwin are 7.00.

Roger Federer Gets Better with Age

Even if you are not a tennis fan, you have certainly heard about Roger Federer. The Swiss is arguably the best tennis player in the history of the sport. He currently holds 82% in career wins and is number 4 in the men’s singles rankings. With 103 singles title wins, Federer is the most experienced player on our list. After 21 entries in the Australian Open, the Swiss won it six times, and reached the finals and semifinals a total of 15 times! In 2020, he reached the semifinal but lost to Djokovic 7-6 6-4 6-3.

Federer is still competing at the highest of levels at the age of 38 and could be coming back stronger. Recently, he said “I told myself to play free. You play the ball, you don’t play the opponent. Be free in your head, be free in your shots, go for it. The brave will be rewarded.” On Bwin, the 2021 Australian Open betting predictions for Federer to win the title are 8.00.

Will Daniil Medvedev Make His Breakthrough?

Daniil Medvedev is the youngest player on our list. The Russian player is 24 years old and turned professional in 2014. Being such a talented player, Medvedev is currently ranked number five in the men’s singles rankings. He holds a 63% win ratio out of 219 matches played. The young Russian has participated in four Australian Open tournaments but has not reached any of the final stages yet. In the 2020 AO, he reached the fourth round but got knocked out against Wawrinka. Medvedev has had an impressive year after reaching tournament finals in six consecutive times. Will he make his breakthrough in 2021? The 2021 Australian Open betting predictions On Bwin for Medvedev to win the title are 8.00.

Betting options on Bwinare not limited to the players above. The table below shows some of the other participating players and their betting odds. If you want to see the full list, go to Bwin and bet on the player who you think will win the 2021 Australian Open.

You can discover more about Bwin Sportsbook here.