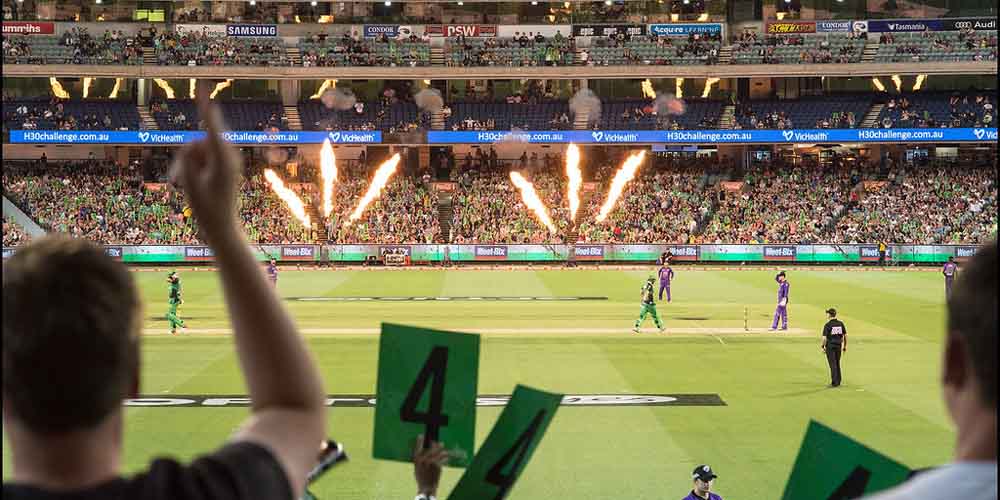 Our early 2021 Big Bash League betting predictions see Melbourne Stars and Syndey Sixers as top contenders for the title. However, as we’ve experienced in the previous BBL seasons, could one of the underdogs step up and cause another major upset?

Another exciting season of Big Bash League cricket is set to return running from 3 December 2020 to 6 February 2021. All eyes will be on defending champions the Sydney Sixers. However, our 2021 Big Bash League betting predictions currently eye a Melbourne Stars title win.

Here’s how some of the 2021 BBL competitor’s winning chances compare on Bet365 Sportsbook:

Additionally, the Stars will also be looking to clinch their first BBL Australia title. Fortunately, with favourable winning odds at 4.75, the Stars can achieve this and bounce back from the 2020 defeat.

In addition to favourable odds of winning on the Bet365 Sportsbook, they also have the squad back up their winning chances. All eyes will likely be on the Australian national Marcus Stoninis. Last season the all-rounder was the player of the series and also achieved the most runs.

The current Big Bash League champions are one of the top contenders to bet on with odds at 5.00. According to our 2021 Big Bash League betting predictions, they have the potential to upset the Melbourne Stars again.

Last season, the Sixers entered the competition as unlikely title contenders with unfavourable odds on the online sportsbooks in Australia. Nevertheless, they surprised us all and even ended a long trophy-less run in style. However, they’ll need to be mindful of the Melbourne Stars who are close on their heels.

Hopefully, last season’s top performers Josh Philipe and Steve Smith will be able to step up to the plate again.

Click here to join bet365 Sportsbook and bet on BBL

Consequently, in their following seasons, they failed to qualify for the playoff series. Therefore, if they’re to keep hold of their BBL record, a trophy this season is crucial. However, our 2021 Big Bash League betting predictions don’t foresee an easy campaign for the Scorchers.

Consequently, as underdogs, placing a winning bet at 7.50 on Bet365 Sportsbook might come at a risk.

According to our 2021 Big Bash League, predictions, the Renegades will be one of the risky teams to bet on. They currently stand the worst chance of winning with odds at 13.00 on the Bet365 Sportsbook.

Despite their BBL title win in the 2018-19 season, their following season didn’t go well as planned and predicted. They finished bottom of the league standings ultimately recording a poor title defence campaign.

However, several of their players such as Shaun Marsh, Beau Webster and Mohammad Nabi were among the league’s top performers.

Although a Renegades title win might seem out of reach, they could be the underdogs to surprise us all.

For more information on the featured sportsbook, be sure to read our latest review about Bet365 Sportsbook.