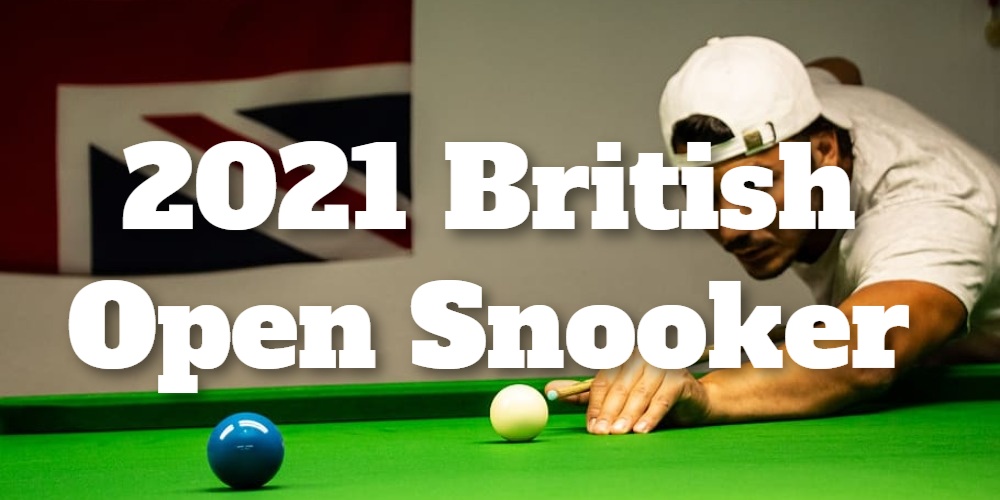 Without a doubt, this summer just got a whole lot better with the announcement of the return of the British Open. For that reason, we’ve provided fans and bettors alike with the 2021 British Open snooker betting.

Presently, Judd Trump is a favorite to win this year’s British Open title. Similar to most of this year’s competitors, Trump will also make his British Open debut. What’s more, as it stands on Bet365 Sportsbook, the English snooker player will likely make a great first impression by winning the 2021 title. Furthermore, he also poses the greatest challenge towards John Higgins’s title defending hopes.  All in all, Judd Trump has the best 2021 British Open snooker betting odds to win at 7/2.

On this occasion, Mark Selby is among the top contenders for the 2021 British Open title. However, it’s no surprise that Selby currently finds himself in a good position on Bet365 Sportsbook to win the ranking tournament.

So far this year, the English snooker player has won the World Snooker Championship. As a result, Selby will be one of the biggest threats this year at the British Open. Presently, Selby has the second-best 2021 British Open snooker betting odds to win at 8/1.

At this time, Kyren Wilson is among the snooker players that will compete at the British Open. So far this year, the English snooker player has yet to win any major ranking tournaments.

Lastly, John Higgins is another top contender for the 2021 British Open. According to the online sportsbook news in the UK, Higgins is the reigning British Open champion. However, after 17 years, fans and bettors alike are curious to know if he’ll be able to defend his title.  Presently, several contenders such as Judd Trump, and Mark Selby stand in his way of keeping a hold of his British Open title. So, Higgins will have to give his all this year and should avoid any costly mistakes at the 2021 competition.

Click here to say tuned with the Bet365 Sportsbook