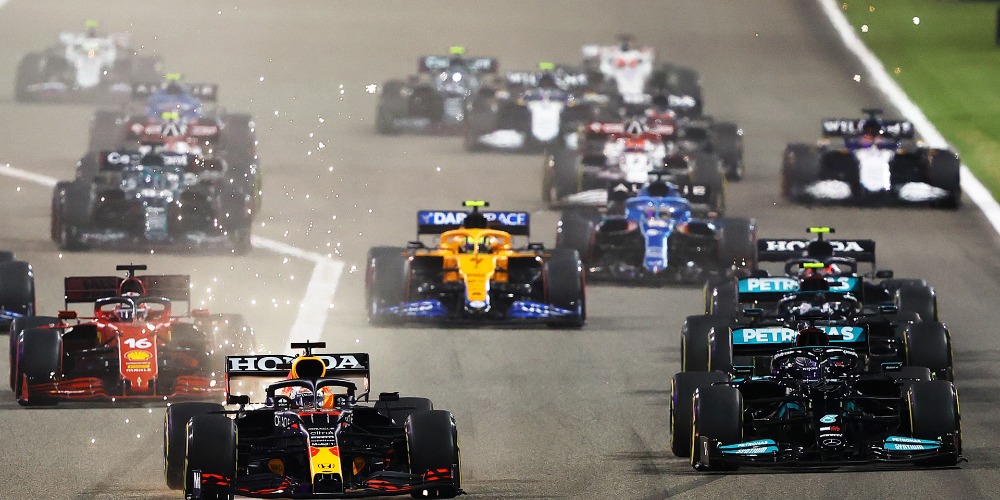 Last weekend Lewis Hamilton managed to win the Brazilian Grand Prix and got closer to the current championship leader Max Verstappen. Now the Red Bull driver’s lead is only 14 points ahead of the 7-time champion. So another exciting race is expected in Doha where the 2021 F1 Qatar GP predictions favor Hamilton to win.

The 2021 Formula 1 season has brought lots of excitement and unexpected turns so far. With the two leading drivers, Lewis Hamilton and Max Verstappen often going head-to-head in the races. At the moment Verstappen still leads the championship thanks to his great wins in the American and Mexican Grand Prix. But last weekend he only finished behind the brilliant Hamilton who managed to win the race in spite of starting from the 10th place. He was penalized for his car’s infringement. And forced to start from the back of the grid in the Sprint race. But the British driver finished that race in 5th place, meaning a 10th-place start on Sunday. He and Mercedes were perfect in the race and got the win in Sao Paolo. But surely Verstappen doesn’t want it to happen again and will aim for victory in the next race in Qatar this weekend.

The Formula 1 season continues this weekend in Qatar on a brand new circuit of the calendar. So it is even more difficult to predict which drivers and teams can perform best at the Losail International Circuit in Losail, Al Dayeen. The fast parts of the track might favor Mercedes. But the middle section with medium-speed low corners fit Red Bull better. One thing is sure, both top drivers will do everything to get the win with only three races remaining of the season. Lewis Hamilton will arrive in a better mood after his amazing victory in Brazil. Which was his 6th win of the year. Online sportsbooks in the UK expect the Brit to continue in the same style and offer the odds of 1.66 for his win.

But Verstappen has been in top form all season too after finishing first on 9 occasions. He was the favorite ahead of the last race as well. But his car was just not fast enough to keep Hamilton behind. The Dutch rider is still leading ahead of the defending champion and is on his way to winning his first title. He needs to stay close to Hamilton though to do that. So at least finish second if the Brit wins the next two races. In that case, everything would come down to the last race in Abu Dhabi as they would be level on points. Surely though Verstappen will try to win all remaining races to ensure his victory before the last Grand Prix. The 2021 F1 Qatar GP predictions offer the odds of 2.62 for the Red Bull driver’s success.

Bottas and Perez Can Have an Important Role Too

As the championship race is so tight this year, every point can matter. Even the extra point for having the fastest lap during the race. In Brazil, Sergio Perez could grab that point away from Hamilton thanks to his fast last lap at the end of the race. The Red Bull driver can play an important role in the remaining races too. Just like the other Mercedes driver, Valtteri Bottas. Both drivers have won one race in this season but their victory on any of the upcoming weekends would be a huge surprise. Of course, Formula 1 is a technical sport, and everything can happen before or during a race. Either Verstappen’s or Hamilton’s car can break down which case the performances of their teammates can be crucial.

Bottas is currently in third place in the championship with some great and very poor performances. While Perez follows him in fourth place, 25 points behind the Finnish. Online gambling sites in the UK mention them with similar odds to win in Qatar. With Bottas having the odds of 15.00. He will leave Mercedes at the end of the season. But he can still make some big contributions to the team’s and Hamilton’s success. On the other hand, Perez wants to secure his place at Red Bull and be a useful member of the team. With finishing ahead of both Mercedes, he would definitely do that.  His odds to get his second win in Qatar now are 17.00 on bet365.