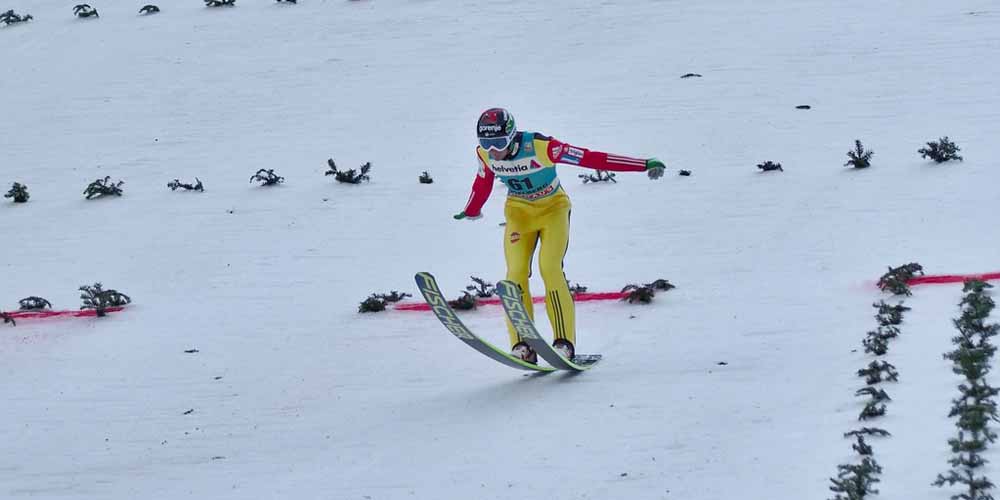 The longest FIS Ski Jumping season has already started and will last until the 2nd of April 2023. In the men’s event, Ryoyu Kobayashi is the defending overall champion. And the Japanese skier is among the top favorites again if we check the 2022/23 FIS Ski Jumping World Cup odds. But he is likely to face tough competition from his Polish and Norwegian rivals in the season.

The 2022/23 FIS Ski Jumping World Cup season started on the first weekend of November, with two large hill events in Wisla. And it will end on the 2nd of April 2023 in Planica, Slovenia. There are 32 men’s events in total including special top competitions like the Four Hills, the Raw Air, and the Planica7 tournaments. While one of the biggest events of the season, the 2023 Nordic World Ski Championship will be held between 21 February – 5 March 2023, also in Planica.  Austrian, Polish, and German ski jumpers have dominated the overall competition since the first World Cup in 1979/80. But we can find a Norwegian and Japanese winner in the last two seasons. Both Halvor Egner Granerud and Ryoyu Kobayashi can fight for the title again. Let’s see their chances below.

Ryoyu Kobayashi won his second overall World Cup title last season following his first victory in the 2018/19 season. The Japanese ski jumper also won gold in the normal and silver in the large hill event in the 2022 Winter Olympics. He also won the 4 Hills and finished third in the Raw Air tournaments. Making him a huge favorite again on online sportsbooks in Japan. Probably it’s not surprising that they offer the smallest odds, 3.74 for his overall victory.

The 26-year-old athlete didn’t have the best start to the new season. He only finished seventh and 30th in the first two events. But surely he will get better later on. The 2022/23 FIS Ski Jumping World Cup odds mention among his main rivals Dawid Kubacki, who managed to win the season opener in his homeland. The 32-year-old Polish skier won the gold in 4 Hills in the 2019/20 season, and bronze in the following season. His best result in the overall World Cup has been a fourth-place finish two years ago. But his odds to win it now are not bad at 4.50.

The same odds are offered for the overall winner of the 2020/21 season, Halvor Egner Granerud. The Norwegian finished fourth last season with two World Cup wins and eight podium finishes. The 26-year-old athlete started the new season in a similar form after winning in Ruka and finishing second in the first event in Wisla. Based on his form, he can be a major contender for the title again. Just like his compatriot, Marius Lindvik who will fight for his first overall title. He finished ahead of Granerud in third place in the previous season. While he also won the gold medal in the large hill competition in the 2022 Winter Olympics. The reigning Sky Flying world champion’s odds to win the overall title are also 4.50.

Online gambling sites in Japan mention next another two-time World Cup winner, Stefan Kraft among the favorites. The Austrian won the overall World Cup in the 2016/17 and 2019/20 seasons. After a weaker year, he got back to his best form last season. But he only finished in fifth place in the overall standings. Kraft won the gold medal in the team event in the Olympics, but he didn’t achieve similar results in individual events. The current world record holder in ski flying can still fight for the title this season. Just like Slovenian Anze Lanisek, who won the gold as a member of the Slovenian team in the 2022 Ski Flying World Championships. Both Kraft and Lanisek have a win already in the new season. And the odds of 8.00 and 15.00 on 22Bet to win the overall title.