These Are The 2022 Oscars “West Side Story” Predictions

News >These Are The 2022 Oscars “West Side Story” Predictions 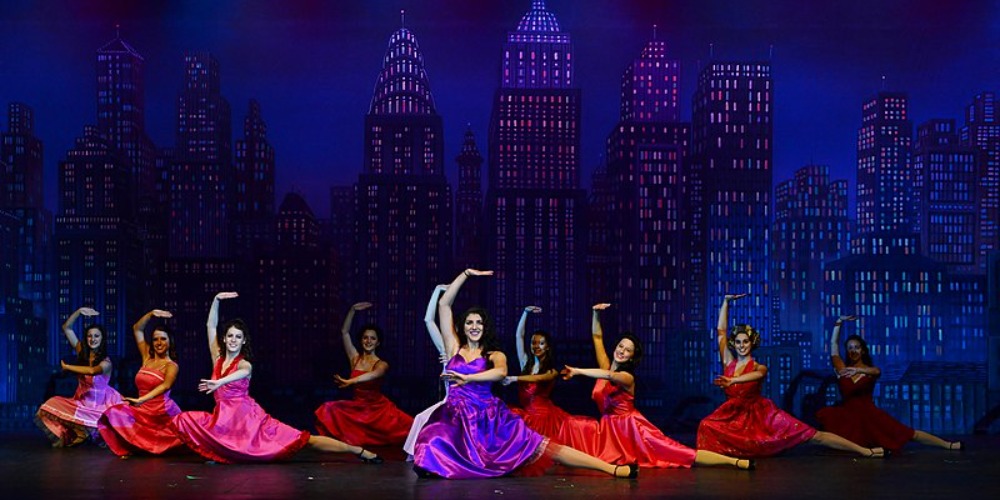 Do you like movies and gambling? Then the Oscars are for you! Find out the 2022 Oscar “West Side Story” predictions and double your money! since 1929 the Academy Awards or as better know the Oscar Awards are given to the finest actors, directors, and everyone working in the movie industry. It’s the biggest award anyone working in that field can get. So each year there are predictions for the awards based on the movies of the year.

In 2021 one of the biggest shots in Hollywood was Steven Spielberg’s “West Side Story”. He renewed the story we all know and made a modern version of it for the younger generations. With that, he made something extraordinary. At the moment it seems like the movie will be nominated for many categories at the Oscars, and it has a high chance to win them. Among others, it has good odds to win Best Picture and Best Director. Also, the cast is nominated for awards, for example, Ariana DeBose is the frontrunner for Best Supporting Actress. Stay tuned and find out the odds then visit 22BET Sportsbook to put on your bets!

2022 Oscars “West Side Story” Predictions: It Has High Odds To Win Best Picture!

We all know the famous story of “West Side Story”. The original movie that debuted in 1961 was based on Jerome Robbins’s “West Side Story”. The movie then became legendary, it was nominated for 11 categories at the Academy Awards in 1962 and won 11 of them. With that, the movie became one of the few movies that won 10+ awards at the Academy Awards. It even won the Best Picture and Best Director. Can Spielberg’s movie win both of those awards too?

Maybe it will! All in all, Spielberg made a very risky move with recreating a movie as famous as this, but it seems like he made an amazing work. That’s why the movie has very high odds to win Best Picture at the newt Oscars. According to online sportsbooks in the US, it has its winning odds at 3.5. With that, it’s second on in line. What’s more, as Oscar-nominated are not out yet, there is also a betting to which movies will be nominated for sure for Best Picture. In that list “West Side Story” is the first one with odds at 1.05.

The plot of “West Side Story” is known to everyone. It focuses on the love story of two teenagers, just like in “Rome and Juliet”. Some even call it the modern version of that story. It takes place in 1950s New York City, where two teenage gangs compete for control in the Upper West Side. There are the Jets and the Sharks, with Puerto Ricans. To sum up, in the story Natalia, who is the sister of Bernando, is a member of the Sharks. She also arranged to marry the leader of the Sharks, Jose. Somehow she ends up falling in love with Tony, one of the leaders of the opposite band, the Jets. This is the main source of intrigue. It’s one of the most known stories and the original version is one of the all-time classics.

However it’s getting older and the youngsters these days might not find it as gripping This is why Spielberg made a new version of it, and he succeeded to make it superb. He got high praise from everyone for his directing and has high odds to win theBest Director Award at the Oscars. According to 22BET Sportsbook he has his winning odds at 9.00, which is rather high. Also, take into consideration the fact he has already won Best Director at the Academy Awards 2 times and has been nominated for the award 7 times. Why wouldn’t he win the award once again? He has rather high chances. So if you are looking for the 2022 Oscar “West Side Story” prediction, keep in mind that it could win Bets Director.

According to online sportsbooks in the US, young Ariana DeBose has the most chance to win Best Supporting actress at the next Oscars. With winning odds at 2.63 she is the frontrunner. If you are thinking about betting on the Academy Awards you shouldn’t miss out on betting on her. It’s always hard to predict the outcome of any Award shows, but it seems like this year no one else has as good odds to win as her. Even at the Critics Choice Awards, she was the frontrunner.

And why is it important? Because the winners of the Critics Choice Awards have very high chances to win at the Oscars too. DeBoise plays Bernando’s girlfriend Anita. She is the one who accepts Maria and Tony’s, love. The actress’ name might be familiar from “So You Think You Can Dance”, where is debuted on television. After that, she entered Broadway and she got nominations for a Tony Award. She had a role in Netflix’s “The Prom” but in 2021 she made her real breakthrough with “West Side Story”. She is a rising star in Hollywood and has very high odds this year to take home an Oscar. So why wouldn’t you put your bet on her? Don’t hesitate!

Ariana DeBose is not the only actor in the movie who has a high chance to take home an Oscar this year. Ansel Egerton and Rachel Zegler also have nice odds to win. Ansel Egerton has winning odds at 34.00 in the Best Actor category. Meanwhile, Rachel Zegler has a bit better odds, according to 22BET Sportsbook she has her odds at 15.00. They play the two main characters, Tony and Maria, the young couple in love. As it seems Rachel Zegler has nice odds to win Best Actress in the next Oscars gala, as her performance is simply amazing.

She is extraordinary and plays perfectly the role. She already got Critics Choice Awards and Golden Globe nominations. As a newcomer, she made an amazing entrance to Hollywood. It is her first bigger role, and her first-ever role in a movie, as she only has been acting in theatres before. So why wouldn’t you bet on her? As a rising star in Hollywood, she has good odds to win Best Actress at the Academy Awards.

On the other hand, Ansel Egerton’s career has already started before “West Side Story”. He is not just an actor, but a singer, and a DJ. His acting career started back in 2013 when he got a port in the horror movie “Carrie”. After that, he got the leading male role in “The Faul in Our Stars” which brought him fame and acclamation for his acting. And in 2017 he was in the cast of “Baby Driver’ for which he got a Golden Globe nomination.

To sum up he is not new to acting, but in “West Side Story” he proved not only he is a good actor but also a good singer. All in all the 2022 Oscar “West Side Story” predictions says that it has the chance to even win both Best Director and Best Picture. Not to mention that three of the actors have good chance to get nomination for an Oscar and even to win.