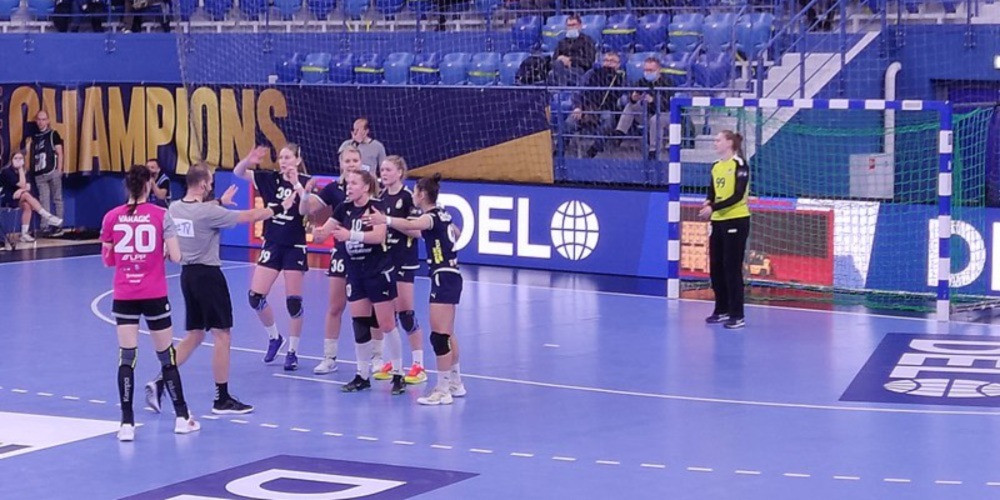 The 2021/22 Women’s EHF Champions League Final Four is held this weekend, between 4-5 June at the MVM Dome in Budapest. We can find the defending champions, the Vipers Kristiansand, and five-time winners, Gyori Audi ETO KC in the last four. The 2022 Women’s EHF Champions League winner odds favor the Hungarian team to win the trophy but first, they need to get through Team Esbjerg in the semi-final.

The 2021/22 Women’s EHF Champions League season has already brought fans lots of exciting games and huge surprises. Like a tight quarter-final between Team Esbjerg and CSM Bucuresti which ended with a one-goal Danish win. The two experienced teams in the final four, Gyori Audi ETO and Vipers Kristiansand won their ties more confidently. Knocking out Brest Bretagne and RK Krim Mercator from the next stage of the competition. Both clubs have won the tournament before, Vipers are the defending champions. While ETO won the Champions League five times so far. Team Esbjerg has reached the Final Four for the first time in the club’s history. The fourth participant, Metz Handball will play in this stage for the second time after advancing automatically to the last four following the elimination of Rostov-Don.

Gyori Audi ETO have already won the tournament five times before and finished as a runner-up on three more occasions. But last season they only finished in third place. Now the Hungarian club is in the final four again with a huge chance of winning. At least online sportsbooks in Hungary favor them to do so. They offer the smallest odds, 1.61 for their victory in their 2022 Women’s EHF Champions League winner odds. Ambros Martin’s team has won their group confidently, with 13 wins and only one defeat. They continued in a similar style against Brest Bretagne in the quarter-finals. And got to the final four with two easy wins against the French club.

Now they will first meet Team Esbjerg in the semi-final, with the odds of 1.18 to win the match. The Danish club reached this stage for the first time after knocking out CSM Bucuresti. Their victory against the five-time champions would be a huge surprise now and has the odds of 4.25. We can find such top players in ETO as French goalkeeper Laura Glauser, centre-back Stine Oftedal, or right-back Ryu Eun-hee who all have been nominated for the season’s All-Star team. Along with Hungarian left-wingers, Nadine Schatzl and Csenge Fodor. Playing at home in front of enthusiastic fans will be another advantage for ETO, who can win the title after their last success in 2019.

Vipers Are Favored To Reach The Final Again

Vipers Kristiansand are the defending champions after defeating Brest in last year’s final. They got to the last four this season again thanks to their strong performance. They finished fourth in the group, behind ETO. But they were the only team who could beat them this season in this tournament. Then the Norwegian club faced Slovenian RK Krim Mercator in the quarter-final and won 65-49 on aggregate.

Now they will meet Metz Handball in the semi-final with the odds of 1.60 to win the game. Players like Katrine Lunde, Jana Knedlikova, Ana Debelic, and Zsuzsanna Tomori are just a few names to mention. Along with Nora Mork who is fighting for the top scorer title with Bucuresti player Cristina Neagu.

No wonder online gambling sites in Hungary mention Vipers as the second favorite to win the trophy. They offer the odds of 5.50 for their win but the same odds are offered for Team Esbjerg. We have to mention the fourth team in the final four, Metz Handball who make their second appearance at this stage. In 2019 they finished fourth but they want to improve on that result now. The French team managed to defeat Vipers twice this season which can be an encouraging sign ahead of the semi-final. Their odds to win against the Norwegian champions are 2.20 on bet365. With the lead of team captain Meline Nocandy they can certainly do that. But their chances of winning the trophy are quite low with the odds of 8.00.