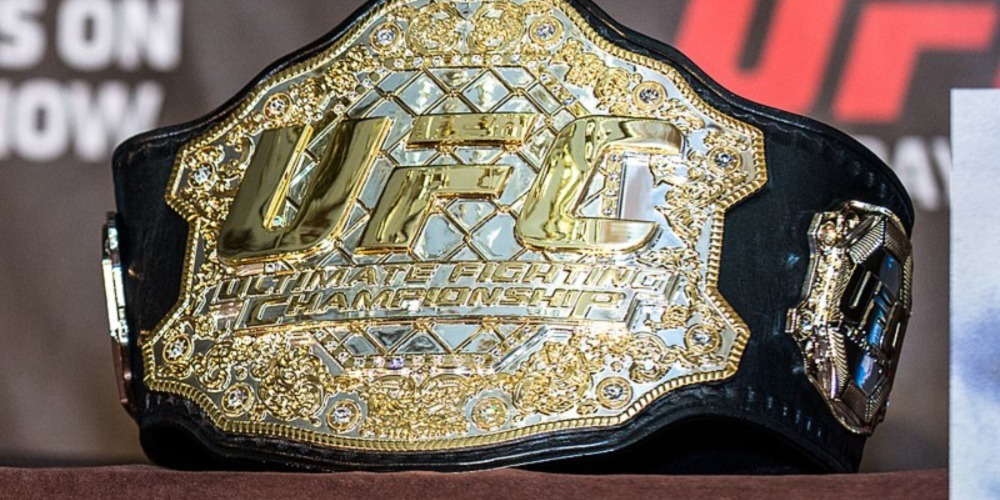 Mixed martial arts, like other combat sports, is extremely unpredictable, and the mathematical calculation does not always work here. It also happened that, it would seem, a passing opponent, who was released into the cage only so that a stronger fighter had an opponent, won and sometimes did it devastatingly. There were very many such cases, and it is about five such cases that we will discuss. So, the TOP 5 biggest upsets in UFC history.

At the UFC 196 tournament, a duel took place between a little-known at that time Nate Diaz, and Conor McGregor, who had already become the main star of the promotion. Before the fight, absolutely no one believed in the victory of Nate, who throughout his career was a very average fighter. And Conor went after the legendary victory over Jose Aldo in 13 seconds.

And by the middle of the second round, Nate took the initiative and began to deliver his blows over and over again. At the very end of the second five-minute period, Conor McGregor desperately climbed into the ground to the Stocktonian, who owns a black belt in jiu-jitsu, and this became a fatal mistake for him. Nate Diaz quickly got his bearings, went behind the Irishman, and delivered a choke hold that marked the end of the fight and one of the greatest upsets in modern UFC history.

Ronda Rousey was a top star in the Women’s UFC. She surpassed all her rivals by two heads. So over time, everyone stopped considering her rivals as real contenders for the title and firmly believed in her invincibility. The same was true of Holly Holm, who was a good striker and had a record of 9 wins with zero in the line of defeats. However, Holm herself did not intend to just give the victory to Rhonda.

Their fight took place at the UFC 193 tournament. Rosie’s forte has always been wrestling. But in this fight, apparently believing in her immunity, she decided to fight on the stand. After the gong sounded and the rivals met in the cage, it quickly became clear that Holm was much superior to the champion in striking and interrupted her in almost every moment of the fight.

At the beginning of the second round, the challenger managed to deliver a series of punches. That shocked Rhonda and consolidated her success by providing a high kick to the jaw of the already former UFC champion. Everyone was in shock. Because before their eyes, the long history of the sole reign of Ronda Rousey in the UFC was completed. Unfortunately, Holly was unable to replace the former champion and secure her title for a long time, losing in the next round to Miesha Tate.

Once Luke Rockhold and Michael Bisping had already met, then it took Luke a little more than a round to finish Bisping. Two years later, their revenge took place and Rockhold acted as a champion and a big favorite. They were so confident in his victory that the online sportsbooks in the US, like Bet Online Sportsbook, set the odds for his victory at 1.1. And it was quite justified, because Michael was not at his peak at that time and lost a lot, and he got the title in a slightly dubious way.

Their fight took place at the UFC 199 tournament. The fight had just begun. The fighters began to test the ground. And nothing foreshadowed trouble for Luke Rockhold. But at one moment Bisping managed to get an accurate blow to the champion’s jaw. And, not allowing him to recover, rushed to the finish. A few seconds later, Luke was knocked out, and Bisping sensationally became the champion in the middleweight category. As expected, he did not own the belt for a long time. And, having made one very weak defense, he lost it to Georges St-Pierre. And Luke Rockhold himself has since declined.

Anderson Silva is without a doubt one of the most distinctive and powerful fighters in MMA history. UFC President Dana White himself highly appreciated his skills and called him the greatest fighter. At UFC 162, his next fight against Chris Weidman was announced.

Anderson was on a 16-win streak at the time and was an icon for the fans who didn’t give Chris the slightest chance of winning. The fight began in the usual manner for Silva. He was in no hurry and sometimes even played with an opponent. However, Chris didn’t mind spider’s mockery and he knew exactly why he entered the octagon.

In the second minute of the second round, Anderson Silva decided to mock Weidman again. He stopped blocking punches with his hands, only dodging them with his body. But this time such a trick did not work and Chris Weidman managed to deliver a powerful blow exactly to the jaw of the champion, who immediately fell to the floor, followed by a quick finishing move and the referee stopped the fight.

Thus, Chris scored, indisputably, the most significant victory of his career. Of course, everyone dismissed Silva’s loss as an accident. But in their immediate rematch, Silva suffered a horrific leg injury and lost again, after which his career rapidly went down the drain.

Joanna Jedrzejczyk has achieved tremendous success in Muay Thai, winning the world championship five times and winning silver once. After that, she decided to connect her life with MMA and did not lose. Joanna easily dealt with each of her rivals.

She was signed to the UFC, where she continued to scalp her opponents and won the strawweight championship. She went on a series of 16 victories in a row and never lost in her career. And by this time, she had successfully defended her championship belt five times.

Yoanna’s sixth defense took place at UFC 217. And her opponent was Rose Namajunas, who did not have such regalia as a champion and had already suffered several defeats. Based on this, the applicant didn’t have many chances, and the victory of Jedrzejczyk seemed obvious.

However, this evening was the high point for Rose, who took less than a round to shock the MMA community and knock out Yoanna in three minutes. Of course, the ex-champion was given revenge. But this time Namajunas won, only this time by the decision of the judges. Since then, no one has any doubts that Rose is a serious threat to every fighter. Don’t miss the MMA fights on the online sportsbook sites in the US such as Bet Online Sportsbook.