7 Best Boxing Movies Of All Time 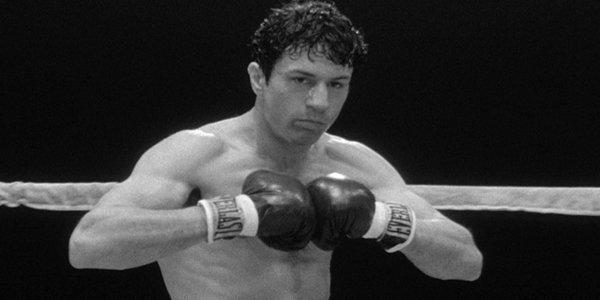 With the Tyson Fury vs Dereck Chisora fight coming up this weekend we’re going to take a quick look at the portrayal of boxing on the silver screen and stack some of the best boxing movies up for you to have a look at. Nothing can ever capture the true raw energy and passion of two professionals in the ring, the competitive edge is hard to replicate by even the most skilled of actors, but we won’t wallow in the technical details.

Most boxing movies like to show us the men behind the punches, the people they interact with and the stories that go with the sport as a whole. Some of them imprison their protagonists in a web of intrigue others merely in the chaotic happenstance of reality, but be they fiction or biographic, documentary or classic cinema, they are now as much part of boxing culture as the ring girl carrying that card around to a chorus of whistles and taking the bets of mates who don’t know what they’re talking about.

Whatever you might think of Sylvester Stallone, and there is much that can be thought, this work of genius represents everything a boxing movie should be. Inspirational and insightful this seminal work not only spawned a myriad of impersonators and pretenders, sketches and popular culture references but also came with a blinding soundtrack of the sort of music that makes you want to run up steps and bounce heroically at the top. It won best picture at the academy awards in 1976.

The irrepressible Robert De Niro in perhaps his finest role, well arguably his finest role anyway. Playing the almost beast-like “Raging Bull” Jake LaMotta. His acting coupled with Scorsese’s direction make this perhaps the seminal classic work about boxing on screen. Rocky might have you leaping in the aisles waggling your fists about, but it’s only raging bull that makes you feel like you’ve been punched a few times when the credits roll.

When We Were Kings

Documentaries about boxing often suffer for being attempts to get at the underbelly of the sport, either its dirty corners or its fiscal basis, but this one concentrates on the character of one particular fight, and oh man what a fight. The Rumble In The Jungle held in Zaire in 1974 between Muhammad Ali and George Foreman was a superb example of boxing but it was also a great example of how two very different men could compete in the same sport. Simply a must for any boxing fan.

Played out in real time, something that today’s most artistic film makers would still think twice about, this 1949 classic pits Robert Ryan against the world. With George Tobias as his manager this is a stunning example of what can be done when a true aficionado of the ring and gloves makes a film about it. Unlike his later work Somebody Up There Likes Me, The Set-Up doesn’t pull its punches and there’s a distinct air of menace about the cinematography.

Somebody Up there likes me

Paul Newman’s sympathetic portrayal of Rocky Graziano won two Oscars in 1957 and from his troubled-youth criminal activities to his issues with the Army it shows boxing to be an escape from past wrongs and the way to a productive life. This is of course heavily romanticized by Robert Wise’s direction and Pier Angeli is perfect as the counter-balance to Newman’s rough and ready boxer from the streets who can never quite believe his own luck.

The harder they fall

With the legend that is Humphrey Bogart alongside Rod Steiger this is a tale of dark betrayal as a former journalist of gambling news is hired to do PR for a new fighter who doesn’t stand a chance and yet keeps winning. The tense build up to the climatic ending is truly a ride of cinematic greatness slowly developing a knowing foreboding as you watch. Bogart is of course superb but in the end will he save the boxer’s life or take the money and run? You’ll have to watch it to find out.

Russell Crowe in a movie about boxing, what more need be said? This more modern classic of the genre sees the fall and rise of “The Bulldog Of Bergen” from career threatening injury and the great depression to the heights of victory. This is a tale of redemption and rediscovery, of perseverance and application of skill and experience, it is, in short, precisely what a boxing movie should be and continues this genre’s traditions into the modern era.

• Who was better, De Niro or Stallone?
• Who IS better out of Fury Chisora?
• Someone pass the popcorn

So there you have it, our top 7 boxing movies, but there are lots more we had no room to mention in this list (Rocky alone has six incarnations now) so whilst you’re waiting for the WBO World Heavyweight Championship Final Eliminator this Saturday don’t just sit fretting about the odds or the camera angles of the fight to come, but take in one of these portrayals of the fights that have gone before, they’re a great watch for any fan and might keep you from getting too excited and peaking too early.