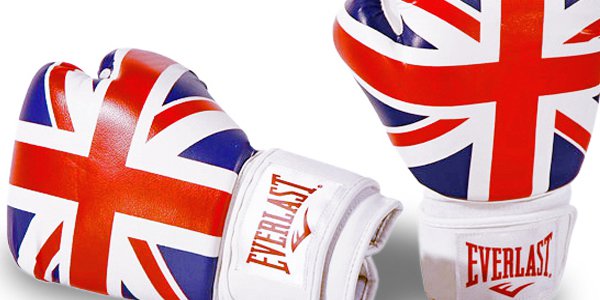 Memorable moments in sport are ten a penny. Soccer has Pele laying it off to the right, MotoGP has Estoril in 2006, and the NBA has the Dream Team’s Olympic performance, the list is, unsurprisingly almost inexhaustible. Boxing in the UK is not immune from these moments, as the Tyson Fury vs. Dereck Chisora odds attest, and they stick in the collective memory of fans, and some of them have even transcended merely those that follow the sport and become legendary instances in sporting, not just boxing, history.

When Henry Cooper knocked down a young Muhammad Ali you could have heard the gasps from across the Atlantic. It was the dying seconds of the fourth round, Cooper spending much of it flailing at a swift of foot Ali, when one of Henry’s trademark left hooks came up at an angle, felling his young opponent.

It is often said had Ali not caught the ropes with his armpit on the way down the impact of his head on the floor could have left him knocked out. As it was a little boxing drama ensued with the split glove incident now infamous, but that didn’t stop Ali later saying Cooper had hit him “so hard that my ancestors in Africa felt it”.

There are lots of “you really had to be there” moments in sport but for any Brits out there this was one of them. So much hope for a British heavyweight world champion, so much support, so many dashed hopes. Frank Bruno was Britain’s darling at the time having won the WBC heavyweight championship in 1995 and having the sort of out-of-ring persona that the press salivate over even today.

It would be unfair to say he was expected to win against the favored Tyson, but his performance on the night was woeful at best, and despite his best efforts the fight was stopped in round three to prevent any more injury to Bruno. Glorious it wasn’t, memorable it most certainly was.

The fight that just went on, and on, and on. In June of 1986 the Irish born fighter was due to defend his WBA featherweight title in Vegas in an outdoor bout that would stretch fifteen long, long rounds under a blazing Nevada sun. A factor that would come into play and put the Irishman on the front pages of the gambling news reports.

His opponent, the at the time little known Stevie Cruz, and he battled hard through a good fight but with the heat taking its toll of the man from the emerald isle he eventually began to wilt getting knocked down in both the tenth and fifteenth rounds so that he lost on a decision. After the bout McGuigan was hospitalized for dehydration but that hadn’t stopped it being a heart-in-mouth bout for his supporters back home the other side of the Atlantic.

Ricky Hatton was at the time the WBU light welterweight champion and favorite of the British crowd for his theatrical antics and rather over-exuberant mouth, and his bout against the Australian Kostya Tszyu had attracted huge public attention.

The fight started slow built into a grudge match after a few rounds and some low punches, some of them quite on purpose. The punishment each man took was massive with the rounds stacking up against the Australian on the judges scorecard at the end due to Hatton’s massive stamina. Hatton’s win will be remembered for it’s sheer brutal defeat of power and experience.

It’s very hard to adequately describe the most famous of British boxing rivalries between these two without getting Shakespearean about it. Never have two British boxers had such a fiery and dramatic relationship as these two superb athletes. Their 1993 rematch was watched by half a billion people world wide and by 42,000 screaming fans in Old Trafford and had been organized by the legendary Don King.

• Should Fury/Chisora rematch be included?
• What beat Bruno?
• Did Turpin rob Robinson?

The fight wasn’t as brutal as their first, nor as technical, but it is generally agreed that in the history of boxing there hasn’t been a final round to fight like it. Both men determined to gain victory that final round was a preeminent display of the pugilistic arts. The bout ended in a draw, a judges decision, which was only fitting as it left both with their titles in tact. Super stuff.

At the time, 1951, Sugar Ray Robinson was reputed to be unbeatable. His record and physical fitness seemed unassailable, and he was expected to breeze by his opponent in London’s Earls Court, it’s just no one had told Randy Turpin that. Unafraid and confident Randy’s upfront style clearly unsettled Robinson who managed to hold on but not get on top of his opponent.

The fight may have had to go all the way, but throughout it was Turpin that was racking up points and Robinson who was failing to find the target. The end result was that the great Robinson was beaten for the first time in 90 bouts, something he made no excuses for save to say he was beaten by the better man. Classy.

June 21st 2003 and a battle royale between two of the great figures in modern Heavyweight boxing, Lennox Lewis and Vitali Klitschko. With Lennox having knocked out Mike Tyson the defense of his title against Klitschko was due to be a lesser affair, the Russian an underdog with both crowd and bookmakers alike, and Lennox was made out to be the title character in Willy Wonka and the Chocolate Factory leading Klitschko towards the sugar.

However the fight didn’t go to plan as both men slugged it out. With both men having cuts to their eyes by the middle of the third round this hard hitting fight was always destined to be controversial and the final result, a technical knockout by Lewis because the fight was stopped due to injuries he’d caused to Vitali (an cut above his left eye), left very few satisfied that justice had been done, but what a fight it was to watch.