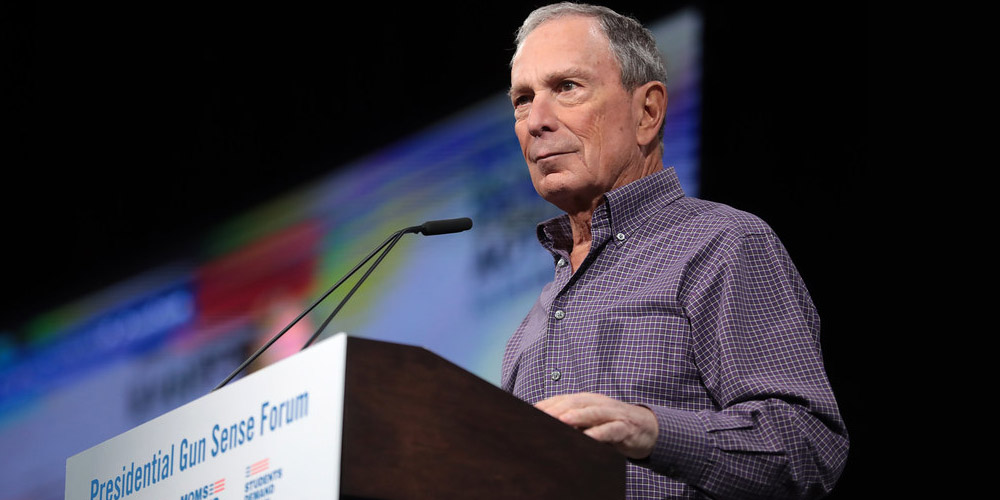 So, Warren went for Bloomberg, Amy & Pete attacked each other and Joe Biden failed to make an impression. The Democrats debate in Las Vegas left figurative blood on the carpets. Most of it Michael’s. No one who has bet on Bloomberg to be the next President can feel very confident now. He appeared out of his depth. However, Bovada and other online sportsbook sites in the US, now give him a 5/2 shot at the nomination. Apparently, riches can outweigh political skills.

“Mayor Bloomberg,” NBC’s moderator Chuck Todd set the tone for the evening. “Should you exist?” What followed was a snide, bitchy, knife-fight between people nominally on the same side. The Democratic candidates for their party’s nomination went at each other hammer and tongs. So, anyone who bet on Bloomberg to be the next President will hope what happens in Vegas, stays in Vegas. Unfortunately, this Democratic Debate will probably prove that wholly wrong.

Elizabeth Warren, who had thus far failed to set light to the flames of popular support, made a good showing. Her attacks on Michael make a bet on Bloomberg to be the next President look somewhat foolhardy. His record on race, policing, and women all took punches from various opponents. Elizabeth merely did it better than the rest. Usually, a bet on sports in the US is more interesting than a bet on politics in the US. That’s no longer true. This fight is getting brutal.

Warren Comes Out Swinging In Vegas As Amy & Pete Bicker

“I wish everyone was as perfect as you, Pete.” Amy Klobuchar and Pete Buttigieg seemed determined to destroy each other. A bet on Bloomberg to be the next President now looks silly, a bet on either of them, even more so. Their squabbling did little for their chances. Whilst Warren looked fierce, Bernie aloof and Bloomberg lost. Amy and Pete appeared a married couple in need of counseling – or a good divorce lawyer. Still, at least they made an impression. Unlike Biden.

Joe is yesterday’s man and it shows. Without the energy, Warren displayed he seemed to fade into the background. She’s making a comeback, Joe is on his way out. So, a bet on Biden is now marginally sillier than to bet on Bloomberg to be the next President. Democrats want different, not more of the same. This is why Sanders is the front-runner. He’s different. Bernie is evens to get the nomination at most online betting sites in the US like Bovada. Not that he said much.

Bet On Bloomberg To Be The Next President At Bovada

Bernie Sanders faced little scrutiny in the debate. There was a minor moment about some of the tactics his supporters use, but his policies were let slide. So, if Warren doesn’t gain a lot of traction, he’s almost a shoo-in to win the nomination. No one else seems likely to have much of a chance. A bet on Bloomberg at Bovada Sportsbook to be the next President made sense all the way up to his debate appearance. Now it looks like Bernie has this in the bag. Which sets up an epic general election.

So whilst the odds on Bernie Sanders winning the nomination seem quite solid. The odds of him winning the White House are less so. He’s far from the best bet on the 2020 US Presidential election. The odds of Donald Trump are still leading that race. However, anyone in the US gambling laws of political certainty will stabilize should think again. This will be the most unpredictable election yet. But not so much that a bet on Bloomberg to be the next President makes any sort of sense now.

We take a look at why a bet on Bloomberg to be the next President has suddenly ceased being a very good idea.

You can see more about these odds at Bovada Sportsbook here.