AIS Female Cyclists are made of SAS, Spice And Everything Nice

News >AIS Female Cyclists are made of SAS, Spice And Everything Nice 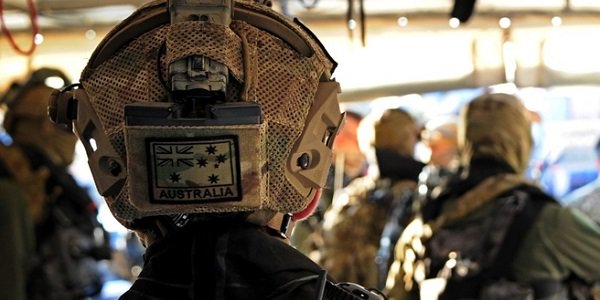 Girls at the SAS-inspired camp are led to feel uncomfortable, thinking that at the AIS no-one is giving them a helping hand which actually drives them to perform better.

The techniques of the selection process of the Special Air Service (SAS) of Australia and special forces commandos is being used by the Australian Institute of Sport (AIS) in selecting the next generation of women cyclists so they can be of gold medal standard. David Martin a sports scientist is responsible for setting up this harsh-like program.

The program is inspired by secret army techniques briefings on in order to select and train future cyclists for the program. The AIS selecting procedure is no Turkish lottery but rather emulates that of the SAS. Out of every 20 cyclists that show up at the camp only 8 remain to be trained to represent Australia in Europe cycling competitions.

Wearing a number instead of a name

The SAS has proven that over the last 100 years they have developed and honed their selection techniques of aptitudes and character. As soon as the wanna-be gold medalists arrive at the camp they are stripped of their names, and smartphones, therefore no mobile betting is allowed, and are given a number instead.

Mute is the word as far as feedback is concerned

Even more startling is that the cyclists are not told of how their performance is during their stay at the camp. This puts them off balance mentally and actually drives the cyclists to peak performance. The policy in the camp is not to help nor spoil but simply to observe.

The women are then asked to carry out a series of non-stop challenges such as sprints, hill climbing and even judo, so that they can land safely should they fell off their bikes while coaches and psychologists observe them in silence to see who will give in.

An ex-commando sergeant who was in Afghanistan and Iraq, Paul Cale, is one of those called in to try to break the girls. He said “You actually force failure, you do things to force failure. You don’t rise to the occasion, you sink to your level of training. If failure is a part of your training, if you can push people to the point of failure, they learn to overcome that failure and adapt and go beyond it.”

By the time most of them are emotionally and physically depleted they are then summoned, picked, chosen and refused just as you do in the lottery under Turkish gambling laws and in a rigorous selection process. Georgia Baker from Tasmania was one of the chosen ones while many of her mates were sent home weeping, having failed to live up to the standards expected of SAS type.

Baker says of the weeding out process “Everyone was just so silent. You could tell everyone was just so nervous. It was really hard because no-one knew what to expect”. Those who didn’t make it were given a second chance, they were told they could return in one year only if there current conditions improved dramatically.

Barras confronted the frightened girls telling them “We want winners and it’s one thing to go and talk about winning, it’s another thing to go and do it. Make sure that you get yourself fit enough.” Although this strategy might seem cold and heartless, Dr. Martin was quick to defend the gleaning process.

Cyclists came back to express gratitude

He said “They’re uncomfortable but you could actually argue, and it’s something I’ve had to argue to staff that work with me, that it’s cruel not to cut. It’s cruel not to allow them to feel the realities of being a professional athlete”. The 8 girls that remained endured 4 more days of hell.

As the camp came to end the AIS team admitted proudly that the girls overcame a lot more than they would have endured on any European tour. Dr. Martin claims that he got feedback from some of the girls who went on to the European tour touring how incredible the tour was.

The road to representing Australia is paved with SAS-like challenges

Some reportedly said of the tour “It was so hard. It was almost as hard as the selection camp I went through back at the Australian Institute of Sport”. Dr Kimberley Wells, a cyclist from Canberra, who works as a doctor said she was one of those who overcame the challenges at the camp.

According to Australian gambling news, she said she just focused on the reward of representing Australia, “I’m really tired so I’m looking forward to having a good sleep, a shower that’s longer than five minutes, and going home to my husband Doug”.