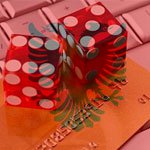 The country’s plans for “economy revival” include increased taxes.

The Albanian parliament adopted its yearly budget at the end of last week. The country’s lawmakers estimate a public deficit of 6.6% and expect a 2% economic growth for this year. Albania’s total budget adds up to EUR 3.25 billion.

With local gamblers spending EUR 700 million on foreign betting sites last year, the industry could have been a big contributor to that budget, but so far the government has not regulated online gambling sites in Albania.

Prime Minister Edi Rama is planning to change Albanian gambling laws, in order to block foreign based operators and impose taxes on all profits made within the country.

However, gambling operators hoping to enter the Albanian market should know that the Government has also increased the profit tax rate for big businesses from 10 to 15%, starting January 1. A personal tax income between 13 and 23 will also be introduced and these measures have been strongly criticized by the opposition.

The Socialist Prime Minister has been in power since September. “This is not a crisis budget, but a clear project for changes and economy revival,” he told his fellow deputies.

On the other hand, the opposition says the budget is “deeply unjust” and will lead to “financial and economical catastrophe”, which is why it has announced a series of protests for the following weeks.