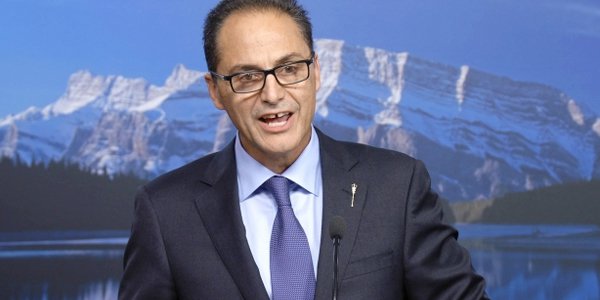 Despite the province’s need for more diversified revenue sources, Finance Minister Joe Ceci is against the idea of permitting Alberta online gambling.

Alberta is still not ready to welcome online gambling sites in Canada with open arms, according to a year-end CBC News interview with the province’s Finance Minister, Joe Ceci. Ceci said that “It’s not a policy issue that I’m fully briefed on, want to bring forward or consider bringing forward at this time.”

“I think I need to see the positives and negatives of what that might mean for Albertans before I deal with that policy issue. So, still under review,” added Ceci.

This is an unfortunate update for the Alberta Gaming and Liquour Commission. The AGLC has sought to bring legal Alberta online gambling to the province since last February, when they submitted a report and submitted it to the minister.

In the CBC News interview, Ceci confirmed that he knew Albertans were already playing on Canadian internet casinos and that a market is there if he wants it. However, he said that he didn’t think that the financial benefits made up for the public risks the legalization of Alberta online gambling posed

Said Ceci: “I understand that argument. I think there’s a downside potentially as well, and so I fully understand what those implications are. I’m not signed up.”

The introduction of legal Alberta gambling would mean a revenue boost for a province that is in sore need of it, due to the ongoing drop in oil prices. In provinces where online gambling in Canada is legalized, such as British Colombia, e-gambling had brought in $109.1 million in the 2014-2015 fiscal year, a massive jump from the previous year’s $18.1 million. Ontario has also been profiting through the Ontario Lottery Corporation’s online site, which expects to see an additional $375 million in profits over the next five years.