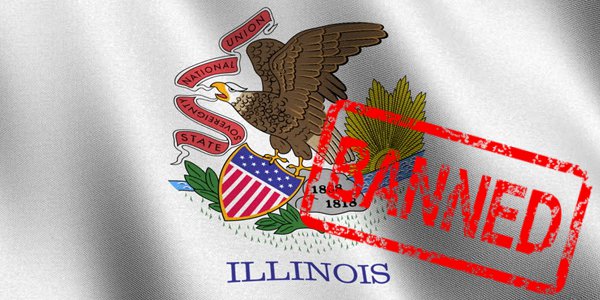 The hammer comes down on DFS in Illinois as attorney general Lisa Madigan officially bans FanDuel and DraftKings from operating in the Prairie State.

Illinois attorney general Lisa Madigan has deemed daily fantasy sports (DFS) no different from online sportsbooks in the US, saying that it constitutes as a form of illegal gambling under state law. As such, industry kingpins FanDuel and DraftKings have been asked to cease their operations in Illinois.

Madigan’s ruling is a big blow for FanDuel and DraftKings, as Illinois had been their fourth-largest market in the US behind California, New York, and Florida. 5% of their total user base—or around 200,000 paying players—come from Illinois.

FanDuel and DraftKings disagree with DFS in Illinois ruling

Both FanDuel and DraftKings are livid over this latest piece of US gambling news. They have since responded with statements that condemn Madigan’s decision.

Wrote FanDuel on its website: “Chicago may be the best sports town in the country. So why the attorney general would tell her 13.5 million constituents they can’t play fantasy sports anymore as they know it—and make no mistake, her opinion bans all forms of fantasy sports played for money—is beyond us. Hopefully the legislature will give back to the people of Illinois the games they love.”


DraftKings attorney David Boies and his client also “respectfully disagreed” with Madigan’s opinion. Said Boies in a statement: “We believe daily fantasy sports, which Illinois residents have been playing for years, are lawful under state law. We also believe, as the attorney general has said, that this is a policy question for state legislators to address… The company intends to promptly seek a judicial resolution of its right to offer daily fantasy sport contests to Illinois residents. As it does so, it will continue to abide by all relevant laws and will follow the direction of the courts. Pending that resolution the company will preserve the status quo.”