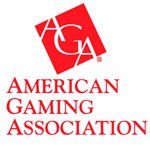 As US lawmakers evaluate competing proposals to introduce nationwide regulations pertaining to online gambling, various stakeholders are also invited to voice their views.

Thus on Wednesday it was the American Gaming Association’s (AGA) turn to finally chime in with an opinion on how American gambling laws should be changed to regulate online gambling on a federal level.

The main point of the opinion expressed at the US Senate hearing was a call to establish federal regulatory standards for American poker rooms on the internet, which individual states could then apply should they decide to authorize the game.

“Internet poker is a reality that is here to stay. The question is whether Congress will ensure minimum regulatory standards of online poker, protect consumers, exclude bad actors from the American market and provide Native American tribes with an appropriate regulatory framework,” said Geoff Freeman, the organization’s CEO.

He also warned that “the reasonable approach to online poker regulation proposed by the gaming industry is currently under threat by the gambling expansion free-for-all about to take place at the state level.”

Indeed, AGA is clearly worried that the current state level approach to regulation would not only lead to a fractured US market, but they also see federal regulation as the only chance to stop the proliferation of online gambling across the whole country.

“If the federal government fails to rapidly act, the United States may soon experience the largest expansion of gambling in its history including online slots, blackjack and other traditional casino games of chance,” claimed Freeman.

This vivid vision of the future may seem appealing to many, but the association itself is a strong proponent of banning all forms of American internet casino. Their stance clearly reflects the majority opinion of AGA’s members, who still view online gambling as a threat to their land-based interests, rather than an opportunity to seize.