Are Republicans Running For President Betting On Bubba?

News >Are Republicans Running For President Betting On Bubba? 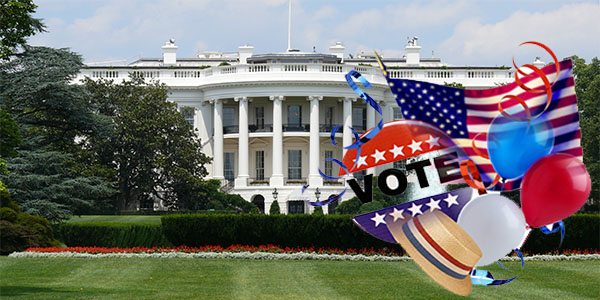 Are the divisive politics of the Republican right dooming their chances of winning the White House in 2016?

For those of you that didn’t catch Mike Huckabee on the Daily Show plugging his new book “God, Guns, Grits & Gravy”, a title over which I fully expect god to litigate, apparently there are a few bubbles in America beyond which everyone is called Bubba and thinks Beyonce is crude and vulgar. The bubbles are centered around New York, Washington and, of course, Hollywood, and are led in their outrageous lesser existence of moral torpidity by the staff of that bastion of all that is wrong with America…..Harvard.

It was a bravura performance from the ever expanding Huckabee, who is rumored to feature in the upcoming Star Wars film franchise as a Death Star, facing down the ever snippy John Stewart as the latter patiently and repeatedly pointed out just how purposefully divisive and hypocritical the former Presidential candidate was being in what was, to be honest, his best audition yet for hosting “Meet The Press” just as soon as someone in the media with sense makes it happen.

Mike Huckabee’s portrayal of America was, of course, exceedingly amusing. It was, after all, on a comedy show, a comedy show that has given us greats like Stephen Colbert, John Oliver and Larry Willmore, the latter kicking off “The Nightly Show with Larry Willmore” just this week. Mike Huckabee was just another joker on the flagship topical comedy show in the USA today looking like he should probably lay off the grits and gravy. The things these people will do to sell a book, eh? But of course there’s more to it than that.

The 2016 Presidential Election looms large over everything these days as both sides of the aisle are taking every opportunity, and leveraging all the supporters and allies they can, to smooth the way before their candidates. Not so much in the race proper between those selected two, but ahead of that in the primaries that have become so fraught, especially for the Republicans. Mike Huckabee may be a redneck joke in an expensive suit large enough to paper a planet, but his attitudes aren’t.

That bizarre view of a divided America is, of course, a bit of a fiction made real, a division created by those with a political agenda and vested interests in splitting apart their core base of support from any influence that might cause that base to shift, their stock in trade being the false impression of liberal landmass elsewhere as if abroad with a foreign ideology being foisted on the poor defenseless ‘real’ Americans that don’t live in the elitist coastal bubbles of degenerate godless heathen scum.

It is one Republicans have come to reply upon. They have to. The radicalization of their base at the hands of the firebrand Tea Party leave them no option but to pander to this ego-stroking notion they’ve sold to certain people that the voters in, say, Arkansas are more worthy and “better” than their counterparts in New York or Washington. However it then becomes a millstone around the neck of whomever they choose to run as it hampers their ability to win over undecided voters.

The floating voters of America do not like being told their “one nation under god” is divided, it is a message they know to be flawed, especially if they quite like Beyonce, and when a Policeman in Dover gets 23,307,239 hits (I just checked) on Youtube dancing to Taylor Swift’s “Shake it off” whilst driving his car, is the vulgarity of modern pop music and the degeneracy of Hollywood still the drum the Republicans should be beating? Do even the base of Republican voters believe that these days?

The radical right’s firm grip on the Republicans (but not reality) taints not just the primaries themselves with their idiocy (remember the Republican debate in 2012 in which some candidates raised their hand to indicate they didn’t believe in evolution) but also the decisions of people as to whether or not they should run for the highest office in the land in the first place. To look at the field of candidates at the moment it would appear only the pre-tainted have a chance anyway.

Will Romney Derail Bush Vs Clinton The Sequel?

Republicans are traveling the length and breadth of the US gambling laws of nature won’t be too evidently broken when they run the chinless wonder that is Jeb Bush, against the frankly quite unlikeable Hillary Clinton. Bet365 already has these two out in front with the crinkled lady garnering 6./5 on grabbing the White House and the preppy pasty faced patsy just 9/2 to achieve the same. Of course these aren’t the only two running, but they’re the ones leading the field.

What surprises people is the rest of the field, which in of itself goes some way to explaining why out of 316,000,000 people both sides have begun to fix upon people from families that have provided previous Presidents. The next candidate down the odds from Hillary and Jeb is Mitt Romney at 11/1. Yes, that’s right, Mitt ‘I hate half of you’ Romney is back again to take another bruising and cost his friends some more money. Perhaps he’s gambling news reports of his attitudes towards 47% of Americans will be forgotten by now, eh?

Marco Rubio is comes in at 12/1 before a gaggle of 16/1 shots that includes the Mick Huckabee sized Chris Christie, the delightfully bonkers Rand Paul and Elizabeth Warren who is perhaps the caviar in the congressional cheese burger. Joe Biden gets 25/1 which is kind of them, Bet365 are amusingly sweet at times, as is apparent when you consider you can get 66/1 on Sarah Palin being sworn in as President after the 2016 contest, the same odds as they’ll give you on Rick Santorum.

Overall the Democrats are 4/7 (1.57) favorites to win the White House in 2016 with the Republicans a rather starkly significant distance away at 5/4 (2.25) despite their mid-term victories. Which candidates will eventually run off against each other to snap up the best job in politics? Well if you like to bet on sport in the US there’s no reason you won’t like betting on politics as well, so check out Bet365‘s election market and put your money where your vote will be in 2016.