Atlantic City Casinos at Risk to Shut Down

News >Atlantic City Casinos at Risk to Shut Down 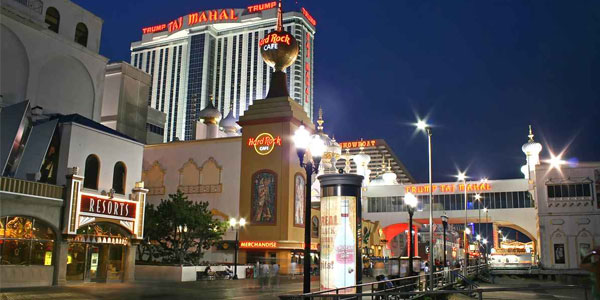 It’s been a hard past few years for Atlantic City casinos, and times may be getting tougher after gambling news was reported today that four of the city’s casinos may be forced to shut down. The Trump Taj Mahal casino is among the four that could be shut down, although Donald Trump no longer owns the casino or the hotel.

Atlantic City Casinos have been Hurting for Years

In the 1940’s and 50’s Atlantic City was one of the hottest spots in the country thanks to the beaches and hotels. Things began to go south in the 70’s as crime and debt increased, and as a way to help bring some life in the city again, New Jersey legalized gambling here. That turned out to be a good decision, at least for a while, as Atlantic City drew people from all over the country to gamble.

Things are different here now, as Atlantic City casinos have been in decline for years. A third of the city’s casinos were closed in 2014, and the passing of this bill seems likely to be a death sentence for gambling revenue here.

New Jersey Governor Chris Christie signed two bills last week in an attempt to save Atlantic City casinos. Under these bills, New Jersey would provide Atlantic City with a bridge loan. Some of the gambling revenue obtained from outside the city would be put back into Atlantic City, which would also receive payments from casinos instead of property taxes.

The great news is that even if you’re not in any Atlantic City Casinos, you can still play your favorite casino games online! Check out GamingZion’s list of online casinos in the US to find the site that is right for you!