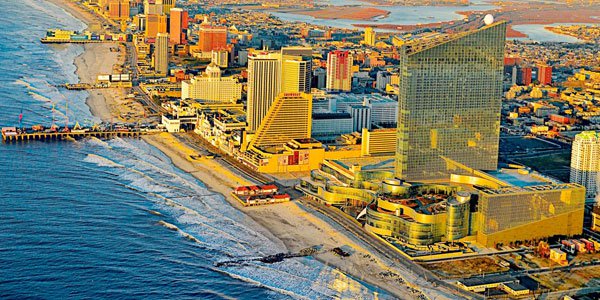 Apparently it isn’t just economic hardships that are to blame for Atlantic City feeling the squeeze, as it now emerges one of its biggest enemies is their very own Governor

Last year Atlantic City’s woes were big news in the gambling news pages as the jewel of the east coast found itself getting squeezed on all sides. Gone were the days of its duopoly with Vegas, and indeed whilst Vegas seemed to be re-purposing itself for a post-banking crisis world, Atlantic City seemed to lag behind and suffer the consequences. The bankers might have stolen everyone’s money, but they took Atlantic City’s hopes and dreams too.

The increased pressure on the State’s gambling basis was slow in coming with the rippling legalization of gambling that swept across cash-strapped states slowly building up the competition on New Jersey’s borders, lessening the need for people to travel to the coast to gamble, and whilst the domestic market stayed closer to home, the jet set were winging their way to the seemingly sparkling dream land in the far east that is the island of Macau.

The Atlantic Club’s closure opened the floodgates and within just months the Revel, Showboat, Plaza, and Taj Mahal all shut their doors and went out of business leaving the Broadwalk with a scattering of empty shells that towered on the shoreline, monuments to a failure of forward planning and sensible banking regulations. With so many large scale employers leaving town the jobs they took with them were hard to replace, and it’s still a struggle the city is enduring.

Rejuvenation of the city’s fortunes was, of course, promised by city and state officials, their grandiose schemes looking to shift the emphasis of the city away from gambling enough that it might attract other interested parties who might have different uses for the empty hotels and casinos. These even included a university using one as a campus facility, and another being turned into a boutique hotel of a more conservative size, but that wasn’t enough.

The Revel had opened in 2012 to much fanfare, and indeed the plaudits of the State’s Governor Mr. Chris Christie who stood in front of it during the opening and described it as a model for reviving the city. Just two years later it closed having failed to attract enough business to continue operating, which left the $2.4 billion construction worth far less in a city where gambling revenues had almost halved in just a few years.

The Revel was perhaps the biggest failure in terms of size and economic or fiscal loss, but the biggest loser is almost certainly Chris Christie, a man so large he could do with losing some of himself anyway. His insistence that the opening of the Revel heralded a new beginning for Atlantic City was probably the right political move at the time, demonstrating optimism and determination on the part of a governor that was good at appearing as if he cared.

Atlantic City Hung Out To Dry?
• Casino closures last year left economic hole
• Why then is investment being stalled?
• Is Christie responsible for stiffling investment?

Of course when it closed it got hung around his neck like a political albatross and he has been trying to shift it ever since knowing that a failure of economic policies in his home state would simply destroy any chances he might have of becoming President, and if there’s something we’re all learning now it is that Chris Christie really, really wants to be President after the 2016 election, and thus far, it appears no one has told him he doesn’t have a hope.

Sadly for Atlantic City Chris Christie is willing to do anything to improve his chances of a shot at the White House (or more realistically perhaps being a vice-presidential candidate) and has thus been courting voters in the all-important Iowa Caucus catchment rather than worrying about issues closer to home. Worse still it appears now that Atlantic City was not just forgotten and abandoned but is now being actively betrayed by the fat man with pretensions of leadership.

Amaya Zinged With No Grace

The 2012 effort to rejuvenate Atlantic City with the Revel was just part of a much larger statewide effort to increase the economic prosperity of New Jersey with the state legislator passing a legalization of online gambling bill to attract more business to the state, however in recent weeks that effort has been betrayed. The Canadian firm Amaya Gaming bought up PokerStars, a massive online concern, and sought to bring it to New Jersey.

Their plan for a $10 million US poker room in the second largest gambling market would have created employment and perhaps kick started a re-swelling of the region’s economic coffers, but the deal has been blocked, and blocked, say those in the know, by Chris Christie whose new friends and donors, particularly one Sheldon Adelson, don’t wish to see legal online gambling anywhere in the US for fear it might harm their casino’s revenues.

“Why would we rebuff a company that wants to make a major investment in Atlantic City while everybody else is sort of backing off? I just don’t understand it. It doesn’t make any sense at all.” Said Bob McDevitt the President of the Unite Here Local 54, “My understanding is that it was the attorney general’s office and the governor who are holding up the approvals.” Which almost certainly true, Mr. Christie unwilling to license the massive online operator whilst he needs Adelson’s cash donations.

Adelson wants to see a change in US gambling laws that would make online gambling illegal, and those that don’t support him in that aim will not get the benefit of his huge quantities of cash during the 2016 presidential race, so Christie, who already borrows Sheldon’s plane from time to time, isn’t going to license anyone new to operate in Atlantic City, willing to pay for his dreams of the White House with the suffering of Atlantic City’s citizens.