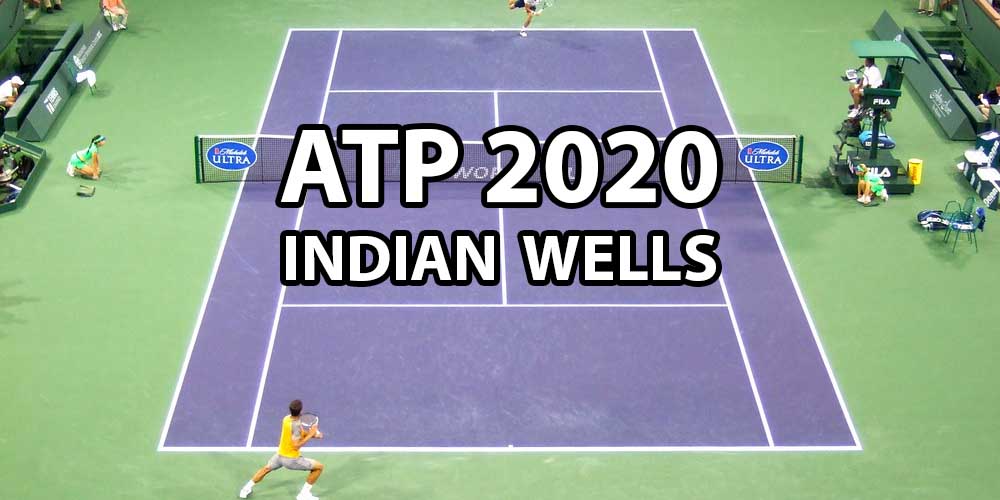 Next week we can see the best tennis players in one of the most famous tournaments, at Indian Wells. In the ATP Indian Wells 2020 betting odds, Novak Djokovic is the favorite, but of course, Nadal or some other player can win as well.

Update: The organizers at Indian Wells have just announced that they canceled the tournament as a safety measure to stop the spread of the new coronavirus.

The Indian Wells tournament is part of the Grand Prix Super Series, which includes eight other tournaments. But Indian Wells is probably the most famous of them, which means most top players are taking part in it. The main Stadium is the second-largest in the world with 16,000 seats, though it might not be full this time. At the moment the tournament is going ahead as planned though organizers are monitoring the situation as online sportsbooks in the US were reporting.

Novak Djokovic has the smallest odds, 2.235 to win the tournament at 1xBet Sportsbook, even though last year he went out in the third round. But of course, he has already won here a few times before, last time in 2016. In 2019 he won two Grand Slam titles in Melbourne and in Wimbledon, where he defeated Roger Federer in an epic final which lasted almost five hours. This year Djokovic is leading the world ranking again, after losing it to Nadal for a short time. He won his 8th Australian Open title a month ago, and he seems to be in great form again.

His biggest rival, as always is Rafael Nadal, who has the odds of 4.48 in the ATP Indian Wells 2020 betting odds. Nadal is second in the ATP ranking at the moment, with 370 points behind Djokovic. He also won two Grand Slam titles last year, his 12th Roland Garros and his 4th US Open titles. The Spanish star also helped his country to win the Davis Cup at the end of the year. But in 2020 so far he hasn’t been that convincing. He lost against Djokovic at the ATP Cup final, while in the Australian Open he only reached the quarter-final. There he lost the game against future finalist  Dominic Thiem. Still, Nadal is also generally doing great in Indian Wells and has every chance to win the tournament.

Young stars are also in the favorites

Online gambling sites in the US are also mentioning new superstar Dominic Thiem in the favorites with the odds of 12.50. He is the defending champion in Indian Wells after defeating Roger Federer in the final last year. The Austrian talent also reached the final of this year’s Australian Open, where he lost against Djokovic. Even though Thiem hasn’t won any Grand Slam yet, he has already reached three GS finals and also won 16 ATP Tour singles. He can be one of the big tennis players of the upcoming years, after the retirement of the older stars.

Just like Daniil Medvedev who is currently world No5. In the absence of Roger Federer though he was seeded 4th by the organizers. Medvedev had his breakthrough last year when he managed to reach six finals, including the US Open. Though he lost there against Nadal, still it was a great success. The Russian was also playing in the ATP Cup this year, where he was also defeated by Djokovic. In the 2020 Australian Open he reached the fourth round, where he was eliminated by Stan Wawrinka. But Medvedev can get a better result now, his odds are 11.00 to claim the title.

You can see more about these odds here at 1xBet Sportsbook!