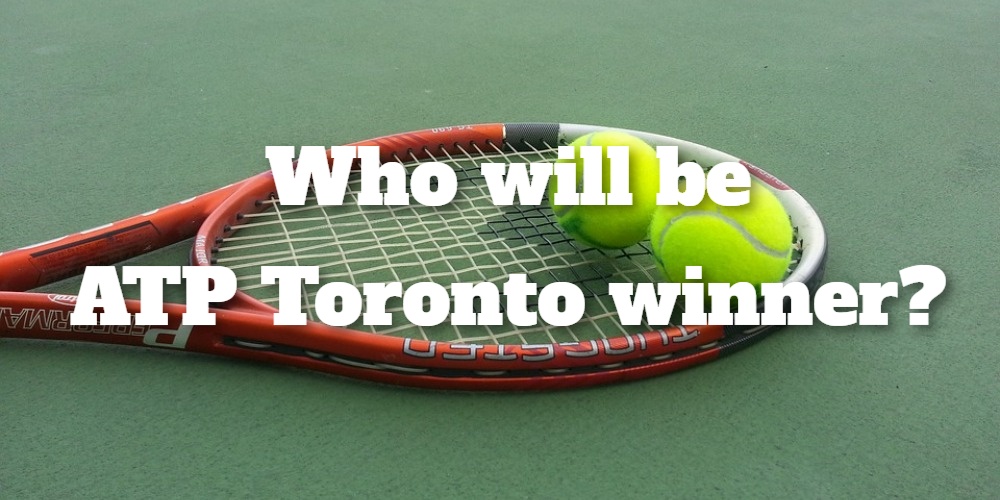 Some of the top men’s tennis players are competing this week in Canada in the ATP Masters 1000 tournament. Including world No2 Daniil Medvedev and world No3 Rafael Nadal who are the biggest favorites in the ATP Toronto winner odds. But other top 10 players like Tsitsipas, Rublev, and Shapovalov will also aim for the title.

The tennis elite headed to Canada this week where the second-oldest tournament of the sport, the Canadian Open is being held. This is the 131st edition of the event which returns to the calendar after the cancellation of last year’s open. Rafael Nadal is the defending champion and one of the most successful players in the tournament’s history with five wins. The Spanish star will take part in this year’s event as well along with other top 10 players. Like Daniil Medvedev, Stefanos Tsitsipas, and Andrey Rublev. The tournament is played on hard courts and offers a great opportunity to compete ahead of the last Grand Slam of the year, the 2021 US Open.

Russian Daniil Medvedev is the top seed of the 2021 Canada Open and the biggest favorite by online sportsbooks in Canada. His odds to win the tournament are 3.86. Medvedev reached the final two years ago where he lost against Nadal. Now they can meet again in the final if both players advance there.

The world No2 first will play against the winner of the Daniel Evans vs Alexander Bublik tie, while Italian Jannik Sinner can wait for him in the third round. Which promised to be an exciting game after Sinner won the Washington Open last week.

The five-time winner of the tournament, Rafael Nadal has the odds of 4.70 in the ATP Toronto winner odds. The Spanish player took part in his first hard-court tournament last week where he was knocked out early. He could take revenge on the player who defeated him in Washington, South African Lloyd Harris. The world No3 has withdrawn from this year’s Wimbledon and the Olympics as well but is hoping for a great result in the US Open. Winning the Canada Open for the sixth time would be a great sign ahead of it. And Nadal could equal Ivan Lendl’s record of six victories.

Tsitsipas, Rublev, and Shapovalov in other favorites

Stefanos Tsitsipas has been having a fantastic season this year after winning his first ATP Masters title in Monte-Carlo. He also reached his first Grand Slam final in the 2021 French Open where Novak Djokovic defeated him. After his early exits at Wimbledon and the Olympic Games, the Greek player can bounce back in Toronto. Tsitsipas also reached the final here in 2018, losing to Nadal in two sets. His odds to win the tournament now are 6.50 on 22Bet.

online sportsbook sites in Canada also mention their local favorite, Denis Shapovalov with the odds of 16.00. The Canadian reached his first Grand Slam semi-final in this year’s Wimbledon. So, after defeating Andy Murray, Roberto Bautista Agut and Karen Khachanov on his way. With his great performance, he moved back to the top 10. Now he can aim for his first Master title on home soil. World No7 Andrey Rublev is the fourth seed of the tournament and has an odds of 8.60 to win the event. The Russian has been in good form this year, while he also won the Olympic title in the mixed doubles. But Rublev won’t have an easy job in his first match against the winner of the Jan-Lennard Struff vs Fabio Fognini match.