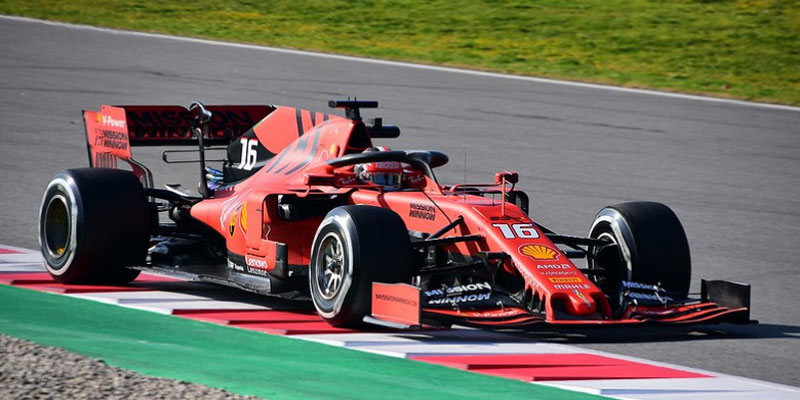 Formula One is back on track on September 01 in Belgium. Bookmakers favor Lewis Hamilton to win again, while Sebastian Vettel is next on the odds list. However, according to our Belgian Grand Prix 2019 winner predictions, the betting value lies in Charles Leclerc.

Belgian GP is the first race after the Formula One’s summer break and the 13th race of the 2019 season. The race will be held at the Circuit de Spa-Francorchamps in Stavelot. Online sportsbook news in Belgium reported the distance to be 309 kilometers along 44 laps. Belgian GB does not look that tough, but the contest will certainly be at the highest level.

The dominant driver at the Belgian GP is Michael Schumacher with six wins. Whereas, the Brazilian legend Ayrton Senna had five wins. Among the current rivals, Kimi Raikkonen won four times, while Lewis Hamilton and Sebastian Vettel each won three times. Our Belgian Grand Prix 2019 winner predictions do not back any of the defending champions. Instead, we opt for the youngster Charles Leclerc to shock the world.

Leclerc priced up as a realistic winner

Charles Leclerc has been priced up as a realistic winner with 4.00 odds at Bet365 Sportsbook. The 21-year-old has made the top three four times in the last six races. He did not finish outside the top 5 in all but two races this season. Thus, the rookie sits currently 5th in the Drivers Standings, and most importantly he has been frequently quicker than his teammate Sebastian Vettel. Leclerc has a very good chance to prove he is a top class driver with a first 2019 win in Belgium.

The four-time world champion from Ferrari Sebastian Vettel has not won a race yet in 2019. Despite Vettel’s poor campaign so far, there are some emerging signs for him to do better next time. In the last race at Hungaroring, he finished third past his Ferrari teammate Leclerc. Prior to Hungary, Vettel finished second at Hockenheim. Belgian GP could be quite promising for Vettel.  The Ferrari ace enjoyed an 11-second win 12 months ago to make it three victories in eight years at Spa-Francorchamps. Therefore, Vettel triumph looks with a fair value of 3.75 at online sportsbooks in Belgium.

Verstappen one of F1’s most consistent performers

The Red Bull superstar Max Verstappen is another strong contender with a value of 9.00 at Bet365 Sportsbook. He ranks third in the current Drivers Standing, after winning in Austria and Germany. Being one of F1’s most consistent and fast performers, there is no doubt that Verstappen can capture a third victory in Belgium.

Hamilton a solid pick as always

After another masterful performance in Hungary, Lewis Hamilton looks very close to seal a sixth world championship. As for now he made eight wins from 12 rounds, and he leads at the Drivers Standings with 62 points. Hamilton is a solid pick as always with 2.37 odds. So, if you want to play it safe, you can go with Hamilton. But, if you are looking for a wildcard then pick Leclerc, according to our Belgian Grand Prix 2019 winner predictions.

To see all the best Formula One odds, just have a look at our latest review bout Bet365 Sportsbook.