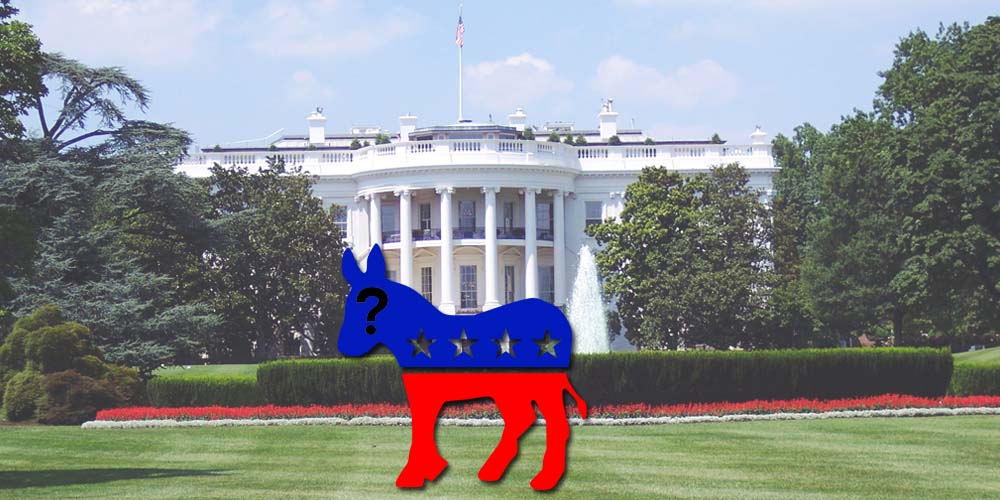 We’ve already seen Eric Swalwell, Mike Gravel and John Hickenlooper drop out, but the rest of the democratic field is hanging tough, just waiting to see who gives up next. That means if you want to bet on the 2020 Democratic nominee for President there’s still plenty of choice at the bookies like Bovada, one of the best online sportsbook sites in the US today, but deciding which of the myriad of options will win through at the convention is by no means an easy feat.

In an ideal world by now the Democrats would have rallied around a central uncomplicated candidate who would already be taking the fight to the incumbent president in preparation for the election next November. Unfortunately, as they constantly point out, the Democrats don’t live in an ideal world and thus your bet on the 2020 Democratic nominee is just that little more difficult. If they can’t decide among themselves who should take on Donald Trump, how can any of us?

2020 US Election Odds at Bovada

Those spurning a regular bet on sports in the US to bet on the 2020 Democratic nominee are entering into a far more risky market than the NFL, political wagers in the US are subject to notoriously fluid influences.

Elizabeth Warren is the current favourite to be given the support of her party getting 12/5 at bookies like Bovada, but she’s still attempting to placate her way out of the Native American mire and is under pressure from the far more likeable, but far less capable.

Bet On The 2020 Democratic Nominee Race At Bovada

Joe Biden is 5/2 at the bookies for anyone interested in a bet on the 2020 Democratic nominee, but whilst he occupies the middle ground between the continuation Warren represents and the radical approach of Bernie Sanders (currently 13/2 to get the nod) that doesn’t translate in an ability to attract supporters from both sides. These three represent the more traditional wing of the Democratic party, but some believe against Donald Trump “traditional” might not work.

That’s one of the reasons there are so many running. With the old uncertainties crushed under the Trump juggernaut Kamala Harris gets 11/2 with Pete Buttigieg 13/2. Along with Cory Booker, Andrew Yang and Tulsi Gabbard these are the new-wave that insists the more experienced candidates all have experience of a political landscape that no longer exists, and that anyone in the US gambling laws of traditional politics still apply is due for a rude awakening next year.

Fundraising Could Be Key To Who Gets Party Support

It will, in due course, come down to a question of funding. The party will go where the money is because fighting Donald Trump, an incumbent with a serious electoral math advantage, is probably going to get very expensive. Sanders is leading in those stakes with $25.7m contributed this quarter, Buttigieg getting nearly $25m and Biden $22m, although he’s been spending a lot of that just staying afloat and might not be the best bet on the 2020 Democratic nominee this time.

The surprise is that the favorite among those placing a bet on the 2020 Democratic nominee, Elizabeth Warren, isn’t doing that well in fundraising, well down on the rest at $19.2m this quarter, and that doesn’t bode well. So whatever the odds at Bovada, one of the best online betting sites in the US these days, just remember the money matters more, and you might want to place yours where everyone else is throwing theirs, in case they know something you don’t.