Best Cyclists of all Time

News >Best Cyclists of all Time 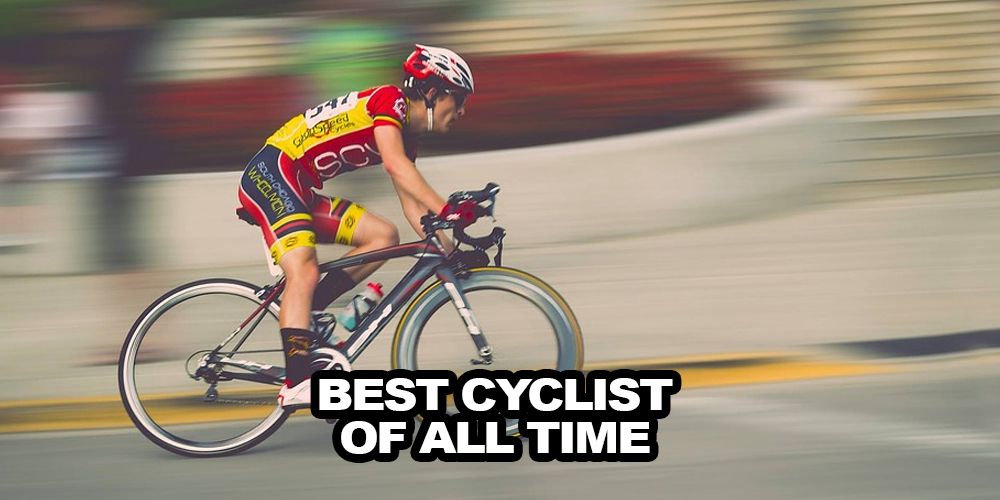 Though the sport of cycling was shadowed by several doping scandals in recent years, there are still real sportsmen who achieved their results without using any forbidden substances. From the early ages to the most recent time, we had a look at the best cyclists of all time.

The following cyclists all won one or even more of the biggest Grand Tours, and achieved great results in other main competitions. They are generally good in all kinds of riding from sprints to climbing, their versatility made them the best cyclists of their time.

We should start with one of the best cyclists of all time, Belgian Eddy Merckx who won the Tour de France five times between 1969 and 1974.  And that’s not all, he also has five victories from Giro d’Italia and one from the Vuelta. It’s an incredible performance from the ‘Cannibal’ who won the Tour in 1969 with more than 18 minutes ahead of his pursuers, winning the yellow, the green and the dot jersey at the same time. Merckx also won three World Championships, and every major one-day race except the Paris-Tours. He was also good on track and set the new hour record in 1972 which stood for 12 years.

He was followed in time by a similar great rider, French Bernard Hinault who has the nickname the Badger. It refers to his nature which was quite aggressive, no one dared to mess with him. It wasn’t the only reason that he was the patron of the field, he controlled the pace, talked to the organizers and he decided which riders can attack. He might have been too popular with the fans and other riders, but he achieved great results anyway. Five wins in the Tour, three in Giro and two in Vuelta.

He is the only rider to win all Grand Tours more than once, and also to finish on the 1st or 2nd place on every Tour he took part in. Hinault is the last French winner of the Tour de France. Online sportsbooks in France are hoping the next one can be this year. Thibault Pinot has the odds of 9.00 to win the Tour in 2020 at Unibet Sportsbook.

Another French rider, Jacques Anquetil was the first cyclist to win the Tour five times. He did it between 1957 and 1964. In his 1961 victory he was leading the race from the first to the last stages, as he predicted it before. He wasn’t lacking confidence, but he had a reason for that. Anquetil was exceptional on individual time trials. He won a bronze medal in the 1952 Olympics in the 100km time trial.  He also won the Giro twice and the Vuelta once- While the one-day race of Paris-Nice five times. The French cyclist also broke the hour record which was held by his idol, Fausto Coppi.

Fausto Coppi was the most dominant rider around the Second World War. He won the Italian Grand Tour, Giro five times, the first at the age of only 20. Also finished on top twice in the Tour and won the gold in the World Championship in 1953. He might have achieved even more without the war, and he didn’t have a chance to ride in the Vuelta. Still Coppi got wins from other races as well, like the Milan-San Remo classic three times or the Paris-Roubaix race. He got 28 one-day road race victories in total.

Spanish Miguel Indurain has also won the Tour five consecutive times between 1991 and 1995. Plus twice the Giro d’Italia. Interestingly he couldn’t win his home race, the Vuelta. Though he is the youngest rider to have it lead at the age of 20. Indurain also won the World Time Trial Championships in 1995 and the Olympic gold in 1996. He was a calm rider, not like some of the already mentioned cyclists, and didn’t like the spotlight at all.

Not like Italian Mario Cipollini, who is one of the best sprinters of all time. Cipo had an amazing 191 victories from the years 1989 to 2005. He won the red jersey three times in the Giro, besides his 12 stage wins in the Tour. He also got several one-day race victories from the World Road Race Championship to the Milan-San Remo race. His behavior was often flamboyant, and not without scandals, but he was still loved by fans. Italian race Giro d’Italia has been postponed this year for a later date. Odds should be available on Unibet when new dates are confirmed.

Irish cyclist Sean Kelly was the most dominant rider in the 1980s. Though he only had one victory in the Grand Tours, Kelly was one of the finest classics riders of all time. He won the Paris-Nice seven years in a row, plus the Milan-San Remo, Paris-Roubaix and other one-day races. He also won the first Road World Cup in 1989. Besides he became the first cyclist to hold the World No.1 rank after its introduction in 1984.

One of the best cyclists of today is English rider Cris Froome. He has already won the Tour four times, and will try to win it again. Online gambling sites in France are mentioning Froome in the favorites. He has the odds of 6.00 to win the tournament at Unibet Sportsbook. Froome also won the Giro in 2018 and the Vuelta twice. Though he was struggling with injuries last year, he has started to train again this year with the aim of getting his fifth victory.