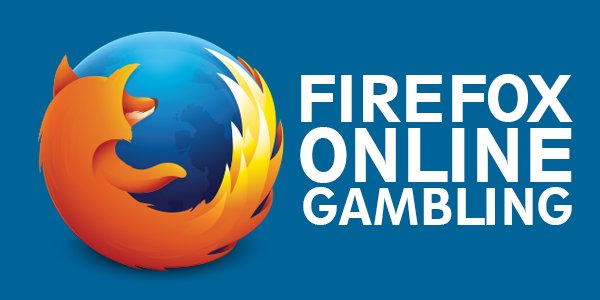 If you’re planning to use Firefox to access internet casinos, you’re at the right place! It’s time to reveal which are the best Firefox proxies for online gambling in 2017!

Firefox was released to the public during the reign of Internet Explorer as the most popular program to surf the web. Until January 2012, it was the second most popular browser, as Google Chrome was taking the world by storm. Nowadays, Firefox is the second most used browser on the world, so it’s understandable why so many people would like to use it for online gambling.

Firefox can be ready and set to use on your computer in a few minutes. Just download it from here, launch the installer and you’re are free to browse. Unlike Opera, in order to use Firefox for online gambling from a restricted country, you’ll need to download some extensions. According to Digital Trends’ review, Firefox has a vast catalogue of extensions, which proved to be true. However that catalogue fails to cover some important, for example Free Firefox proxies for online gambling.

Based on other technical overviews, Firefox is not the best browser if you’re looking to extend your computer’s battery life. On the other hand, it offers a nice interface, which is really comfortable to navigate after some getting-used-to. Initially, you might see a bit too many icons next to the search bar, but you can remove them in 2 clicks. Generally speaking, there should be no problems with the use of this browser.

Firefox proxies for online gambling in 2017

Why do you need a Firefox Proxy for online gambling? Because huge number of internet casinos are restricted in specific countries. We must point out, if gambling is illegal in your country that status will not change with proxy or VPN extensions. If you’re not sure about online gambling regulations the best thing you can do is to contact your attorney and ask for his/her help. In many countries gambling is grey area, so potential players are not facing risks when enjoying an online casino. Proxies are here to help them access their internet casino of choice.

Hoxx VPN Proxy can be installed for free in Firefox, and once you’ve done it you’re required to create an account. We know, most players would prefer an extension which works automatically and without an account, but believe us, Hoxx VPN Proxy is worth that 1 minute you’ll spend setting it up. Hoxx VPN Proxy claims to be the perfect tool to “to bypass filtered or blocked websites such as NetFlix, Hulu, Spotify or sites that have been blocked by your government or for licensing reasons,” and upon our test, it definitely fulfilled this promise.

In its free version, Hoxx VPN Proxy for Firefox offers not less than 23 virtual locations, including Sweden, UK, France, Spain, and Russia. All of this will be available once you’ve installed the extension and signed-in. If you’re planning to use Firefox for online gambling, you should definitely give this Proxy/VPN a try!

Other Proxy and VPN extensions

There might be thousands of extensions available for Firefox, but the selection is lacking when it comes to proxies. We tried numerous of the top-rated proxies, some of which worked perfectly in Chrome, but none of them satisfied our needs. The biggest problem with other Firefox proxies is that they don’t offer free services, and even if they do it’s only for a very limited time, such as 2 days. According to user reviews, many of those extensions were working perfectly in the past, but they either become monetized or incompatible. Let’s hope that Hoxx VPN Proxy will not end up the same!