Best Gamblers of All Time in History 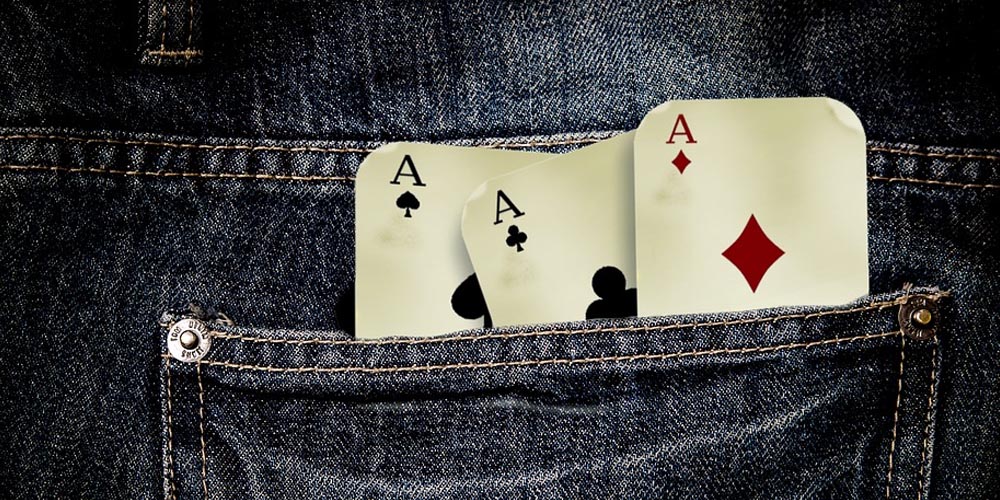 Ready to find out who are the best gamblers of all time? In our article, we will talk about the best gamblers with the highest net worth and how they got there. Almost all of the gamblers have failed. With so many to choose from, making a list of some of the most successful gamblers in history might sound like a herculean task.

Best Gamblers of all times:

As it turns out, there are fewer success stories than you might think. Here are our picks for the 5 most successful and best gamblers in history. And as you are about to find out, some of them earned their fortune by playing online poker at Bet365. Here’s the list:

The inventor of card counting Edward E. Thorp was born in Chicago in 1932. He finished a Ph.D. in mathematics from UCLA and worked as a math professor from 1959 till 1977. Edward wrote the book on card counting. Beat the Dealer was the first book about card counting that mathematically demonstrated that you could beat the house edge in blackjack by tracking the ratio of high cards to low cards left in the deck. He used his card counting techniques personally in Lake Tahoe, Las Vegas, and Reno, starting with a bankroll of $10,000 provided by his friend Manny Kimmel. Their first weekend at the tables, they won $11,000. Thorp was also one of the first card counters to use disguises to prevent casinos from backing him off.

He’s also known to have won at baccarat, backgammon, and roulette, using various other advantage techniques, some of which are now illegal. He is also considered to be one of the best gamblers of all time.

A true legend in sports betting, Billy Walters started from humble beginnings in Munfordville, Kentucky where he and his siblings were raised by his grandmother. His grandmother had to raise him, as his father died, and his mother ran off. Not everything about his story is rosy, though. He was also convicted of insider trading and is serving five years in prison.

With a father professional poker player and an uncle professional gambler, it was no surprise that Billy made his first bet at the age of nine. Almost 30 years later, he was running his bookmaking service which was then illegal in Kentucky and for which he was fined $1,000. So, he packed his bags and moved to Las Vegas. According to reports, he makes about $15 million a year and has made as much as $2 million in a day. His net worth is estimated at $200 million. He has Hollywood celebrities like Bruce Willis and Ashton Kutcher running his errands. Billy has been winning sports bets consistently for 30+ years and thus he is among the best gamblers of all time.

Born in California, Phil Ivey is an American professional poker player. He is known for being the youngest player ever to win ten World Series of Poker bracelets. Ivey won his bracelet in 2000 when he became the first to defeat Amarillo Slim at a WSOP final table. He began playing poker when he was only 8 years old. His grandfather taught him how to play five-card stud poker. Inspired by the game, as a teenager, Phil Ivey created a fake ID to get into the casinos in Atlantic City.

Ivey is the fifth most winning poker player in tournaments and has accumulated a net worth over $23,100,000. It is an interesting fact that until 2011, according to online gambling sites in the U.S Ivey also used to be the biggest online cash game-winner ever. He won $19,242,743 playing online poker. He won $12,000,000 playing Punto Banco at Mayfair Club, Crockfords Casino in London. But he ended up suing the gambling venture as he was refused to be paid. The reason was that according to the casino he and his playing partner Cheung Yin “Kelly” had used a trick called edge-sorting. He got involved in several legal processes trying to defend his position. But the UK court eventually ruled in favor of the casino claiming that his actions were considered as cheating.

Mathematics genius Bill Benter was born in 1957 in Pittsburgh, Pennsylvania. After finishing a degree in physics, he decided to use his skill to count cards at blackjack tables in Las Vegas, improving his methods with the help of Edward Thorp’s Beat the Dealer. Benter’s gambling journey started when he moved to Las Vegas in his early 20s. He was soon introduced to the leader of an Australian card-counting team, Alan Woods, who impressed Benter with stories like the time he snuck $10,000 in his underwear through Manila airport security. Benter was soon earning $80,000 per year counting cards with Woods. Self-taught brilliant Bill learned advanced stats and programming. Benter developed the mathematics powering the software. He used a vast array of variables to get the edge on the average gambler. He re-created and expanded it so that it looked at prices to determine where the truest advantage was.

His name is at the top for the best gamblers of all time.

The story of the Massachusetts Institute of Technology blackjack team is so spectacular that it inspired the 2008 movie “21” starring Kevin. The actual story started with Harvard student Bill Kaplan. He developed a blackjack card counting method and moved to Las Vegas in 1977. He turned $1,000 into $35,000 over nine months before finishing his degree at Harvard.

Kaplan began managing card-counting teams in Las Vegas and formed a team on the East Coast. A chance encounter with MIT student JP Massar began one of the most infamous gambling stories of all time.

Massar and a few fellow MIT students had already studied card counting and formed a club of sorts. Kaplan began even more formal training, while the group eventually branched out to include students from other universities. Members of the group were eventually going to Las Vegas to play nearly every weekend, making sure to keep a low profile. They worked for nearly a decade with various members coming and going, employing nearly 80 members at one point while counting cards across the world. But casinos were getting better and better at catching counters and many of the team members were banned by the early 1990s.

The MIT blackjack remains one of the most sophisticated successful and best gamblers of all time.

Do you feel inspired? If so, we will gladly recommend you to look for online gambling sites in the U.S. where your dreams may come true.